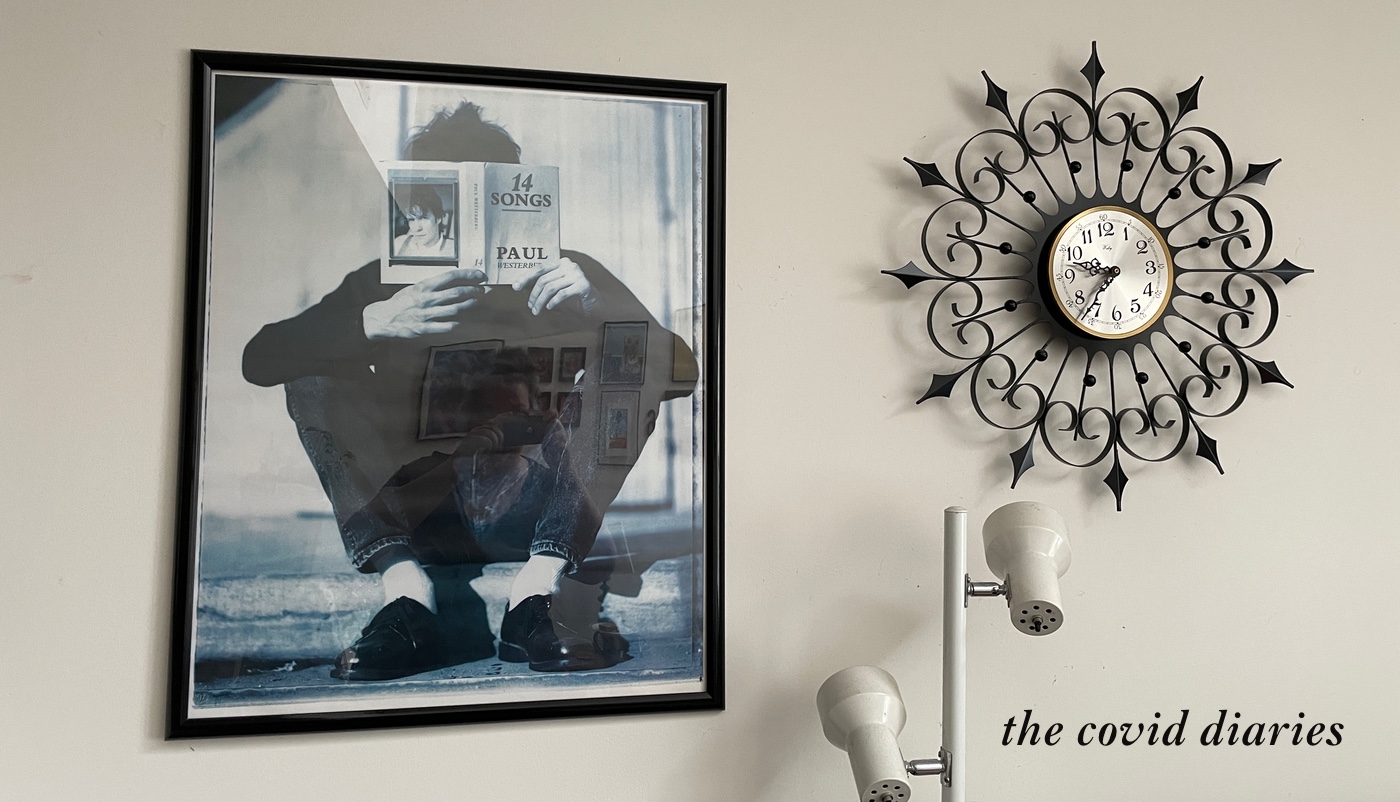 Today is Paul Westerberg’s birthday and I’ve spent a lot of the day thus far contemplating what my life would be like without his music. What if Kelly McKnight hadn’t given me money to play The Cam’s jukebox? What if he hadn’t specifically said, “Play some Replacements?” What if I didn’t listen? What if I had chosen “Someone Take the Wheel” instead of “Merry Go Round?”

If any of those things had turned out differently, Marty McFly, Jr. would be looking at the 2015 Internet with I Will Dare dot com slowly fading from the screen. And it’s kind of a miracle that it happened like it did because even thought Kelly McKnight was a total HHBL* I rarely listened to him.

I rarely listen to anyone, even myself. However, when I saw the “14 Songs” poster pictured above on my eBay I listened to my heart even though my brain said, “that’s too much money for a twenty-four-year-old poster.” I got a frame for it for Christmas and yesterday I tossed it, crookedly, on a random nail in the wall.

Every single time it catches my eye it makes me smile. And “14 Songs” isn’t even my favorite solo Westerberg album (“Suicaine Gratifaction,” obvs). Yet, the image of the book with the songs in my head and well, it makes me happy. If he had a teeny, tiny sadness plant in the corner of the picture I’d probably be dead right now.

Meet me any place or any where or any time, I don’t care, meet me tonight,
Jodi

*In college HHBL was the highest compliment you could give a boy you thought was attractive. It stands for Hunka Hunka Burning Love. If you need a conversion chart, an HHBL would rate anywhere from an 8 to a 10 on The Official Matt Dillon Attractiveness Scale.