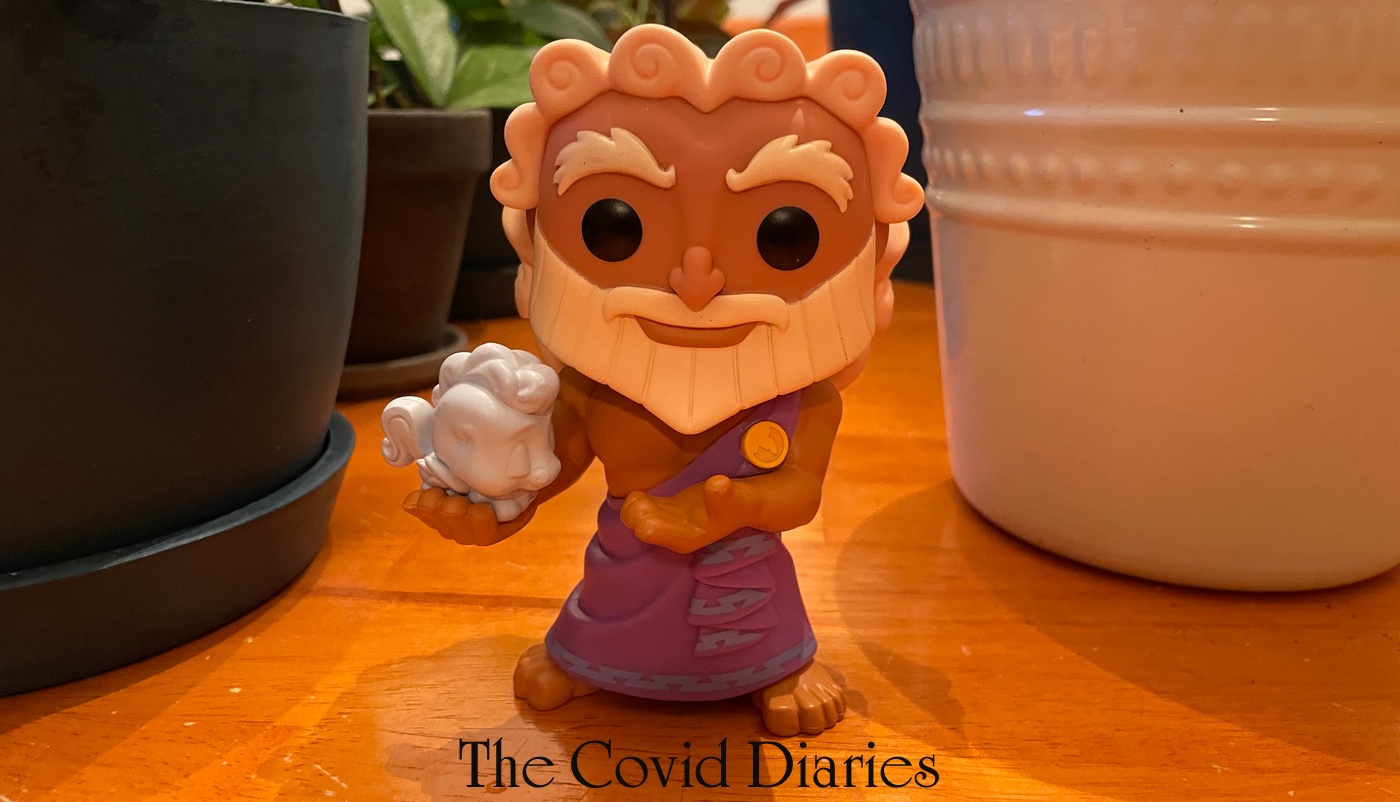 I woke up this morning at 4:18 a.m., my entire body so tightly coiled that I was a bit surprised I could make myself so small. If it is possible to sleep anxiously or stressfully, I was doing it. I woke up because I was weeping. At first I thought I drooled all over myself and my pillow, but nope I was weeping in my sleep. I don’t think it was caused by a dream, at least there’s none I can remember. My best guess is that it was everything and even my subconscious couldn’t fucking take it anymore.

So I laid in my bed and wept and thought about what I was gonna do in 2021 to be happier. In my hazy state I said, out loud to myself, “I’m gonna be like Sting in 1985 and build a fortress around my heart.” I decided there in the wee small hours of the morning after a night spent grieving a horrible year, a night where I felt alone and forgotten, that I was gonna pack myself away and live in the grey.* I was going to become composed and not so messy. I was going to stop airing my brain’s dirty laundry on the Internet and instead become a more serious and mysterious person. I was gonna build a fortress so high and so deep that nobody would ever even be able to touch me again much less hurt me. I was gonna do like that Auden poem, pack up the moon and dismantle the sun.

I would like to point out that I made this plan while crying and simultaneously singing “Keep Yourself Warm” by Frightened Rabbit in my head.

For the record, I did my very best last night. I followed the plan. I read the book. I ate the teeny cheeseburgers. I wore the fuzzy pajamas. But then, unexpectedly, Jason Isbell sang “Alabama Pines” and I projectile cried into my bourbon while singing Hardly even know my name anymore, when no one calls it out, it kind of vanishes away.

I did not plan for “Alabama Pines.” And, hoo, did that derail my night. I should have packed it in and went to bed after the concert. I did not. I only did a little bit of emotional harm by cyberstalking the Ex. I did not slide drunkenly into any DMs nor did I send any regrettable texts. In fact, I was tucked into bed with Jeanette Winterson’s Written on the Body at exactly midnight.

My guess is I’ve been grieving this whole year all week. I don’t know if it was Monday or Tuesday when I suddenly remembered Burgerboy died. This year has been so full of loss on a global scale I seemed to have forgotten the very real losses in my own, small life. Or maybe I use the bigger tragedy to avoid dealing with mine. Not only did I lose Burgerboy, but there was the end to a long-term romantic relationship and, of course, the estrangement of Sister #3 & The Tibbles. I think it’s been 10 months since I’ve seen Liam or Nolan, and eight months since I talked to my sister or Cade. This is a loss so great that I don’t let myself think about it ever because it is too much to bear.

It’s all so much.

So yeah, a fortress around my heart was the solution.

I had pretty much given this up for bullshit by the time I actually woke up for real this morning. Then I explained how I made fortress-building plans to my friend EM.

“Okay,” she said once she stopped laughing. “But who do you need to be serious and mysterious for and why are we talking about Sting? That song is awful.” She pointed out that trying to change every thing about myself during a pandemic in an attempt to be a little less sad all the time was probably not the best idea.

Instead, I have vowed to do the opposite. I’m gonna be messier on the Internet. I’m going to throw my heart around with reckless abandon and forgive myself for taking chances on love. I’m going to stop saying that I’m a yeti with an ice robot heart because it’s only something I say to cover up for getting hurt all the time. I’m gonna stop apologizing for being too much. When I’m sad I’m gonna write about it even though people keep saying, “I wish you weren’t so sad.”

Frankly, I don’t know how you all are managing not to be sad all the damn time. Is it easier if you have other people around? Am I sadder because I’m alone so much and thus have more time to realize it?

This is not at all what I intended to write today, but I’m nearly 1000 words into this so this what you’re stuck with. I was gonna tell you about my actual 2021 goals/resolutions/intentions, but the universe had other ideas.

I know these kinds of posts bum you out, Darling Ones. I’m not going to apologize, but I’ll tell you that I laughed a lot today too. I made about 831 jokes about Glass Tiger and fortresses with EM. I started rebuilding the thirteen playlists for The Beast that I accidentally fucked up like a dumb dumb. I listened to “Fox on the Run” three times in a row and it was wonderful.

I promise you I’m okay as I can be right now. Some minutes are better than others.
Jodi

*Thanks to Patton Oswalt for this excellent description of giving up on love (living in the grey).