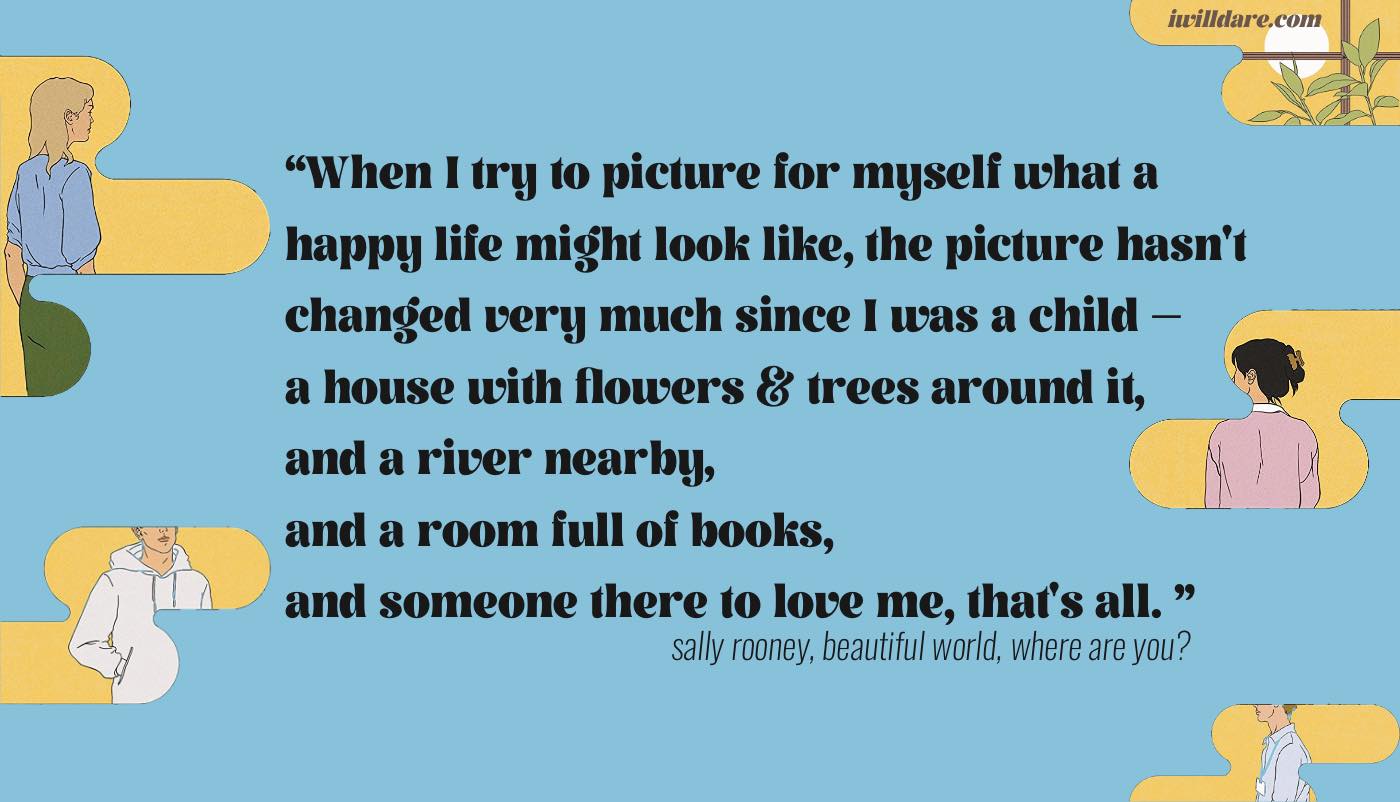 I have just finished reading Sally Rooney’s new novel Beautiful World, Where Are You, and wow does she know how to write a book. She’s an Irish writer who crafts these novels where not a lot happens. When you try to describe them they sound utterly boring, and yet when you finish reading them your brain is mush, your heart hurts a little, and you feel a little dazed like, what in the hell just happened.

Rooney writes quiet books about people who have vast inner-turmoil and mostly mundane lives and shitty boyfriends and interesting sex. It’s the quietness of her books that makes me realize how much I expect all art I consume to have capital B-big capital D-drama. Where is the assault, the affair, the death, the cheating, the scam, the betrayal. I expect it to arrive in the very next scene or sentence.

What else can there be worth reading if not Big Drama? As you may remember, I was recently castigated for not bringing enough drama. Yes, I am bitter. It’s as though I didn’t spend the last year cutting a vein and sharing so many dark corners for an entire god damn year. Fuck that.

Rooney’s book was a nice reminder that things can be dramatic and feel dramatic without all the drama, and that there’s a lot of beauty in the mundane.

Take today, for instance. Until I got all hopped up and angry about that shitty comment from August, I was having the most lovely day.

It’s been a lovely day, Darling Ones, and these days are the hardest to share. There was nothing spectacular. Nothing dramatic. No heartbreak or falling in love. It was just a day absent of angst and loneliness where my own company was enough and I took care of myself in the best ways possible.

Thank you for listening to it,
Jodi