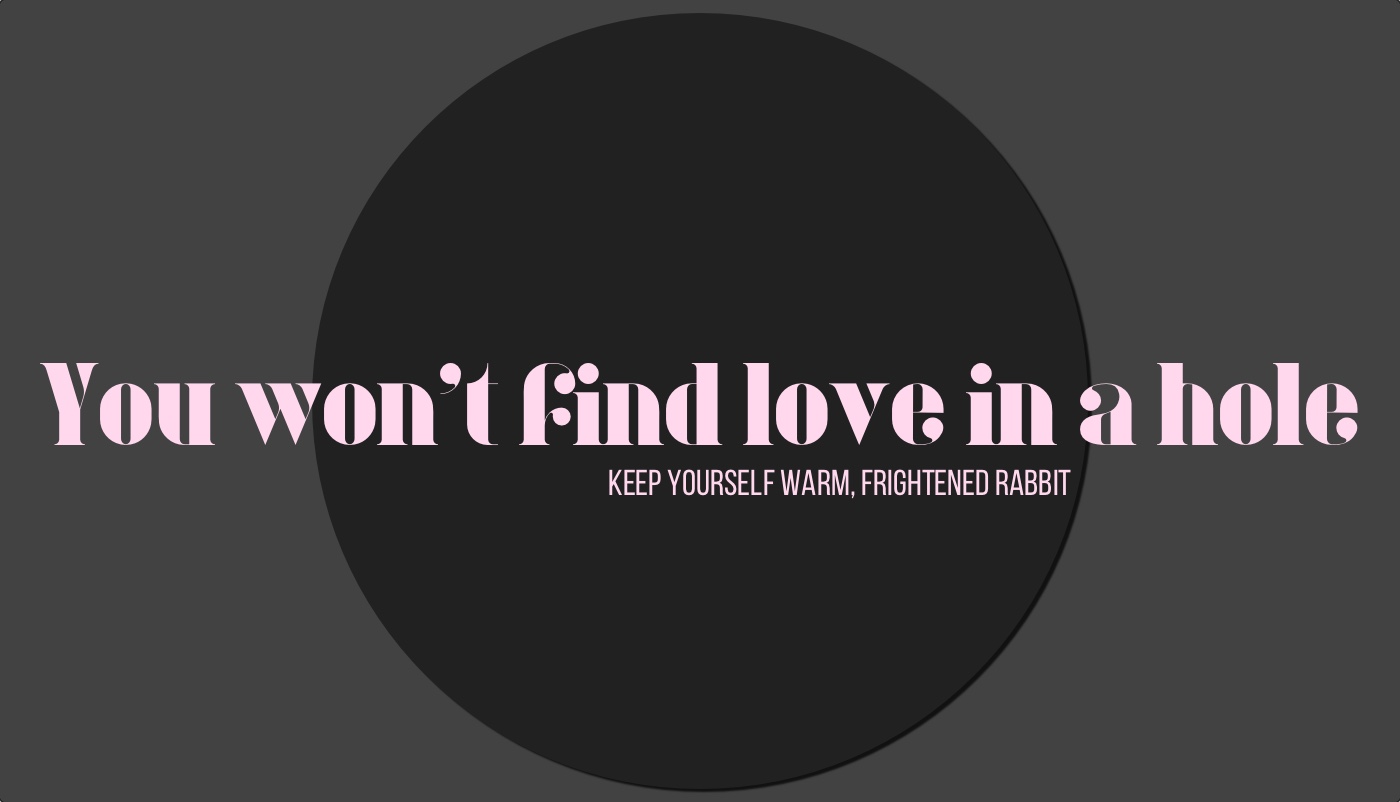 Back in my journalism major days we had to take a class where we practiced writing news stories.

I drove Derek, the kid who sat next to me, nuts because I would spend most of my writing time staring at a blank screen trying to think of a lede and only once I had that lede would I start writing. It was not at all efficient, and yet wholly effective. I’m still pretty good with ledes when I want to be. Mostly, I bury them because I’m a coward and figure I can sneak in all the juicy stuff past the point anyone reads. It works like 99% of the time.

This letter was gonna start with how laughably bad I am at relationships. Then it was gonna be about a guy I dated in the early aughts who hated hated hated my blog because he thought it was a giant personal ad meant to make men fall in love with me (obvs, duh). Then it was going to be about the ungodly amount of self-reflection caused by the pandemic isolation. I’m still gonna write about all these at some point, except the dingdong. All you need to know is he dumped me because he started seeing a stripper.

All of them are a distraction from writing about the actual pain and sadness I feel today regarding the ex’s birthday. This entire day up to now has been about distracting myself. I did pretty well. I stayed in bed late, did an eye mask, ate some donuts, organized my records. . . but then I decided to read and take a nap. After I put the book away and took off my glasses, my brain started to sing Keep Yourself Warm by Frightened Rabbit, because holy shit is my brain an asshole.

However, my brain was onto something. While I had anticipated writing about how broken I am, instead I keep reminding myself that Scott Hutchinson is right and I did not find love in a hole, but I sure as hell tried and that’s worth something.

When I decided to get involved with the ex I really wanted to be in a longterm relationship. So what did I do? The exact opposite of every thing I’d ever done in any other relationship I’d been in. I was ultra forgiving. I communicated my ass off. I apologized when my ice-robot heart got in the way. I asked for what I needed. I was not the fuck & run girl I usually am. I trusted to the point I even invited them into my house, which is not something I do often.*

Surprise! None of this worked.

I tried so fucking hard with the ex, because I thought maybe that’s how love is supposed to be. Maybe it’s supposed to be endless emotional labor to make someone feel loved even though you always feel like a hollow afterthought. What the fuck do I know? I don’t know what love is. I’ve said “I love you” in a romantic sense to exactly two men in my life. One of them I wasn’t even involved with. So, fuck man. I told you I was bad at this.

Here’s the thing I realized today, my ex is a hole. Of course I knew this on some level when I ended things in September. Obviously. Only I don’t think I would have put it in those terms until this afternoon when I was on the couch trying to nap.

They took everything I had and probably would have until I died. What I always suspected, but never wanted to admit, was they didn’t love the me of me. They only loved the way I made them feel. I don’t blame them. I’m good at being caring and supportive. I can nurture like a motherfucker. And also I’m an ice-robot hearted Yeti who will not reveal anything unless I’m asked. I operate under the premise that if someone wants to know, they’ll ask, because that’s what I do! If I don’t ask, it’s because I really don’t want to know.

The ex never asked about anything. I’d tell them all the time how it made me feel like shit when they didn’t ask what I was reading or listening to or what I was thinking about or writing. Bleh. Now I feel like I’m rehashing dirty laundry and petty grievances.

Barf. Being human is so hard,
Jodi, who would totally fuck someone to keep herself warm right now.

*Back when I lived in an apartment in Prior Lake a few men I’d casually dated (or fucked and ran out on) stopped by unannounced. One caught me in the parking lot and one knocked on my patio door. It scared the shit out of me and it’s why I don’t let too many men know where I actually live.