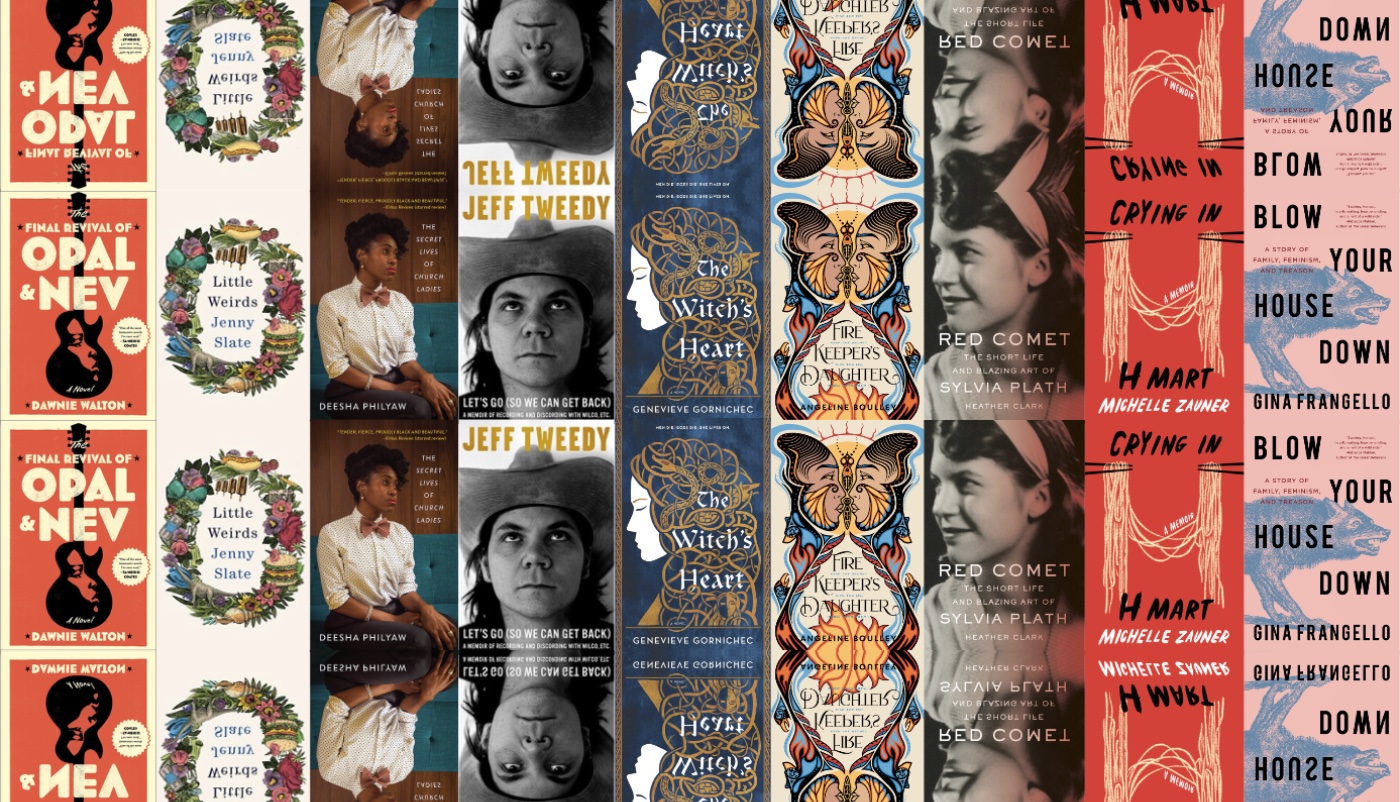 I finished reading book #99 in 2021. It was about menopause. I know slightly more about the mysterious biological happening than I did before, which isn’t saying much. To celebrate the milestone I re-read Jeff Tweedy’s memoir (more on that in a minute).

My goal for reading this year was to read widely and voraciously. I want to read about all kinds of things, which is why I’ve read a bunch about visual art and a crapton of author biographies. I should probably broaden my horizons by reading something about science or nature, but damn science is boring.

Anyway, if you’re looking for something to read you cannot go wrong with these nine books.

The Final Revival of Opal & Nev by Dawnie Walton

I wrote about this one when I first finished reading it. It’s got all the things I love to read and thing about: rock & roll, racism, sexism, women who do what they want to do, and the story is told using all kinds of media, which is so much my jam.

I was unprepared for the emotional gut punch that came with reading Slate’s essays about the end of her marriage and dating and being a woman in America in the right now. You can see what I had to say about this one earlier.

The Secret Lives of Church Ladies by Deesha Philyaw

I’ve gotten out of the habit of reading short story collections. For a long time they just haven’t done much for me, but Philyaw’s collection is a sparkling gem from front to back. I read the entire collection in one long, sleepless night and I do not regret one minute of the lost sleep.

Let’s Go (So We Can Get Back) by Jeff Tweedy

I got the audio version of this bad boy from the library and spent all day listening to it while I prepared family dinner. Tweedy is so funny, which makes the audio version a little bit better than the print version (which I read a few months ago). Plus, his wife and one of his sons make an appearance. But what I love so much about this memoir is that he thinks about creating and creativity much the same way I do. And also, I could listen to him talk about what The Replacements mean to him for the rest of my life.*

The Witch’s Heart by Genevieve Gornichec

I still have plans of changing my name to Angrboda, bringer of sorrows and becoming the witch of Ironwood. If I didn’t have so much brand equity in my house being called Supergenius HQ, I would rebrand. Thinking about this one still makes my heart a little zoomy with joy because reading it was such a pleasure.

I’ve stopped reading YA for the most part because I find the voice of a lot of recent YA super cloying and kind of annoying. This one was neither of those things. A female hockey-playing protagonist who is a smarty smart smartie is trying to solve some mysterious drug-related deaths in her Michigan town and along the way teaches the reader so many things about Anishinaabe traditions.

This biography of Sylvia Plath lit my brain on fire and became an obsession for a few weeks when all I wanted to do was read this book and wander around in Sylvia Plath’s world.

This memoir by the lead singer of Japanese Breakfast is wonderful. Probably has the best last chapter of any book in a good long time. Also, I have extra special affection for this one because my niece read it on my suggestion (she also loved it). But the best thing was the book inspired Jaycie to go check out the H Mart in Portland and she texted me a bunch of pictures while she was there.

Blow Your House Down by Gina Frangello

Do you ever get zapped by art that makes you feel more alive after experiencing it than you did before? That’s how I felt after reading Frangello’s memoir about adultery, feminism, a dying marriage, and mothering through cancer and divorce and the death of her parents. This one is fierce and ferocious and so fucking brave. I aspire to write something so fucking alive and full of passion.

Your book reports are due in December, Darling Ones.

*To be fair, I could listen to just about anyone talk about their favorite band forever — especially if their voice gets a little wobbly because they’re so full of emotion about the music. Fuckin’ a – that kind of thing slays me.