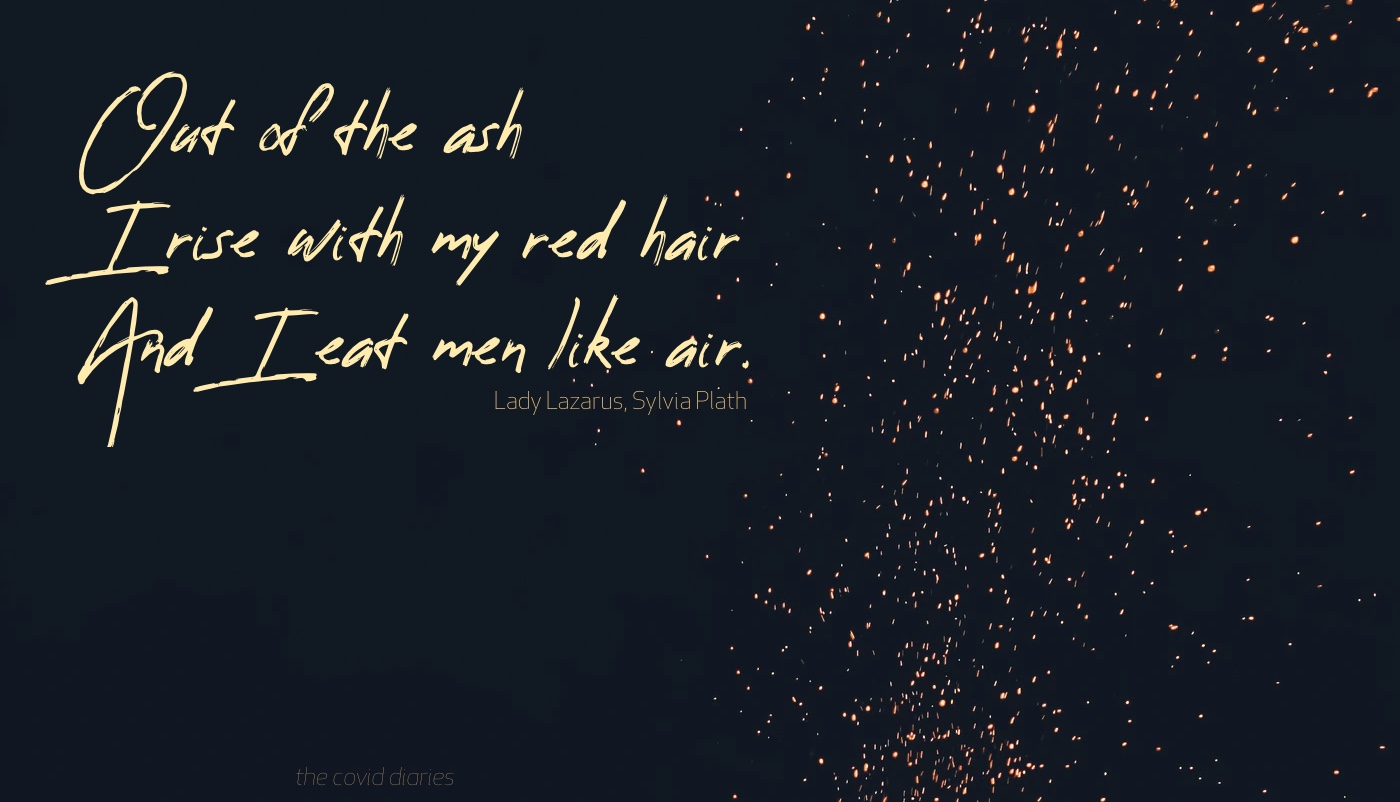 When I say I am obsessed with the Sylvia Plath biography Red Comet I’m not using hyperbole for comic effect. This book is all I’ve done and thought about for at least a week. It’s been my constant companion. I read it while eating and drinking coffee and before zoom meetings and while I waited for dinner to cook and before going to sleep and first thing when I woke up.

This book has made me a poor listener because instead of really listening to the people who are talking to me my brain is kind of trying to figure out how to work Sylvia Plath into the conversation.

Today I had a chance to chat with a new colleague while we waited for a client to show up for our zoom meeting. The entire time we were talking about Wilco and Jeff Tweedy’s memoir, I was secretly trying to wedge Sylvia Plath in there. It’s like Six Degrees of Sylvia in my head. I almost did it too! Jeff Tweedy memoir > He writes about his first time seeing The Replacements > Paul Westerberg, lead singer of The Replacements sings a song called “Crackle & Drag” which is about Plath’s suicide. BINGO!

However, I restrained myself. Barely.

What I love so much about reading this book is that it’s all consuming. It reminds me of how I was about books when I was a kid and just couldn’t get the stories inside of me fast enough.

Before I started reading Red Comet, I had the cursory knowledge of Plath and Ted Hughes that comes with being a booknerd and pop culture junkie. I’ve read The Bell Jar three or four times to make sure I still don’t like it. We read “Daddy” and “Ariel” in my Women’s Lit class.

Still, I had no idea about her. She was so ambitious and the desire to create burned so hotly inside of her. I love how she’s presented not as a tragic waif or a heartless art monster but a complicated, fully-realized woman. But aside from all the Plathness of the biography what I love the most is how much context it gives me.

I’m the first to admit I’m a poetry dumdum. I don’t know tons of about it. I cannot write it to save my life, despite taking poetry writing classes as an adult. I have a bunch of poems memorized because I do really try.

Now, thanks to this book, I’m infinitesimally less of a dumdum because now I have some chronological context. Like, did you know that T.S. Eliot and Sylvia Plath were alive at the same time and knew each other? W.H. Auden too! Anne Sexton and Sylvia Plath took a creative writing class together taught by Robert Lowell! (I think I might have already mentioned this).

Up until this week I thought all poets were like Old Timey Walt Whitman era or Sylvia Plath & The Beats. I realized once I said that out loud to EM last night how stupid it is, but I thought it.

Damn, I’m loving this book and what it’s doing to me so much. My brain feels like it’s on fire with so many thoughts about art and marriage and love and writing. And that doesn’t even get into the stuff I relate to on a personal level, mostly about the different facades she used in her journal vs her letters to friends/family vs what she said when with friends/family. It’s a lot to contemplate.

I actually finished it this afternoon, but there’s a few parts I need to go back and read again before I give it back to the library.

Can’t promise this is the last about this book,
Jodi

*I recognize the lyric is “you’ll never repair, the lady’s cursed with insight” because Westerberg is talking about Plath specifically. We’re gonna call this artistic license, okay?

P.P.S While I don’t have a lot of time or mental capacity to get into this now, there’s something about Westerberg writing about Plath and Carson McCullers (though he only namechecks her).