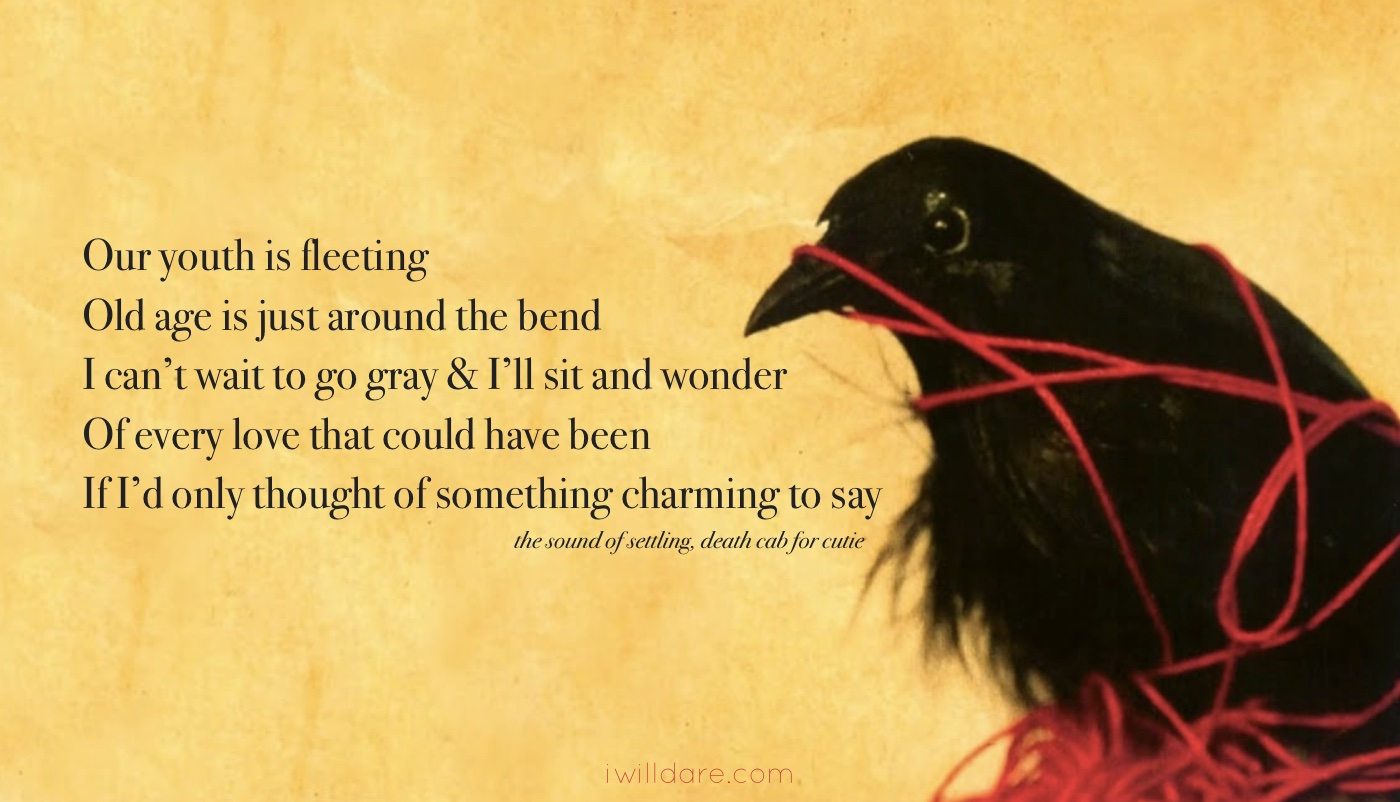 I frequently like to joke about how rude Time & Math are and how they hurt my feelings all the damn time.

Today both of those fuckers hurt my feelings and while I should be reveling in my old glasses with new lenses and zero bifocals, instead I’m still trying to do math and feeling every one of my nearly fifty years.

After picking up the new-old specs, I drove over to Hy-Vee to pick up my groceries. Today is the day of picking up stuff. On my short drive, Billy Joel’s “The Longest Time” came on the radio. As much affection as I have for The Current, the oldies station, KOOL 108, is my jam. It plays all the songs from junior high and high school and is the best to sing a long to, because I know every word to every song.

As I zoomed closer to Hy-Vee, which isn’t far from the Shakopee Town Mall where I spent a lot of my quarters playing “The Longest Time” on the jukebox at Capones the summer of (probably) 1984, I tried to do the math (2021 – 1984). In my defense, I was trying to math in my head while simultaneously singing and also driving.

When I hit the realization that 1984 was more than thirty years ago I got frustrated, said fuckit, and started singing the song that came on next (Bon Jovi’s “Dead or Alive”) while I coasted into the grocery pick up lane.

This afternoon I got into a good work groove while idly listening to one of Spotify’s Daily Mixes when Death Cab for Cutie’s “Lightness” off of their record Transatlanticism popped up.

The interesting thing about DCFC is that half the time when they pop up I instantly think of my Chicago friend Jason, especially songs off of that record. However, if it’s a song on any record “Narrow Stairs” or later, I think of Wolfdogg. DCFC was one of my music obsessions I got all over Wolfdogg and he really loved “Narrow Stairs.”

But today neither of these guys came to mind. Instead I thought of Jeffy who introduced me to DCFC via mixtape. It was a pretty epic mixtape that not included “Company Calls” by DCFC, but also “Buggin'” by The Flaming Lips* and Pavement’s “Cut Your Hair.” I think I listened to that tape about one million times on my commute from Eden Prairie to my shitty apartment in Prior Lake. For all I know, it’s still floating around in the deep dark corners of Ruby. I listened to it so often that I’m kind of surprised I don’t remember more of the songs that were on it.

That is neither here nor there, because the point is I heard the song, thought of Jeffy, and was all, “Oh the glory days of the early internet when I hung out all the time on alt.music.soulcoughing.” In my head, of course, this was just a little while ago and not TWENTY-FIVE YEARS AGO.

While I know I’m well past old enough for things to have happened twenty, twenty-five, even thirty years ago it’s still a kick in the teeth when that recognition hits. How can it be so long ago and at the same time feel like one year ago?

I just realized that my thirties are very soon going to be twenty-years ago and now I need to lie down.

Not really, I’m gonna put together a new nightstand I bought because I’m sick of how messy the nightstand era of my bedroom is because it’s really just a cart with crap on it that Wendell loves to crawl on when he’s up to his 5:30 a.m. shenanigans and the sound of perfume bottles clinking together is not delightful at that ungodly hour in the morning.

One of these days I’ll think of something charming to say,
Jodi

*For the life of me I cannot The Flaming Lips and Fountains of Wayne straight. Not sure what’s going in that ol’ brain of mine.