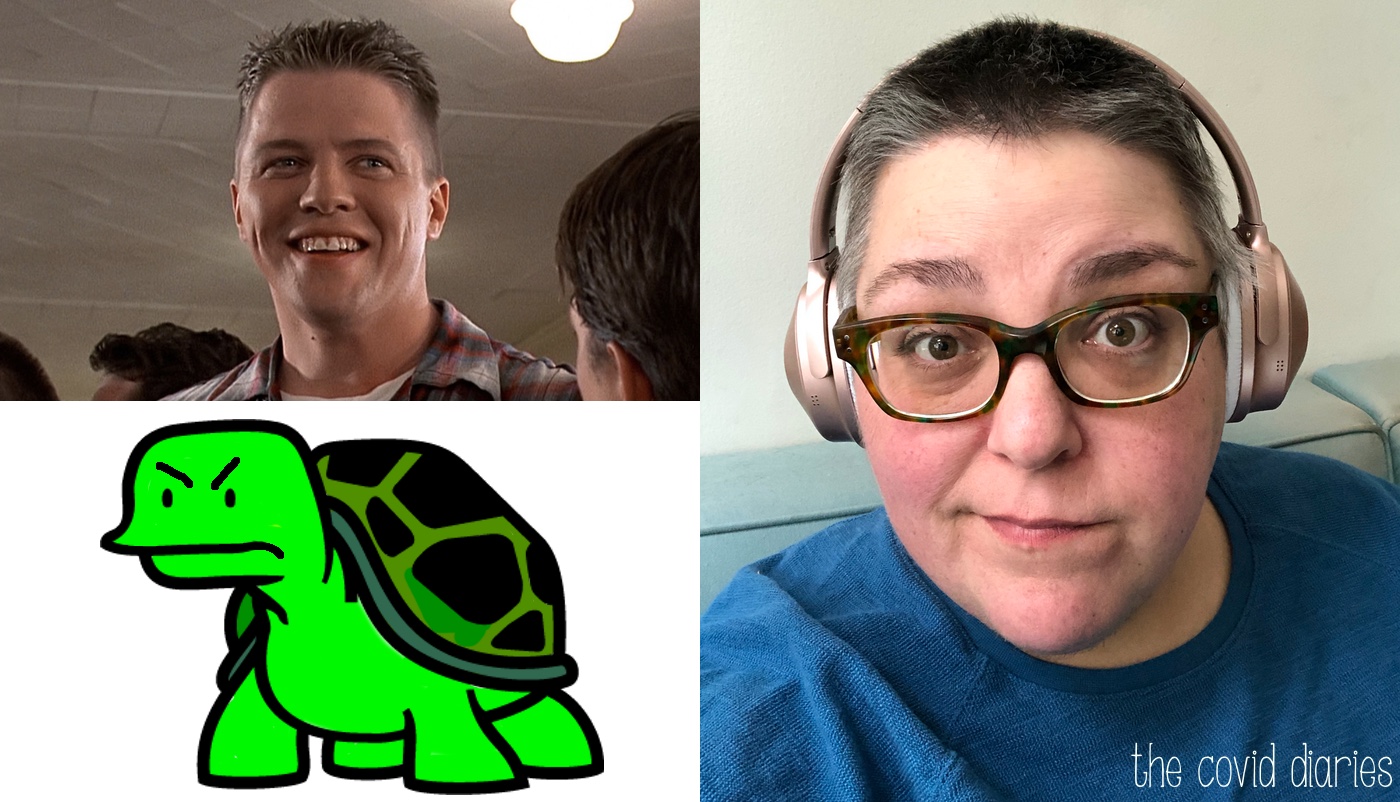 Today I accidentally landed in a puddle of Old Sad Bastard music and let me tell you, it’s been an absolute delight. All the greats have been in my ears — Jeff Buckley, Elliott Smith, Neutral Milk Hotel, and even Ol’ Bright Eyes. For real, it’s like 2005 in this joint and I want to lay on the floor of my stinky apartment in Prior Lake listening to Jeff Buckley’s “Grace” on repeat and pine after some guy in Chicago.

Since 2016, I don’t listen to tons of music made by men. I actively try to limit the amount of male voices and perspectives I let into my brain. It’s hard since, well, patriarchy. So when these dudes started shuffling up on some random playlist today I was like damn, Lover, I SHOULD have come over. It has been an utter delight.

Wanna know what else was an utter delight?

Today when I went to pick up my groceries my very favorite grocery Boy, Sonny, was working. His real name is not Sonny, I do know his name though, because he wears a nametag. Sonny is the adorable and charming high school kid who handed me my groceries every time I went to pick them up this summer. And if he hand’t seen me a couple weeks in the row he’d be all, “I haven’t seen you in forever!”

But now that school is back in session? Is it? I don’t even know what Shakopee kids are doing for school. Are they going? Are they distance learning? I don’t know. Anyway, I haven’t seen Sonny since school started. But I believe kids have school off this week for MEA. So when I rolled up in Ruby singing along to “U Got the Look” there was Sonny leaning against the wall killing time on his phone, but when he saw ol’ Rubes his face broke into a smile.

Then he talked about having to check to make sure all my groceries were here or something.

He did lie and I don’t blame him. My hair is in the not good and nothing I can do about it stage of growing out. Last week when I was on the phone with my friend EM I told her I looked like if Biff from “Back to the Future” mated with a mean turtle.

Then I promptly ended our friendship because come on!

If you look above you can see a family picture, me with my parents Biff and the Mean Turtle. But still, it was nice to be noticed.

Off to make breakfast burritos for dinner because I’m starvation nation over here,
Jodi