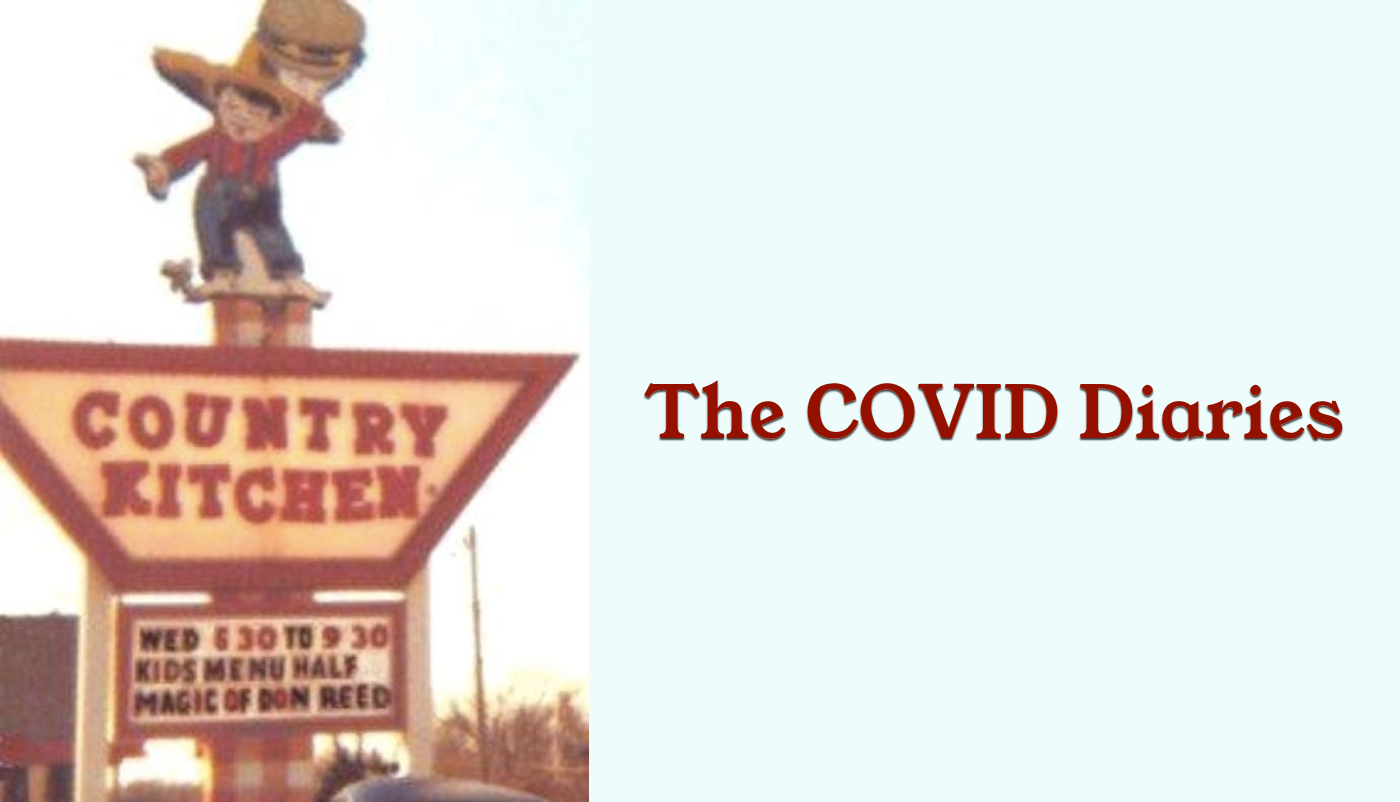 The problem with starting a daily diary in the middle of the plague is that you get a little superstitious that if you don’t update one day everyone will think you have died. I know this is the Internet of 2020 and, much like my actual life, it will take at least a week and a half for anyone to notice my absence*, I still don’t want to worry anyone. Also, I know I could address these letters to myself and it wouldn’t matter again, because this is the Internet of 2020 and I don’t show nearly enough cleavage for people to give a shit about what I have to say. And I will let you know that’s a damn shame, because I have very good cleavage.

An update on recent going’s on: I slept like eight, maybe eight and a half entire hours in a row last night. Like, I didn’t even get up to pee. I woke up enough to think about getting up to pee but then I just feel asleep apparently. It was fucking glorious and I’m hoping for a repeat tonight.

In related news: I was super productive today too. I worked a bunch for actual money. I hulled about four pounds of tomatillos and roasted the with a bunch of peppers while listening to David Chang’s excellent memoir Eat a Peach. I finished listening to the memoir because it takes a long time to husk tomatillos. The husks are so papery and the tomatillos so sticky. It’s kind of a nightmare. But the memoir, the memoir was good company. It was super interesting and I liked how Chang addressed some of the toxicity found in so many restaurant kitchens — especially the stuff Anthony Bourdain kind of bragged about in Kitchen Confidential.

I grew up in restaurant kitchens and my dad could have been the poster king for toxic masculine shouty kitchen jerks. It was only last weekend, while talking to my friend EM, that I remembered the dudes I worked with at Country Kitchen would hit on me all the time. I was in 9th grade and didn’t really know that what they were doing was hitting on me. I knew it made me uncomfortable and I would basically just run away. I spent a lot of time hiding in the woman’s bathroom.

It’s so gross. What’s worse is I want to somehow defend these men, because some of them were really nice, by explaining how I was 6’2″ in ninth grade and therefore. . .it’s ok? Like, what? NO. It was not okay. It is not okay and it will never be okay for grown men to hit on fourteen-year-old girls no matter how big they are. This happened more than thirty years ago and I still feel like it’s my fault.

Anyway, tomorrow I’m making pork tomatillo chili and you should be jealous.