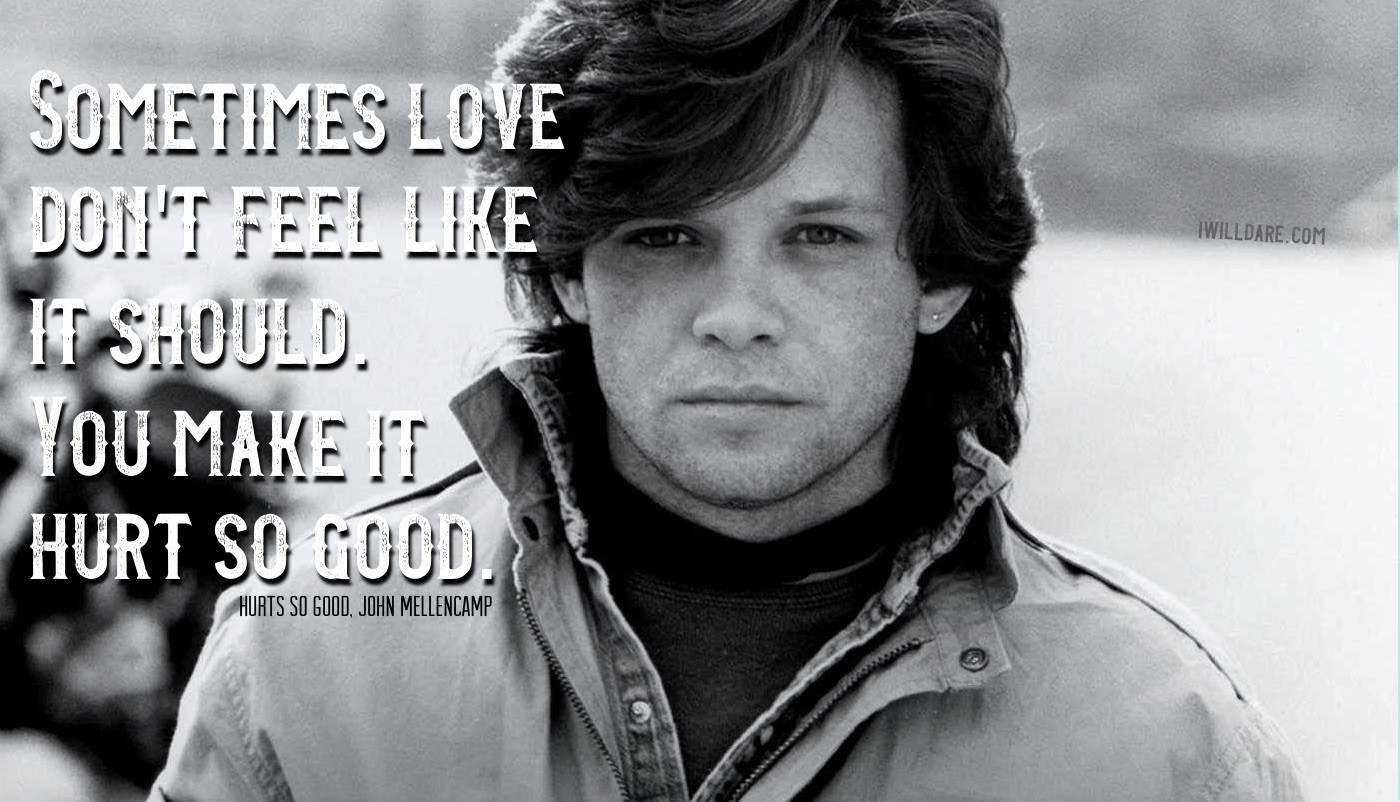 The best thing about reading Paul Rees’ Mellencamp biography was learning that his grandkids call him “Peepaw.”

The worst thing was absolutely everything else.

This is definitely a case of you should never meet your heroes. I feel the same way after reading this that I did after reading Bob Mehr’s biography of The Replacements. That is, super disappointed, acutely annoyed, and a little bored.

My beloved John Cougar Mellencamp suffers from the same affliction as The ‘Mats — entitled prick syndrome. And like my best band, he was surrounded by people who put up with his bullshit in the name of “creative genius.”

It’s 2021, we need to fuck all the way off about that nonsense. One, because creativity doesn’t give you free license to be an unmitigated asshole. Two, we never put up with that kind of bullshit when the “creative genius” is a woman. We sacrifice so much to the altar of men’s creativity and it infuriates me.

So many of the people interviewed said, repeatedly, something akin to “he was really hard to work with, but he’s just so creative.”

Excuse me while I barf for 100 years.

JCM is not a nice man. He’s a tiny tyrant who is not above hitting/kicking/physically attacking people who piss him off. This is gross, and doubly gross because he grew up in a physically abusive household. The whole time I was reading the book I kept hoping there was therapy in Johnny Cougar’s future. There wasn’t. Or if there was, it happened off the page and didn’t get a mention.

From what I can discern he never pulled these shenanigans on his family. Seems he saved this behavior for recording studios and record company board rooms. I understand where this behavior stems from. Growing up in an abusive home brings out the control freak in everyone. Doesn’t help that ol’ JCM was dicked around by a few record companies.

Does that excuse such abhorrent behavior? I don’t think so. He would often tell his managers/agents/handlers/etc. to warn people what a little bastard he was (that’s literally his nickname) and how difficult he is to work with, as though this excuses such behavior. I dunno, Johnny, why don’t you try not being an abusive dick instead?

Does any of this make me love him even one iota less? Nope. I love that he’s a flaming liberal in the heart of a red state; that he still lives in Indiana; that he loves to paint more than he loves to write songs; that he co-founded Farm Aid; that he explains to stupid Republicans who want to use his songs what they’re actually about; and that he quietly donates money to all kinds of arts and sports things that he loves.

I don’t think I could stop loving him. Like The ‘Mats he’s stuck so deep into my heart that to excise him would probably kill me. I had a minor heart attack today when I discovered the lyrics to my favorite JCM song “Cherry Bomb” are not “that’s when a smoke was a smoke, and groovin’ was groovin’.”

Dancing does, in fact, still mean everything,
Jodi

P.S. That new Springsteen/JCM duet “Wasted Days” slays me. I watched the video about six times today and not just because I’m convinced I could carry both of those men around in my hip pockets. They’re so little!