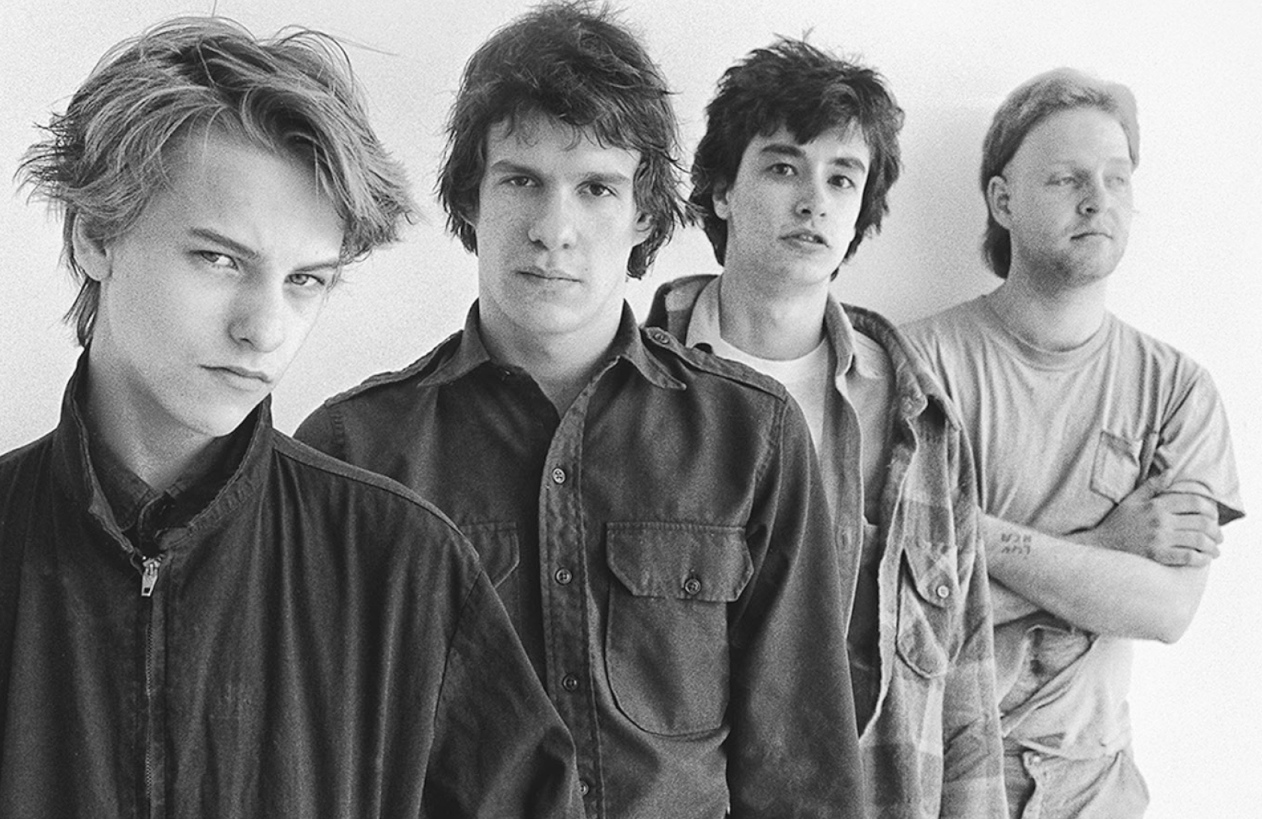 So . . . nearly a year after getting the book in hardcover and like nine days after downloading the audiobook read by Mary Lucia, I’ve finished Trouble Boys: The True Story of The Replacements by Bob Mehr.

I have, as the kids say, so many feels. All the feels. Oceans and galaxies of feels. Unmeasurable and unmentionable feels. I have feels as a writer & reader, a fan, and a cranky 45-year-old feminist killjoy. That’s a bunch of feels, don’t you agree?

First of all, the book is entirely too damn long. Just because Mehr learned it doesn’t mean the reader needs to know it. Did I need to know the ethnic background and year of birth of every single person who ever came into contact with The ‘Mats? Nope. If I had a dollar for each time Mehr used the phrase “Born in. . . ” I could buy every single person on the planet a copy of the ‘Mats’ greatest hits. 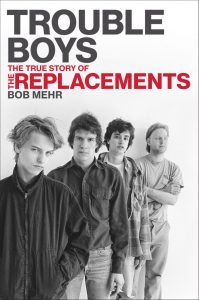 Because I’ve read a kajillion rock & roll memoirs/biographies, I always associate this trait with dudes. Like Keith Richards and Pete Townshend (and Bob Mould) had to tell you every single thing that ever happened to them ever regardless of its role in their music/success/fame/etc. The women, they get to the good parts. They edit out the boring. Dudes do not do that, because of course they think all the things in their lives are interesting and significant. They are not. Knock it off.

Second of all, the book broke my fucking heart. This surprised me, because it’s not like 80% of this story was news to me. Hell, as you might recall I got to share my own ‘Mats story in Jim Walsh’s The Replacements: All Over But the Shouting: An Oral History. You can see a braggery pic of my bio from that book over on my About page, you know Chilton, Christgau, Chromey. . . the usual suspects.

Because Bob Mehr is a good writer and storyteller, once he really got into the sad saga of The Replacements he had me, especially when it got to the real good stuff — the firing of Bob and Chris, the hiring of Slim, the end of the band, the death of Bob. And while I didn’t give a shit about who produced what or drove the van to Canada, when it came to the actual relationships the band had with each other, I was all in. It was Mary Lucia who got me through the boring parts. I love her voice. It’s not only been a sonic comfort to me for, damn, 20+ years now, it’s also a voice I pay attention to. Having her read the book to me was an absolute joy and I really cannot recommend the audiobook enough.

I always call myself a “bad fan” because there’s a lot of stuff I don’t care about when it comes to musicians. In fact, I often try to avoid reading about my favorites because I don’t want to know what total assholes they are and thus ruin my tender feelings towards their music. So while I knew, in a general kind of way, about what self-destructive jerks the ‘Mats were, reading about how relentless their jerkiness was made me angry. Yes, I was retroactively angry at a bunch of 20somethings from the mid-80s.

Maybe it’s because I am frequently broke or maybe because the book often mentioned how the ‘Mats had zero dollars and zero cents, but each time they destroyed a bus or dressing room or guitar or lit their actual per diem money on fire, I was actively annoyed. I had zero sympathy for any of them when they quit the band and had no money. Maybe if they weren’t such privileged white boy babies they’d have a few bucks to their name when it all came crashing down.

I was frustrated because this is the kind of behavior we accept from male artists. We accept their bad choices and antics as byproduct of their genius. This is bullshit. So much bullshit. And while I get that they were often chemically altered, self-medicating mental illnesses using drugs and alcohol, still. . . enough is enough. I didn’t see anything rock & roll or alternative or punk rock in all the senseless destruction, I just saw a bunch of grown men acting like petulant brats.

As I was reading I wondered if 22-year-old Jodi who had just discovered The Replacements would have found all that nonsense kind of romantic and rock & roll. Probably, 22-year-olds are stupid.