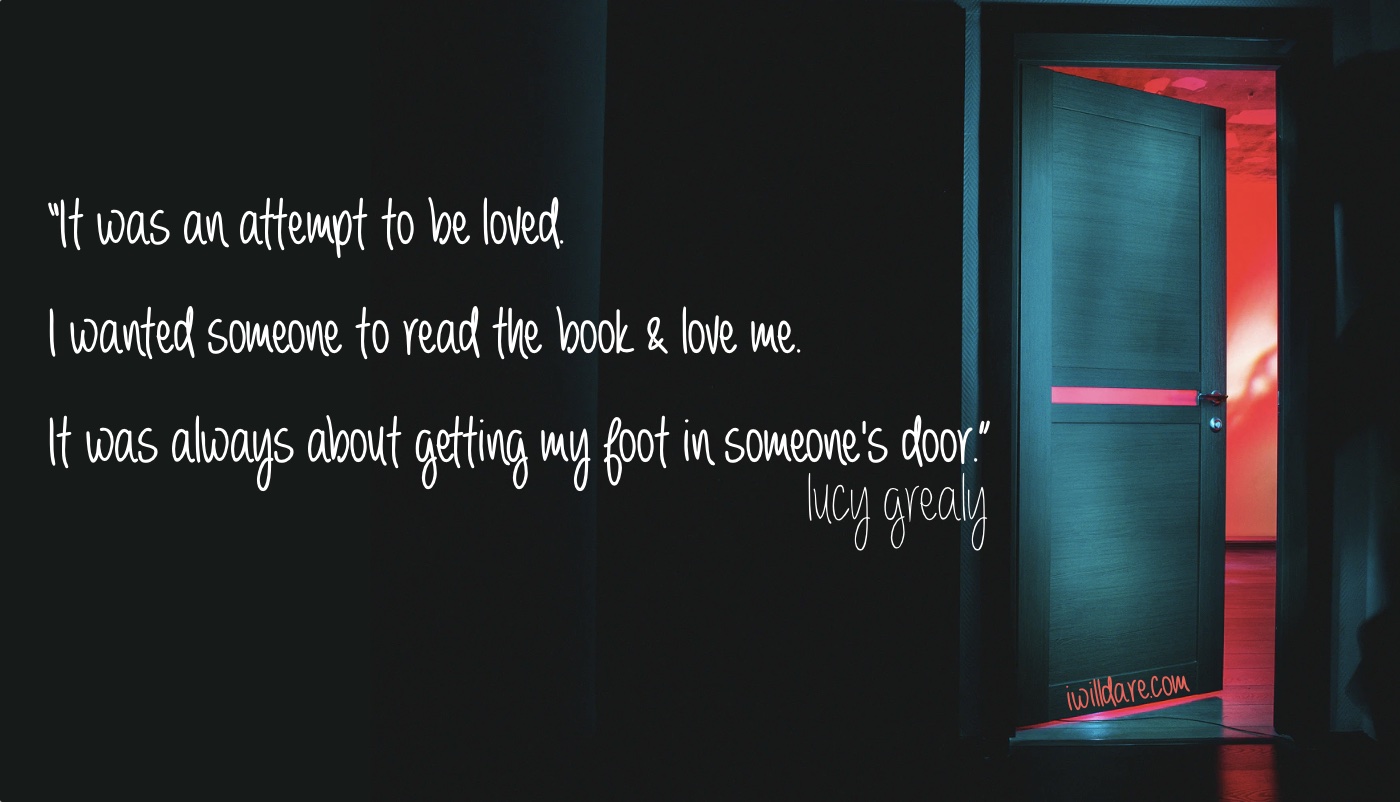 This week I re-read Lucy Grealy’s Autobiography of a Face and Ann Patchett’s Truth & Beauty. I read both of these books back in 2004 when I identified hard with Grealy’s story and was reassured by Patchett’s.

Quickly: Grealy’s book is about the discovery and treatment of Ewing’s sarcoma, a cancer of her jaw that required the removal of part of it, leaving her face disfigured and Grealy, as she said repeatedly, ugly. Patchett’s book is about her friendship with Grealy who she met in college at Sarah Lawrence. Eventually the two became roommates at the Iowa Writer’s workshop and lifelong friends until Grealy’s death in 2002.

Reading the books has shattered everything inside me and lit my synapses on fire. I had a pretty strong reaction to Grealy’s book the first time around but this time when I got to the part where she writes, “When I tried to imagine being beautiful, I could only imagine living without the perpetual fear of being alone, without the great burden of isolation, which is what feeling ugly felt like” I cried for five solid minutes. My eyes fill writing the words.

The first time I identified a lot with Grealy’s feelings of ugliness. I still do, but it’s more complicated now and my brain is still whirring away on what I want to write about that. In 2004, when I read Patchett’s memoir about Grealy I was comforted by Patchett’s view of Grealy being beloved and having so many friends. It wasn’t as comforting now.

Instead, I am really focused on Grealy’s unquenchable loneliness and desire to be loved. At one point Patchett wrote, “Lucy’s loneliness was breathtaking in its enormity.” And little later on she writes about, ” Every square inch of her [Lucy’s] loneliness.”

My first thought upon reading this was how Grealy was a tiny slip of a woman who didn’t even weigh a hundred pounds and how I, an actual giant, had infinitely more square inches of loneliness to fill as if loneliness is measured inside your body and bigger people have more lonely.

I have so much I need to say about these books but my brain is still trying to arrange it in a way that makes sense. Right now it’s a tornado of raw emotion with the occasional concrete thought passing by like a cow in “Twister.” I will say this, being lonely at thirty-two and being lonely on the edge of fifty are oceans apart. Maybe accepting the “burden of isolation” is the difference. I haven’t figured that out yet.

But I have to start somewhere. So I am starting here, with an interview Lucy Grealy did with Leonard Lopate in 2000. At one point he asks her if she wrote her memoir to get famous. She chuckles and says everyone has that in the back of their mind when they write a book, but writing the book, “was an attempt to be loved. I wanted someone to read the book and love me. It was always about getting my foot in someone’s door.”

She very plainly, boldly, and bravely explains what was the real reason I was always too ashamed to admit for starting I Will Dare dot com all those years ago.

P.S. ALERT: we’re creeping up on the one year anniversary of the last romantic break up. There’s probably going to be a fair bit of maudlin and romantic reflecting on the horizon. Late last night, I laid some of my icky inner-turmoil on a friend in an email and he immediately called me and was all, “ARE YOU KIDDING ME WITH THIS? You can just drop that in my lap in an email.” You’ve been warned.