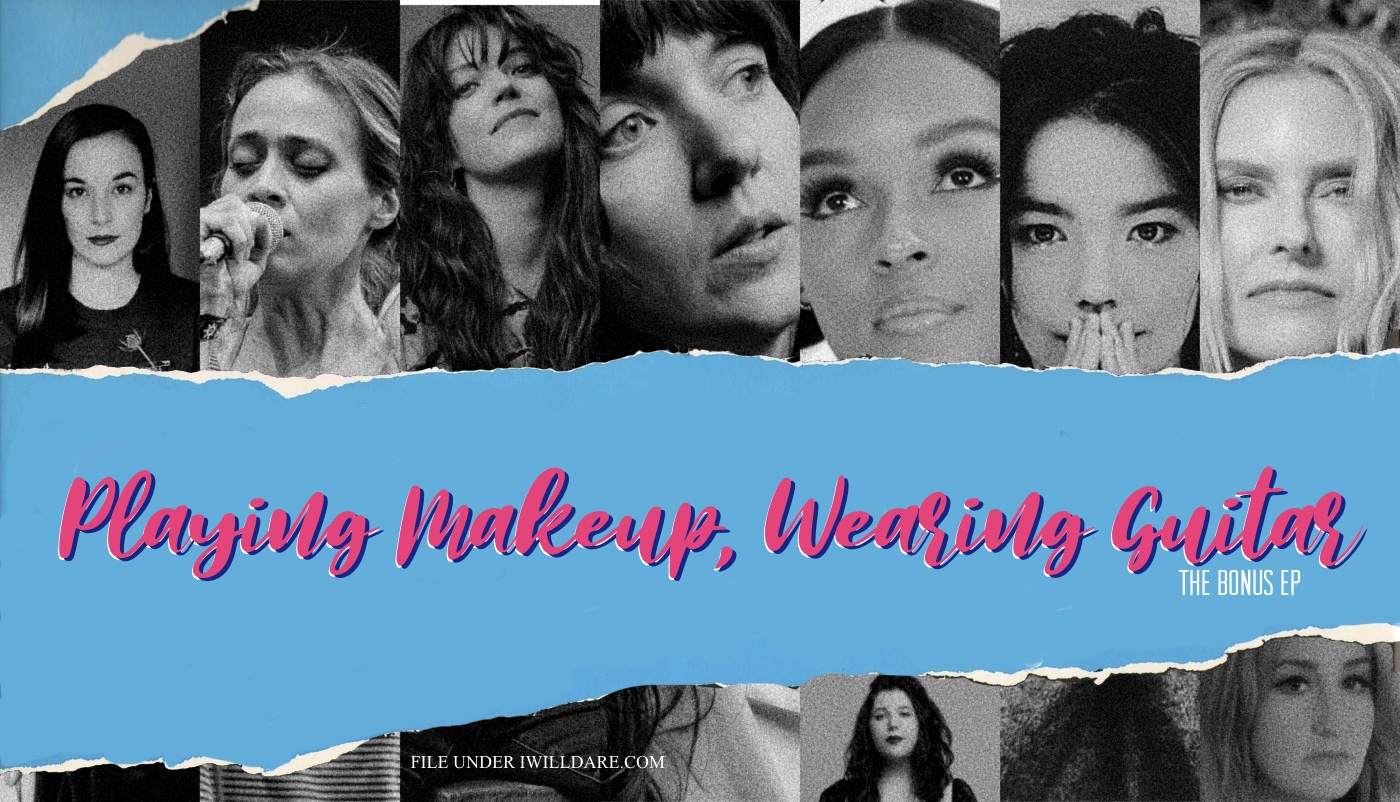 Guess which band made a huge announcement about the 40th Anniversary of their debut album today?

Obviously there is some universal Replacements’ vibe in the air this week. Am I excited to hear 67 new Sorry-era tracks from my very favorite band? Kinda. Do I want to read more words written by Bob Mehr regarding The Replacements? No. Not even a little bit. Do I think they missed a huge opportunity to do something cool like, oh, I don’t know, an All-Woman Tribute to The Replacements? Hell yes. I’m just sitting here with giving away free good ideas to get women interested in old sad bastard rock & roll and introduce the ‘Mats to a whole new audience and they’re all, I know. . . let’s release four CDs and have the guy who wrote the really boring book write more words. Genius.

So, anyway, the best thing about putting a daydream out into the ether is when people decide to play along. Westernerd Chris made a YouTube playlist of all the videos I linked to yesterday. It is amazing and makes my heart glow with happiness. At one point in today many-tentacled ‘Mats discussion on Twitter Wolfdogg said he could hear Liz Phair doing “Answering Machine” so clearly in his head that he was trying to will it into existence.

The best part were all the people suggesting more songs by more women. All these people talking about women covering the ‘Mats got me a little choked up. Their love of the music was so sincere and it was just a really nice thing to have happen on a day where I’m a little down deep into the darkness.

Here were the suggestions I caught.

Kate suggested this one and it’s so perfect that I’m a little miffed my brain didn’t think of it first.

This came from Westernerd Chris and he added that maybe she’d do it in the spirit of “Cold War.”

My long-time Westernerd Pal Areg suggested this and it’s perfect. Just imagine a “Save Me”esque version of “Swingin’ Party.” Doesn’t it kind of make your heart race?

I’m not sure what Chris was thinking on this one, but after listening to “Stay With Me” I can kinda see Glaspy pulling this off.

Fiona Apple, All Shook Down

This was another Kate suggestion, and I’m down for this. I love Fiona Apple and there was a while there this winter where I had to listen to her cover of “The Whole of the Moon” everyday to ward off the creeping darkness.

Margo Price, I’ll Be You

I’m not a Margo Price person. Like conceptually I should be one of her biggest fans. She checks all the boxes of things i like, but for some reason my soul doesn’t connect with her music on any level. However, since Kate did such a good job with the other two suggestions she can have this one and maybe it will bring me around on Price.

Dan on Twitter said he could hear her doing “Unsatisfied” but I already have Laura Marling stuck in my head for that song. However, I can also hear Barnett doing this one in my head. So win-win.

My pal Tony suggested this one, which is wonderful. I was kind of bummed when I couldn’t immediately think of anything for Dacus to cover yesterday. As soon as Tony said “Darlin’ One” it clicked together perfectly.

My friend Kurtis suggested Bjork and my brain first went to “Otto” but then I wanted her to have more words to sing and I would love to hear what she creates for “the words I thought I brought I left behind so. . . never mind” line. Like I keep thinking of something surprising and delicious like she does on “Oh So Quiet.”

If I write you a letter tomorrow, I promise it will not be about The Replacements.
Jodi