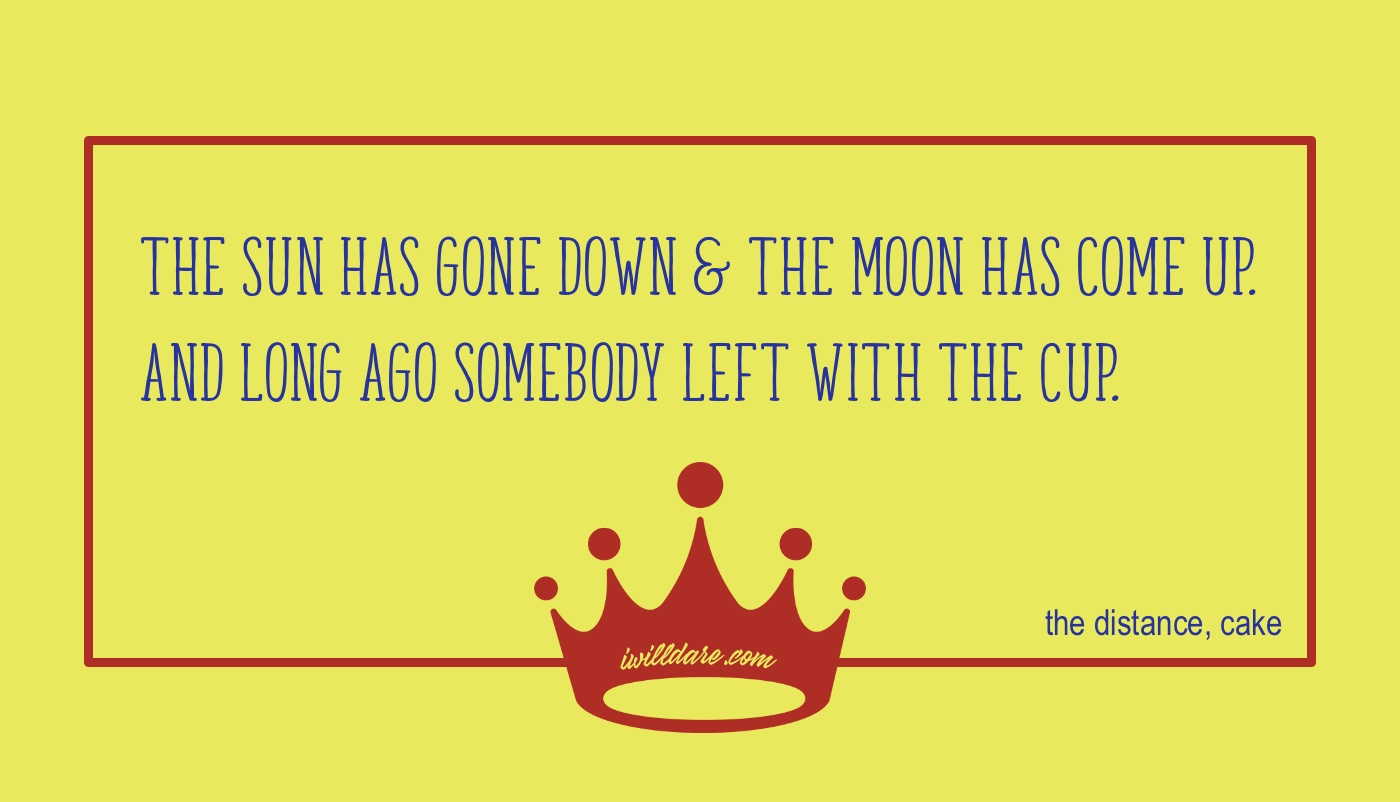 A surprising number of conversations I have with my friends start like this: “I know you don’t listen to podcasts, but. . .”

Then they go on to describe in excruciatingly dull detail the podcast or the episode they think I should listen to. Most of the time I listen politely because obviously this is important to them. Sometimes though I am not my best self and instead I make obnoxious fart noises while giving two thumbs way way way all the way down.*

Imagine my surprise when not only did I listen to an episode of a podcast while showering this morning, I emailed a friend about the episode. He had told me about the “60 songs that explain the 90s” podcast a few weeks ago, complete with the “I know you don’t listen to podcasts” disclaimer. But he got me by telling me they spent an entire episode discussing Sinead O’Connor’s version of “Nothing Compares 2 U” and, well, apparently that’s all it takes. Since then I’ve been cherry-picking episodes based on if I like the song or artist.

What I really, super loved is how Podcast Dude made a connection between Cake and Soul Coughing and the howl of glee I let out while getting dressed was almost loud enough to go back in time to 1996 when I tried to tell Corey the same thing and he refused to hear it.

Corey was a Christian-Slateresque rollerblader who worked at the gas station with me. I, of course, had a huge crush on him despite my aversion to rollerbladers. I was firmly in the skatepunks are the cutest of all wheeled-mammals camp.

Because I’m 95% awkward yeti I have no idea how to flirt. Because I was twenty-three and it was the 90s, I did not think trying to flirt with my co-worker was a bad idea. So I did what every rock & roll loving awkward yeti does, I argued with him about music. My brain was infected by romcoms and shitty tv sitcoms where arguing is the same thing as flirting. Like, why wouldn’t he fall in love with me as I passionately disassembled whatever he just said about the Mighty Mighty BossTones. I might not have know much about love, but I do know that men really love it when you vehemently disagree with them and lay out cogent arguments that make your case.**

Anyway, from 3 p.m. – 11 p.m. Corey and I would talk about music constantly stopping only to sell Mountain Dew and Camel Lights to the citizens of Shakopee or to chat with his roommate or my sisters when they would stop in.

One of Corey’s most endearing traits was that he loved Soul Coughing almost as much as I did and we spent many hours talking about Mike Doughty’s lyrical genius. One of his most unendearing traits was his dislike of Cake. He could not get behind “The Distance” no matter how many times Rev105 played it during our shift. I could not comprehend this because to me Soul Coughing and Cake were like blue M&Ms and green M&Ms. . . virtually the same damn thing with minor cosmetic differences.

I was a twenty-three-year-old absolutist. Everything was black or white. I had no time for namby pamby nuance. I like to think I’ve grown since 1996. However, I have to admit I have not grown so much that I didn’t wish for a flux capcitor so I could go back in time and wave my very excellent rectangle in Corey’s face and shout “I told you so, Soul Coughing and Cake do share a branch on the family tree.”

Unfortunately, Corey got lost to time. I think he went to work in a gas station in Chaska and I went to work at a different gas station in Shakopee. The last time I saw him was in the early-aughts. I was on a first date and we were going to see a movie at the shitty theater in the Eden Prairie mall. I literally bumped into Corey who had a cast on his arm. He was still pretty cute, but there with his girlfriend. It was like awakward yeti to the 107th power. I’m surprised EP didn’t implode from all the awkward I was pushing out.

So the moral of this story is, I was right. He was wrong. I’m bad at flirting, but good at arguing about rock & roll.

P.S. I wrote this p.s. as the first two graphs of this letter, but then I made the editorial decision to put them at end since they have very little to do with today’s topic.

I’m cursing myself because I had the idea for this letter when I was filled with caffeine and sunshine and couch dancing to Cake’s phenomenal 1996 album “Fashion Nugget.” Usually when I am so moved I strike while the iron is hot and bang one out all quick and exuberant like. Instead, I tried to be responsible and do the work that people give me money to do.

Now it’s hours later and I am filled with tacos and a setting sun and sleepiness even though I am still listening to Cake’s phenomenal 1996 album “Fashion Nugget” this is zero couch dancing. There isn’t even a shoulder shimmy to be found. A bitch is tired.

*This happened to poor BFK recently when she tried to get me to listen to the Obama/Springsteen podcast. Not only did she get the above antics she also got to hear how I’m don’t care for Springsteen and mostly just think of him as a boring John Cougar Mellencamp. I blame MTV for playing the “Glory Days” video roughly 183 times a day the summer of 1985. She also got a small lecture on how I do not care even a little bit about what two super-wealthy men have to say about anything.

I’m a great friend and people love me.

**Patently false. Men do not love this and I have been called a boner-killer on more than one occasion because I do this all the time.

I am a great woman and men do not love me.