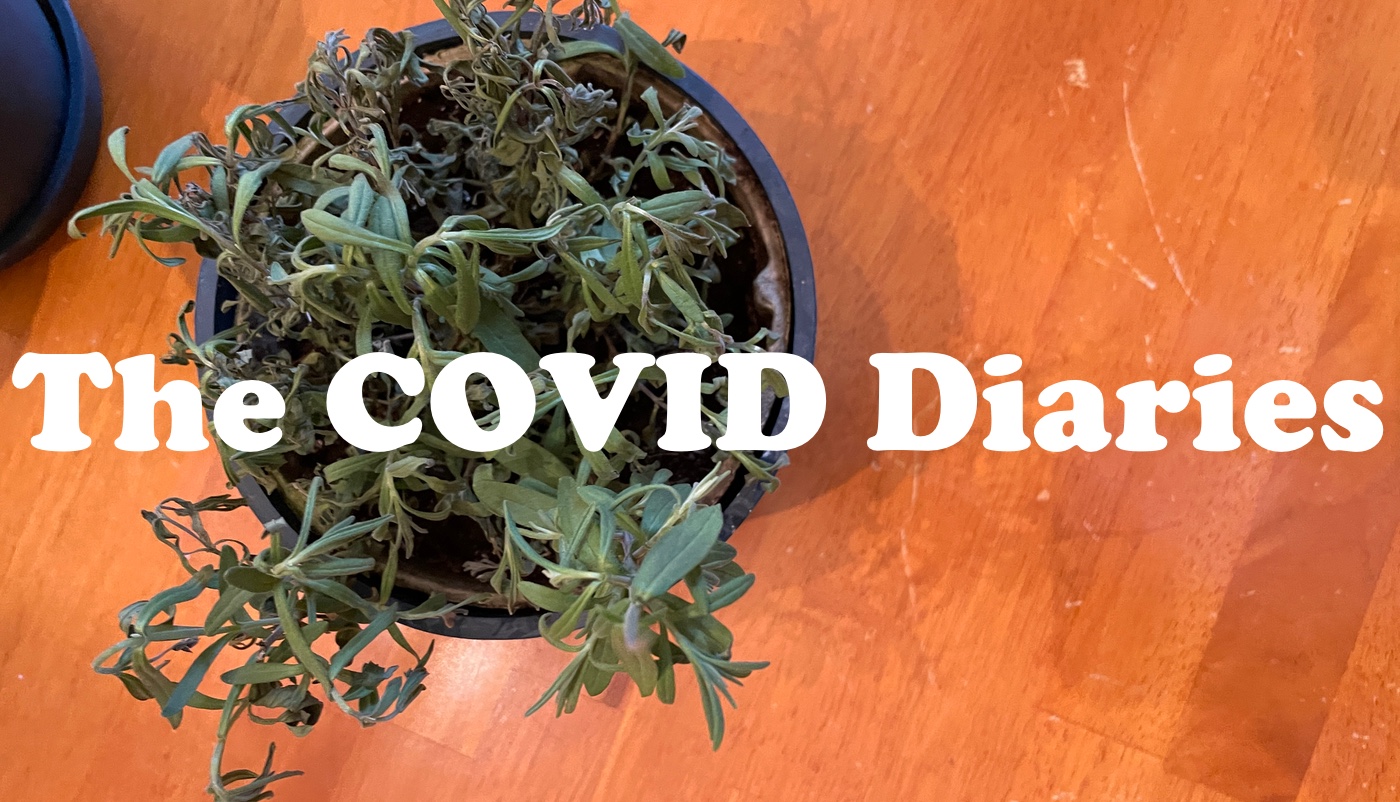 Another lavender plant died in my custody. I didn’t even have this one for a week before it started to die!

I was gonna say I killed it, but I think this is just a weak-ass strain of lavender. Once? yeah, probably my fault, but twice? Really? I’ve kept Muriel alive for 17 years so, like I said, I’m practically a farmer.

Even though I really want to grow lavender, I’ve decided to have it replaced with a philodendron. Like I told the very nice customer service person at Bloomscape, I cannot have another dead lavender on my conscience. I have a small vase full of dried lavender on my coffee table. I get the heart-eyes whenever I look at it because Jaycie brought me the lavender all the way from Oregon and Maxwell bought me the blue vase because it’s my favorite color and so I’d have something to keep it in. They really are the reason that I’m never too sad about not having children of my own. Being an aunt is sufficient.

That childlessness has been on my mind a bit today. This total heteronormative bullshit June 2019 article “Unmarried Women with No Kids Are the ‘Healthiest and Happiest Population Subgroup,’ Says Expert” blipped by on Twitter this morning and it made me so angry I put my glasses on at 7 a.m. even though I wasn’t ready to get up.

Excuse me, could you define happiness Expert Dude? Does it include the crushing loneliness mixed with constant financial and emotional insecurity? Where does the societal pressure fit in? How about the near constant feedback that you are pointless and could easily blip out of existence without anyone being effected in the least? Fuck man, life is hard for everyone. My hard is just different than a wife or mother, I know that. But sanctimonious assholes expect my life is all orgasms and naps all the time because I don’t have any kids or responsibilities. Thanks, Jenny, I also don’t have anyone to help pay the mortgage either.

Now, instead of rage barfing for 100 years, I’m gonna tell you one good thing about the dying lavender. No, two good things.

First of all, it smells wonderful.

Second of all, it’s still sitting on the dining room table slowly dying because in the secret optimistic chambers of my bitter, cynical heart I believe it’s going to make a dramatic comeback and thrive like a motherfucker because I want it to.

In the meantime, every time I walk past the table I sing “Dead Flowers” by The Rolling Stones. This is probably my favorite Stones’ song. Some days it’s “Get Off My Cloud” because drums and hand claps make me feel like I have Pop Rocks in my veins in a really good way.

Whenever I sing “Dead Flowers” I always think of my pal, Vodo. Many nights at Grumpy’s he would try to con me into singing karaoke and I always responded with “I’d rather die” or I would explain that I am so shy that I would die if I got up in front of people and sang with my own voice.

Just thinking about it gives me shivers of horror. I will serenade the shit out of you at our table. In Ruby. Randomly while I’m sitting on the couch. But in front of people? No.

Anyway, one of those nights we were talking about The Stones and my favorite must have been “Dead Flowers” that night and Vodo said, “You can do that one! It’s not even really singing. You can say it.” Then he busted into the first lines of the song. It was adorable.

Your queen of the underground,
Jodi