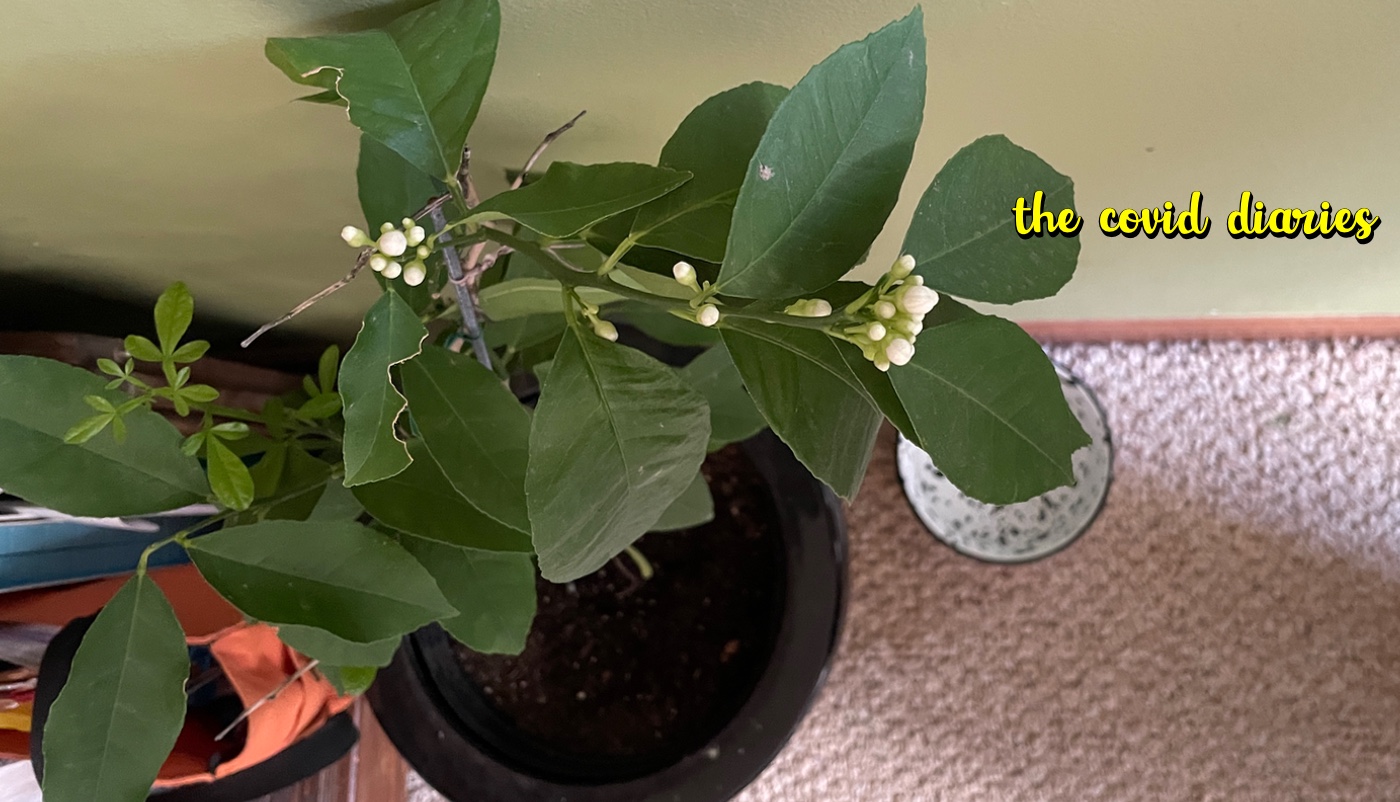 I wrote 90% of this letter before my Mom stopped by on her way home from the grocery store. We sat in my garage, with the door open, six feet apart, and she told me that there’s been a COVID outbreak in their apartment building. My mom, dad, and Uncle Danny live in a 55+ senior building in downtown Shakopee. They’ve had five cases in the last week or so. She’s freaking out and said she wasn’t going to come to Family Dinner this week, and probably will be staying home until maybe Thanksgiving.

Her fear breaks my fucking heart. This is all so exhausting. Having to constantly weigh the risks of seeing anyone at all is almost as hard as the constant isolation.

I can’t do anything to comfort her, all I can do is commiserate. “I know,” I told her. “Just seeing you like this makes me nervous.”

So, speaking of being exhausted and sad, here’s what I wrote about my Sadness Garden because, really, has this week had enough high emotions on very little sleep? Nope.

I got a Meyer Lemon tree as a birthday gift from Sister #3 the day Prince died. If you are not a Minnesotan who has that day forever burned into your memory, it was April 21, 2016. My birthday is in June. The fact she got me anything at all during any month of the year was surprising. Over the past dozen years she’s gotten me exactly three birthday gifts.

Am I being petty? Yes. Over those same dozen years did I crochet blankets and buy gifts and make birthday dinners for her and each of The Tibbles? Also, yes.

The tree’s official name is Trevour, pronounced trev-oir like if you were trying to Frenchify that name. It’s named after a kid BFK & I worked with at Jasc back in the 90s. I mean, if you count 1999 as the 90s. I do not. Trevour’s last name is Meyer. I’m not very creative.

I can’t remember which winter month of 2018 it was, but suddenly and for no reason I could discern, Tervour shed all his leaves. I’m about 90% positive it happened after the big Christmas blowout of 2018. That was the year Sister #3 accused me of putting conditions on my gifts to the Tibbles and I lost my shit. What she saw as conditional gifts I saw as trying to continue a relationship with my nephews. And, as you already know our relationship has never really recovered. It’s just a sadness tinged with anger I carry with me all the time now.

So once Trev shed all his leaves I thought he was a goner. Eventually, his leaves grew back, but he hasn’t popped out a lemon since October of 2017.

Imagine my surprise and delight when I noticed a some buds on ol’ Trev this morning. It’s a very happy development in a very shitty time. I knew Trev could do it!

In other Sadness Garden news, Wendell has decided to start licking the leaves on the Weeping Fig tree (Benjamina) and I got a new lavender plant to replace the one that died. Oh and I replanted Eleanor II so her pot matches the lavender and the red prayer plant whose name I forgot.

Oh, and whenever I think about Trevour the Tree I remember one time arguing with my friend Adam about where we should all go when the apocalypse happens and he was arguing for he & BFK’s house because it’s bigger than mine and I was arguing for my house because it is mine. At one point I shouted, “I’M PRACTICALLY A FARMER,” while pointing to the tree. Of course, I won.

P.S. I spent the morning arguing about Wilco on twitter and it was the best 20 minutes to happen so far this week.