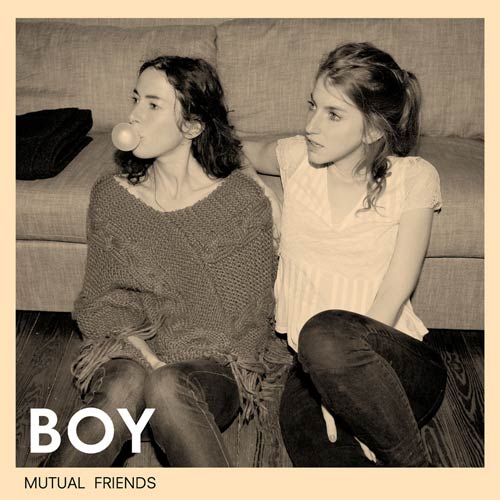 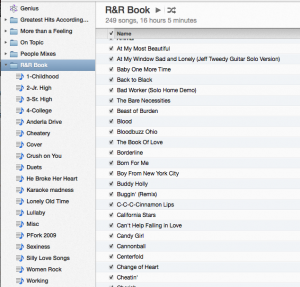 I decided right now that I’m going to write about my favorite albums and/or songs of 2013. I already started last week with Jason Isbell’s “Southeastern”, which is, I repeat, the best album to be released in 2013. If you don’t agree you are wrong and I feel sorry for you.

My second favorite album of 2013 didn’t even come out in 2013. I think. It might have been released in the US in 2013. I’m not entirely sure and I don’t care enough about the actual release date to nail that fact down.

Fact is, it’s not even a particularly outstanding record, musically or lyrically. It’s got some catchy pop songs on it. It’s fun but innocuous. Yet, I know every single song by heart and I love each of them.

Why? Because I wrote roughly 80% of the first draft of The Beast to this album. When I write my Largehearted Boy Book Notes essay for this book, I will have a hard time choosing just one of the songs off BOY’s “Mutual Friends.”

For some portions of the book I had very specific, mood-setting playlists. You can see the moods if you embiggen that screenshot up there. You can also see that there are (currently) 249 songs on that playlist. If I sort the playlist by number of plays the top three are BOY’s “Little Numbers,” Stevie Nicks & Tom Petty’s “Stop Draggin’ My Heart Around,” and Neko Case’s “Runnin’ Out of Fools.”

And when I type those three song titles, I nod my head and I’m all “yep, that’s the book.”

But like I said roughly 80% of the book was written to the tune of BOY’s “Mutual Friends.” So what gives? And why that record? 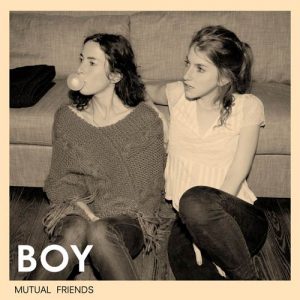 Well, I first discovered BOY when “Little Numbers” fell into my lap at the exact right time. Remember that? I listened to this song so much I started to annoy myself. Thankfully, I moved on from the giddy crush phase of The Beast and onto other things (see: Stop Draggin’ My Heart Around).

But the thing with writing, for me at least, is that you can’t always be listening to gut-wrenching, attention-grabbing, or sing-a-long songs. You got some work to do. Now I’ve heard tales of some people who write in silence. I don’t know how they do it. Of course, I’ve heard tales of people who read books and listen to music at the same time. I don’t know how they do that either.

So for the official record: I’m music when writing, silence when reading. Nutter Butters for everything.

For large, portions of the book I needed a very specific sort of music: must be by a woman; I must have no emotional/nostalgia connection to it; upbeat but not too upbeat; good, mindless, enough there to entertain the reptilian parts of my brain without getting to in the way of the thinking parts of my brain.

It’s really the first song on this album that secured it as my go-to writing music. “This is the Beginning.”

This is the beginning of anything you want.

I would hear that line every day when I pulled up The Beast and it became like a rallying cry. “HELL YES! Anything I want.” It reminded me, on the daily, that I could write anything I want. There were no rules, no expectations, just what I wanted. It was such a reassurance.

And the rest of the album is filled with innocuous, cute-to-clever songs — “Waitress” being a particular standout with the whole the waitress is waiting line and the one about her counting from nine to five. The songs are good but not total attention stealers. Songs that aren’t so bland that your ears are bored or when you turn your mind to them you’re annoyed.

This is, clearly, a sentimental favorite. I couldn’t argue for it’s greatness outside of the “but it means so much to me” argument. I don’t think I’d push this album on anyone. But damn does it mean a lot to me now.