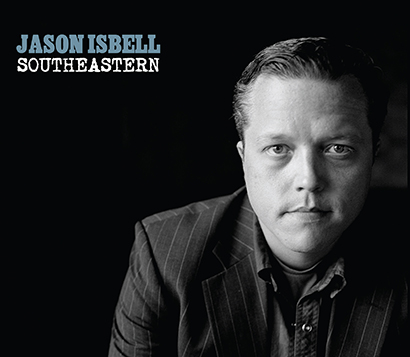 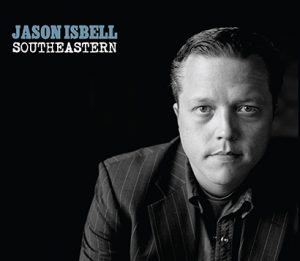 For the first time in very many years, I could probably make a Top 10 list of Favorite Albums of 2013 and not only would it actually have ten albums on it, they’d all be released in 2013. Perhaps 2013 (aside from fuckin’ HAIM and Alt-J and The Lumineers and everything Bon Iver is involved with) is the year rock & roll got unboring. Or maybe I found more of the unboring stuff. One could probably postulate that it was me who got unboring, but we all know I’m more boring than ever before (and proud of it, damnit).

Jason Isbell’s “Southeastern” is the album that ran right away with my heart when I finally paid it some attention this summer, and according to Last.fm it’s the album I’ve listened to the most in the past 12 months. Of course.

So what about these arbitrary number of reasons I was bragging about? I got your reasons right here.

The older I get the more I like things that are emotionally messy. Life is emotionally messy. It’s rarely as clear-cut and starkly right/wrong as I thought it was when I wore a younger woman’s pajamas. That’s part of the appeal of Isbell’s record — it’s devastating at times: “Elephant” about a friend dying of cancer, and it’s sadly goof at others: “Super 8” about dying in a shitty hotel after doing a little too much of something you shouldn’t. But the record is also romantic like on “Flying over Water” where the singer implores his baby to take his hand because flying over water makes her cry. And there’s a little bit of sexiness too, see
“Cover Me Up.”

*one should never pass up the opportunity for a Billy Joel reference. Ever.

It’s slick but not too slick

I have discovered that I am not a fan of slick production. I like my music to be a little dirty, to have guitar squeaks, vocal squawks, exhales and snorts and not to sound like it was made by robots. This is why I can’t ever seem to get into The Gaslight Anthem — the production is just too slick for my taste. It’s like they cleaned up all the good and what’s leftover is music-food product, like Velveeta is cheese-food product.

“Southeastern” seems to ride a very fine, indefinable line between being nicely produced but not over produced.

I am always more attracted to lyrics than I am to anything else about a song. Good lyrics will go a long, long way with me. And this record? Damn. It’s like each song is an exquisitely crafted story. Isbell conveys so much in just a few words. For instance, “we laugh out loud and bitch about the weekend crowd.” Tells us about the relationship between singer and subject, and their familiarity with the bar. There are a bunch of these throughout the record. If I were 15, I’d transcribe them all for you.

This song. From the acapella intro to gaze/days rhyme to the idea of living with the multiple versions of yourself throughout your life. I love it all with two exclamations!!