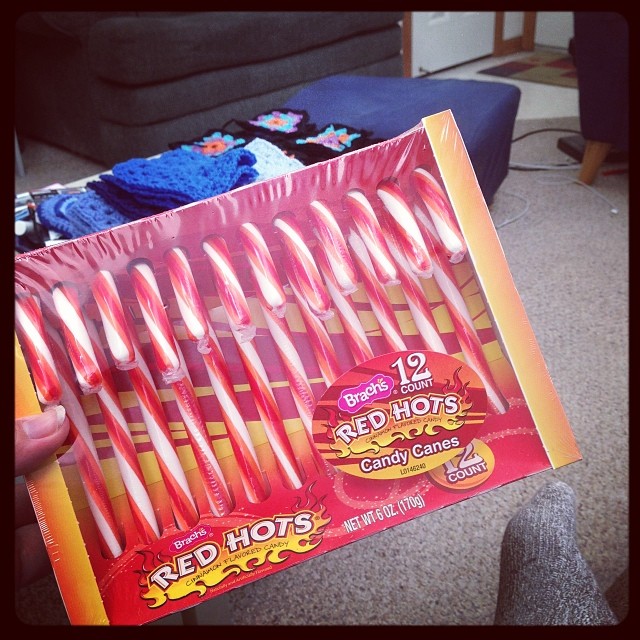 10:07 a.m.
Well, it has come to this. I have developed a QuizUp addiction that is threatening to take over my life. Frankly, I’m a little surprised that I’m taking the time to type at all. Trivia games are the worst kind of temptation for smartypants know-it-alls.

So yeah, I spent the morning playing trivia games, listening to the United States of Americana, and drinking coffee. It was kind of nice.

Eventually, I managed to put down Ziggy and pick up the remote control so I could watched “Meet the Press.” I wanted to see what they had on deck for the show considering Nelson Mandela’s death. When they said they had an interview with Maya Angelou, I was all in.

In my early to mid twenties Maya Angelou and John Irving spent a lot of time duking it out as my very favorite author. And for a time after I scrawled my favorite e.e. cummings saying into the cover of my journals (To be nobody but yourself in a world which is doing its best, night and day, to make you everybody else means to fight the hardest battle which any human being can fight; and never stop fighting.) I would quickly add one by Maya Angelou: Music was my refuge. I could crawl into the space between the notes and curl my back to loneliness.

Yeah. Maya on Meet the Press was good. So good that when she started crying I bawled me damn head off. 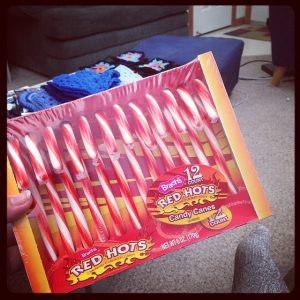 I made the claim that Sunday naps are great, but snowy Sunday naps are the greatest and people I have woken to tell you that I speak the truth. This snowy Sunday nap was made all the better by the fact that I spied with my little eye the start of “How the Grinch Stole Christmas” on TBS. I landed on that bad boy, popped off my glasses, and snuggled in for a long Winter’s nap. I was sawing logs before the Grinch stopped bitching about all the things he hated about the Whos down in Whoville.

So I awoke from my slumber and remembered how I bought Red Hot Candy Canes yesterday at Target and how they have quickly become my very favorite things on Earth. Until I spied those delicious, cinnamony canes I was pretty much a candy cane purist. I was all red-striped peppermint or nothing. But now? Now I’m all Red Hot Candy Canes for all! I also got some Spree Candy Canes, which I haven’t tried yet. And I saw some Pixy Stix candy canes with Pixy powder marrow in ’em, but I resisted their draw.

8:51 p.m.
I skipped family dinner due to winter driving anxiety. This always bums me out. Come Angry Hermit season Family Dinner is often the only meaningful face-to-face contact I have with other human beings. Also, I had to make my own dinner and I always have to make my own dinner. All the time. Every day.

Tonight I made yakisoba chicken. It was delicious. I ate myself into a yakisoba chicken coma, but have started to come out of it now. Now, I need to get back to making Nolan’s Christmas snake. A snake. When I imagined making Christmas toys for my nephews I dreamt of teeny amigurumi foxes and penguins. Instead I’m stuck making a giant Enderman and a snake.

After I finished the run of “Family Ties” I’ve tortured myself over what sort of mind-numbing TV fare I should be shoving into my eyes. Yesterday after rejecting all the shows an all the streaming services, I landed back at Buffy. Only this time I was going to go through with my plan to ping pong between “Buffy and “Angel” and watch TV like it was meant to be watched at the turn of the century. Well, except for the commercials. But, truth be told, I kind of like commercials. I like the way they break up the show. How they give me something else to think about, and, frankly, I love to critique them.

Ask my nephew Maxwell, I can get pretty hopped up about the how utterly stupid some commercials are. Ask me sometime about the stupid Charmin Bear Mom says she tries to keep her kids’ underwear clean even though they don’t even wear underwear so why the fuck are they getting so dirty? There also seems an alarming trend where companies position their products in such a way that it would seem by using them the consumer would become a giant, entitled, insufferable asshole.

So now, I am winding down the day with a final episode of Buffy. The one where Faith comes out of the coma. I think Season 4 in general is kind of a bummer, mostly because I hate Riley almost as much as I hate a cartoon bear underwear.