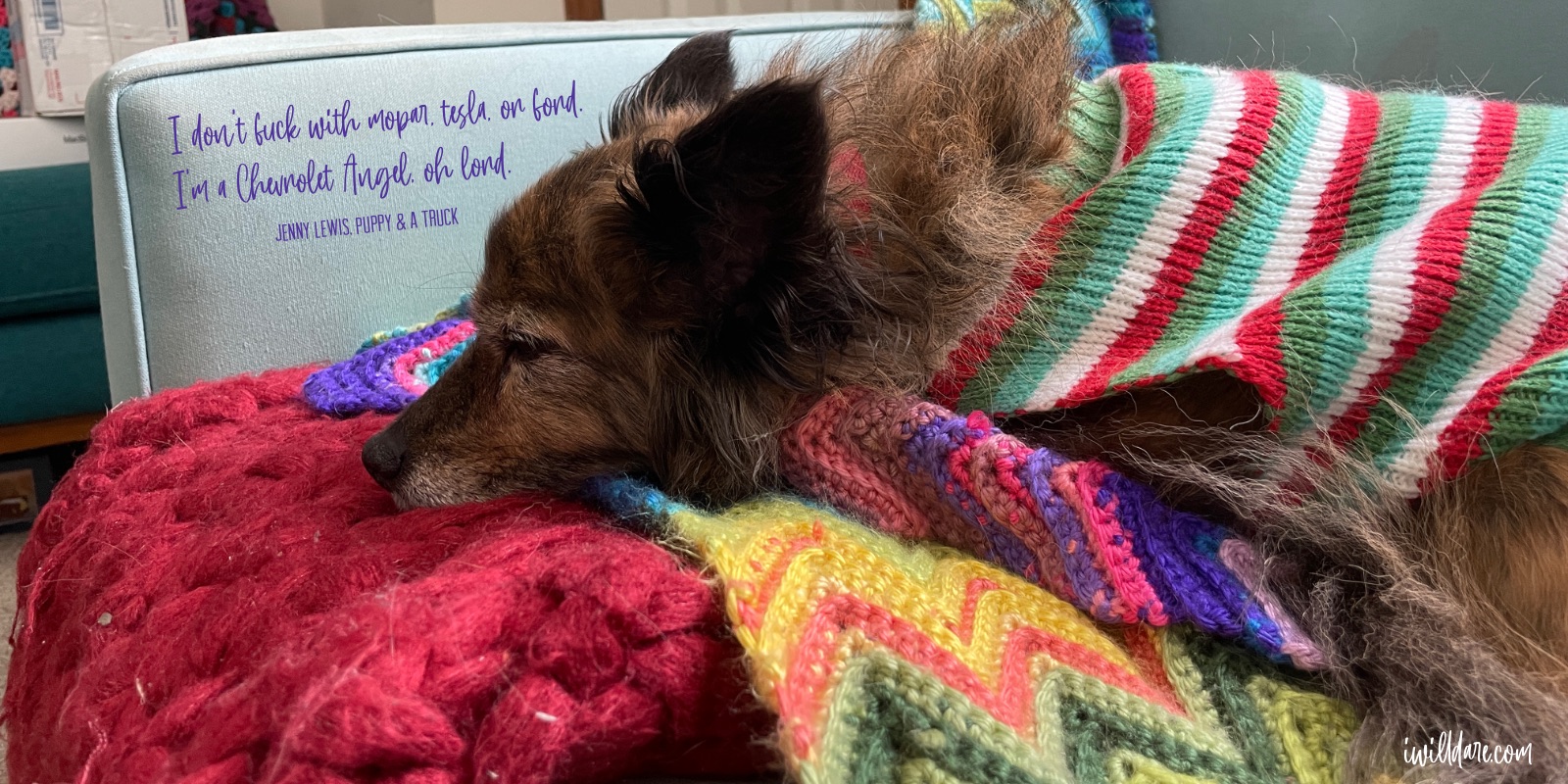 Because I still blog like it’s 2002, I feel the need to keep you abreast of any planned lapses in content delivery. For real, if a blogger missed too many days in a row people got legit worried. Were they dead? Did they abandon their blog? What mysterious circumstances would prevent them from telling us all about the delicious turkey sandwich they had for lunch? The possibilities were endless.

I also like to pretend I’m the CEO of this joint, which is a properly run, profitable corporation and bust out all the corporate speak I can remember from my days as a cube-drone in the early-aughts. I don’t why this cracks me up, but it does. Maybe because as I type this I’m wearing fuzzy, grey pajama pants and have Jenny Lewis pumping through my beloved yellow cans.

Speaking of Ms. Lewis, have you heard her latest song “Puppy & a Truck?” It’s hilarious and with a few edits it could be my life. Though, I will not be getting a puppy anytime soon. I got Wendell. He plays fetch like a dog. However, ever since Walter got here yesterday this song has been playing on repeat in my head. Because now I have a puppy and a truck. You know Ruby’s a 1999 Chevrolet S-10 right? And while Walter is an old man now, and I never knew him as a puppy (he’s a rescue), he’s still a puppy in my heart.

So here’s the current state of affairs.

Anyway, don’t expect much out of me for the rest of the week. Sister #4 arrives tomorrow and the chaos of a full house does not prove conducive for thinking, writing, or doing any thing but surviving my super extroverted sisters. Thankfully, they all leave Friday so I have an entire weekend to recover.

Thankful for you always,
Jodi