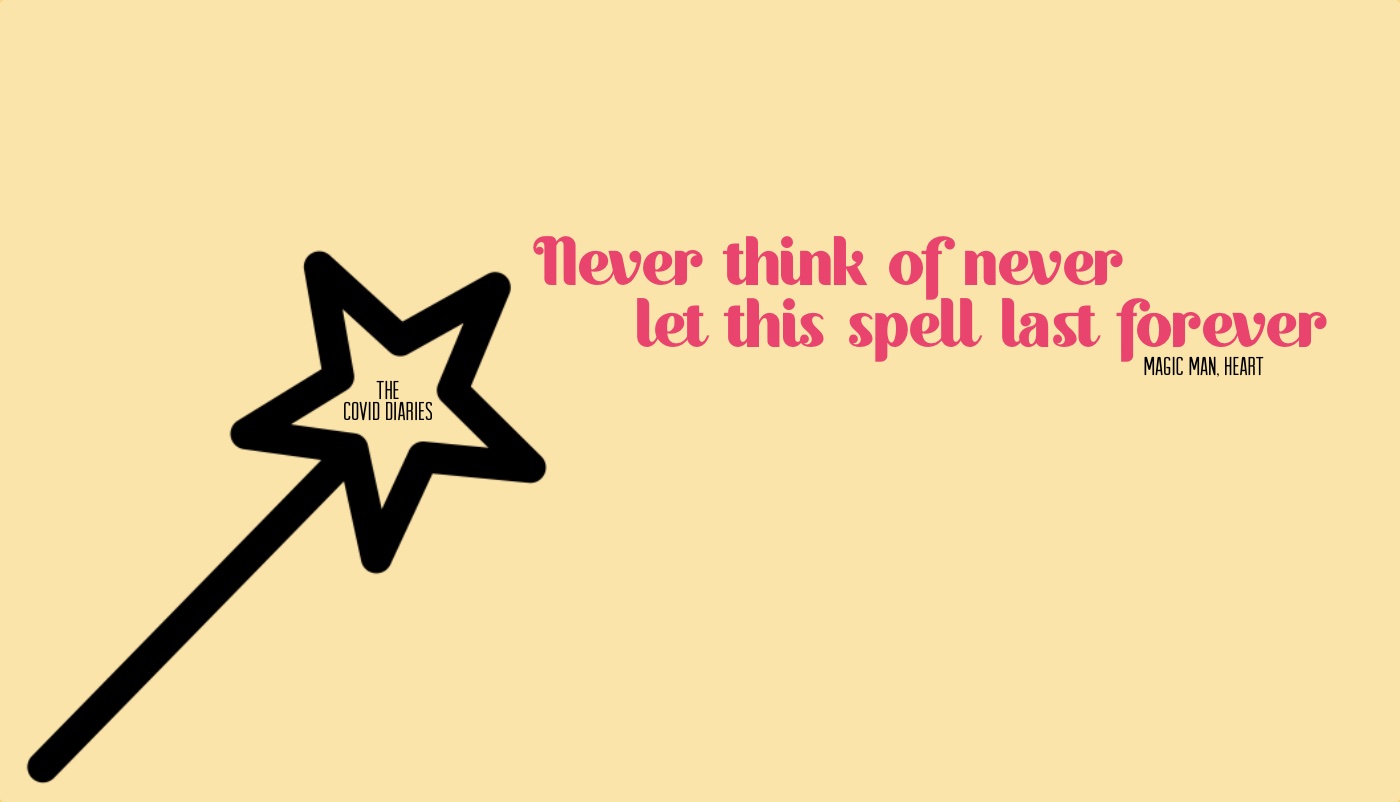 There’s something going on in my brain or my soul that requires listening to “Magic Man” by Heart at least two times a day. So far today we’re at four.

It’s strange that I’ve chosen “Magic Man” because for a very, very long time I did not like this song. Please forgive me Ann & Nancy Wilson, I love you dearly.

“Magic Man” was one of the songs my Aunt Cathy would listen to endlessly when she entered her “druggie” phase in like 1985 or 1986. She was also fond of The Rolling Stones’ “Angie,” which I still fucking hate.

Growing up, my Aunt Cathy and I were tight. She’s only two years older than I am, and from the time I started remembering things until about 1987 I would spend at least one week every summer with her. When Cathy and my grandparents still lived in Savage my Aunt Sherry would take us swimming at her apartment, and we’d drag chairs across the street to peer over the fence at a baseball game played by maybe the Savage Fire Fighters? I don’t know. I know my Grandpa Cub would bring us cold bottles of orange soda and it is one of my most cherished memories.

Once they moved to Shakopee we’d spend more time hanging out at the mall, specifically the arcade there, or swimming at the community pool. A typical day would involve rising around 2 p.m., going to the mall or pool, coming home to eat pizza, play endless games of gin rummy while watching MTV until the sun came up. It was heaven. Then Cathy discovered boys, cigarettes, and marijuana and I wasn’t so into any of that.

This may come as a surprise but I was a goodie-goodie. I still kind of am. This was the “Just Say No” eighties. The “this is your brain on drugs” frying pan & egg eighties. This was the Regina Morrow died after doing coke one time. ONE TIME. In Sweet Valley High #40 On the Edge eighties. I was a fool who believed Nancy Regan that if you have a single puff from a joint you might as well just die from a heroin overdose right now.

I held onto these beliefs for much longer than I care to admit. Once at Grumpy’s after a class at The Loft, one of my friends was all, “oh yeah, we did a bunch of coke before going to see Elvis Costello at The Longhorn,” or something to that effect. My eyes popped out of my head, “YOU DID DRUGS?” People who did drugs did not grow up to be successful mothers and aspiring writers. Nancy Reagan said they died in a gutter. People who tried drugs were not smart they had fried egg brains or died after trying coke one time. ONE TIME.

Of course, I dabbled in pot in college (notably for the first time before Mudhoney show, because 90s). I wasn’t a fan. It made me feel disconnected from my brain and kind of stupid, a feeling I hate. Mostly, it made me want to go bed.

One time a very cute boy named Benny asked me if I wanted to get high and I said, “No it just makes me want to go bed.”
He smiled at me very charmingly and said, “That’s okay, Chromes, as long as you go to bed with me.” And I did nothing about that because I was a twenty-two-year-old ding dong. Regrets, I have a few.

Whenever that summer was that Cathy discovered pot and boys and classic rock was not my favorite. We never went to the pool or to the arcade. She spent a lot of time explaining to me what “Comfortably Numb” and “Come Together” were while figuring the perfect amount to burn the end of an eyeliner pencil. I spent a lot of time ignoring her while working through V.C Andrews’ catalog of incestuous novels and trying to figure out what the fuck Erica Jong’s Fear of Flying was about. We stopped spending summers together because her druggie friends were way more fun than I was. I mean, that’s totally true. Who wants to hang with a 6’1″ goodie-goodie who can’t figure out what a zipless fuck is?

Eventually she would runaway from home to live with her boyfriend and only move back once she was pregnant at eighteen. I would continue to be a giant fucking nerd. That’s how life goes. You’ll be happy to know that Cathy did not die in a gutter. Instead she’s a happily married grandma and I see her every year for Boxing Day Lunch.

Tomorrow I go back to answer the Googlers’ questions. Today I’m gonna listen to “Magic Man” three more times and then try to make scalloped potatoes.