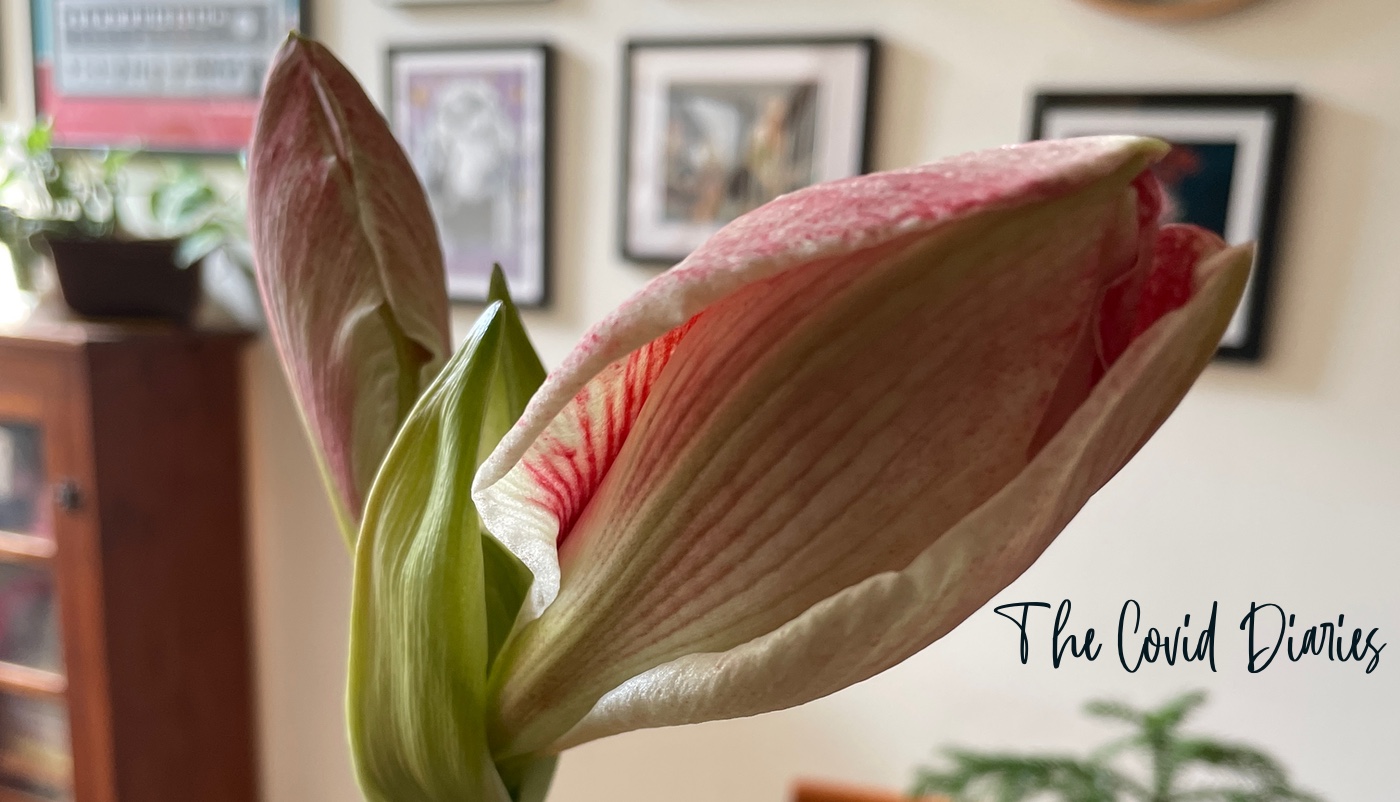 I hope you remember way back on February 25th when I predicted Phyllis the Amaryllis would bust our her flower on March 3rd. Because, take a look at that picture up there. I’m warning you now that if a flower pops out of that bad girl tomorrow I will be hawking my psychic abilities now until doomsday. You’ve been warned.

Another thing happening tomorrow? A Liz Phair livestream concert. It’s kinda delightful to have something to look forward to.

So did you catch the twitter thing last night? You shoulda. Someone at Walgreens found Evan Dando’s wallet and then Dando thanked them by playing “Confetti” next to the potato chips. I caught it right as I was doing my last scroll of twitter before bed. I watched the video about 23 times and each time I said, out loud to the dark, “I love this.”

I have a super soft spot in my heart for The Lemonheads because their record “It’s a Shame About Ray” came out at about the same time I met my friend Ray and if you don’t think I still sing that song to him every time I see him you have vastly underestimated exactly how annoying I am. It’s only fair though, because one time he made me listen to “Linger” by The Cranberries for 10 hours in a row.

“Confetti” is my favorite of all The Lemonheads songs. For many, many, many years when I was plagued with bad dreams listening to “Confetti” was the only thing that would soothe me. Still, even now, listening to this song makes my shoulders relax a little bit.

The twitter video is sorta a message from the universe to me, specifically uniquely me, what with last night’s confession about losing myself to a crush on someone who does not want me and being all bunged up about the Ex’s recent birthday. A nice reminder that I too woulda rather be alone than pretend.

Also, can I just say that early 90s Evan Dando is a wonder to behold? Damn. Double damn damn.That eyebrow thing he does at 41 seconds into the Confetti video I embedded up there? Fuck. I’m dead from arousal.

Too much informationally yours,
Jodi