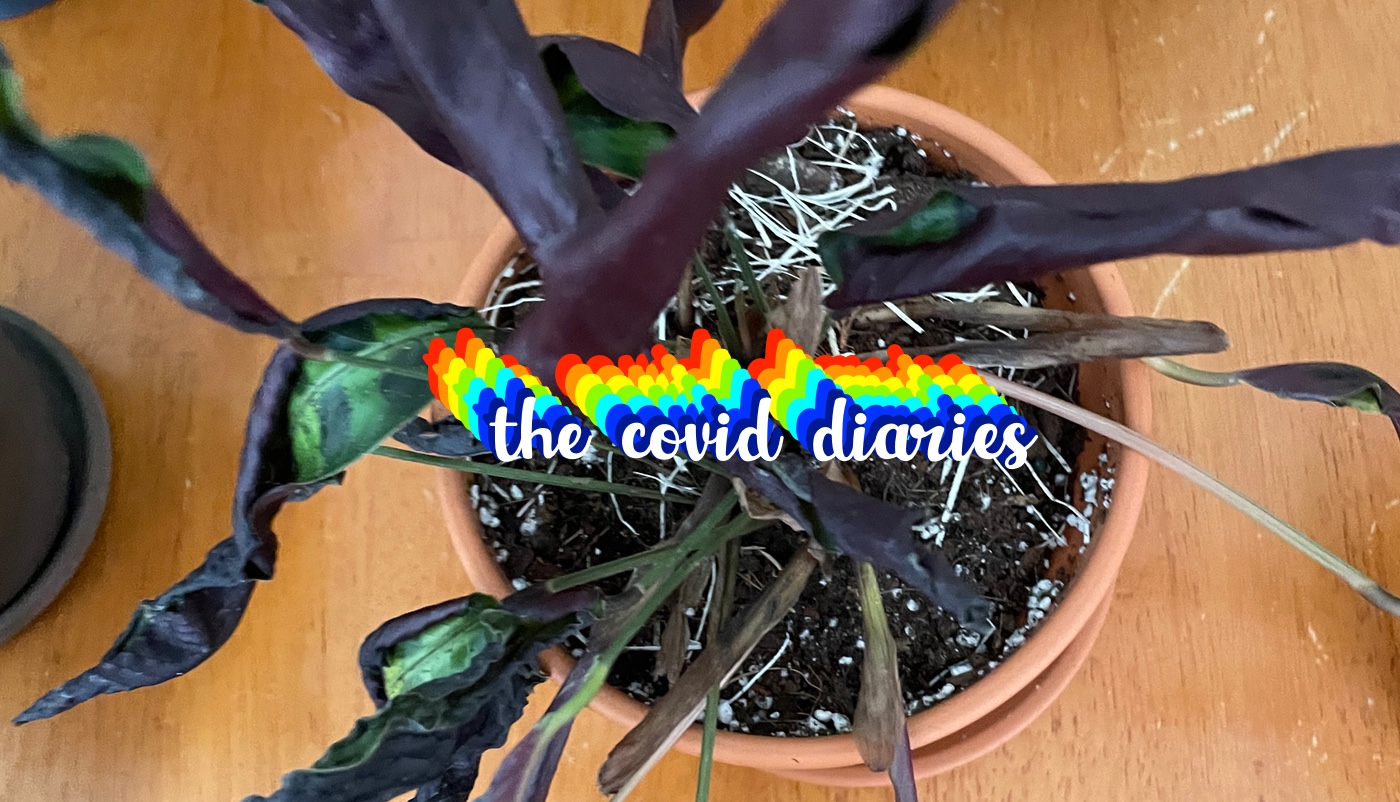 I am proud to admit that thus far today I have bought zero plants. I did buy two new planters for Roger & Lawrence, but those came to a grand total of $15 and anything under $20 doesn’t count as real buying of stuff according to me who makes the rules around here.

However, to be totally transparent, I did have a new plant come to live with me today, but I bought it last week. Also, I needed a new one because the Caltheas I moved into the Bleakness Boogaloo were not fans of my bedroom. I’m pretty sure I lost the rattlesnake one, but other two seem to be bouncing back.

Because I’m fighting a nap (so sleepy right now), you will have to make your own jokes about my inhospitable bedroom due to chilly drafts and frigid temps. Make sure there’s hints of inability to get laid in those jokes with a soupçon of something about my ice robot heart. Thank you in advance. I’m sure those jokes are hilarious.

In other death-related plant news, Phyllis the Amaryllis is very nearly dead. I knew getting her to resprout was a long shot. All the YouTube videos talked about how Amaryllises are kinda finicky bitches. But still, I feel like I failed her. I am also a finicky bitch and I’ve managed to keep me alive for forty-eight years.

In unrelated, unplant news, I’m attending a livestream book event tonight. It’s a discussion between authors Elizabeth McCracken and Karen Russell. McCracken is the author of my all-time favorite novel, The Giant’s House. I’ve loved this book for twenty-five years now and have read it maybe a dozen or so times. This will be the first time I’ve seen her speak live (though, sadly not in person) and I plan on there being some waterworks. It’s hard to put into words how much this book has meant to me. I love it like I love The Replacements, Liz Phair, Dawson’s Creek, and peanut butter. It’s, as my dearly-departed and much missed Aunt Janis said about the band Queen, “the clay my universe was built upon.”