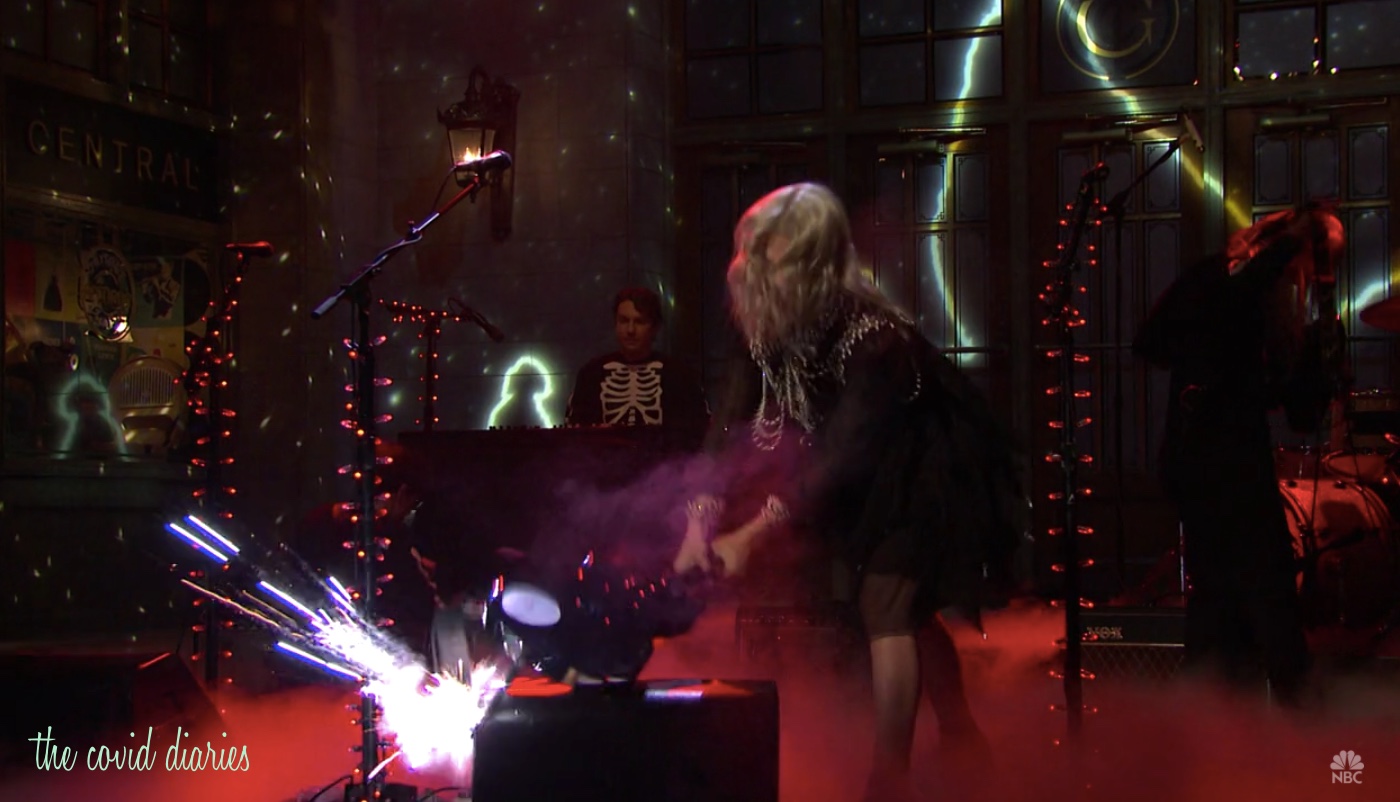 The very excellent singer and songwriter Phoebe Bridgers broke the Dude Rock Establishment’s collective boners last night and I am annoyed by their fucking bellyaching. Dudes, why you gotta ruin everything all the fucking time?

For those of you who don’t know not only has Phoebe Bridgers released two very excellent records (Stranger in the Alp and Punisher) and one excellent EP with boygenius (Featuring Lucy Dacus and Julien Baker)*, she’s one of the women who came forward about Ryan Adams being a dirtbag. She also has a song about how Eric Clapton sucks (and he does). So, already she’s on the DRE’s list, because how dare she?

Last night Phoebe Bridgers played on Saturday Night Live and as a testament of my admiration for her I stayed downstairs to watch it. I have not watched SNL in a long time because it is not funny. At all. Not even a little bit. It’s cringey in the worst way possible and it embarrasses me that so many talented people can come together to create utter shit.

As Phoebe Bridgers howled through the closing seconds of her last song dressed like an ethereal witchy skeleton with a ribcage made of pearls she took off her guitar and smashed it against the amp. It was glorious. So wonderful and my spinster heart went to bed warm and happy and aglow with the power of rock & roll.

I woke up this morning to discover the broken boners of many men who were upset that Phoebe Bridgers did rock & roll wrong. Why did she smash that guitar? It was a cheap guitar anyway. It was just attention-seeking gimmickry. Boo! She got girl germs all over our dick-swingingest rock & roll move and now what? I mean you put a woman in the Vice Presidency and now they’re smashing guitars on national TV. Where will this end? Doesn’t anyone care about our boners?

And while those dudes are the absolute worst, there are dudes who try to be, um, helpful? They only retweet the more female-friendly tweets of other dudes. Because dudes are the only ones with valid thoughts about rock & roll. And of course there are also the dudes who are all “Phoebe Bridgers? I never heard of her!” Good. Thanks for that information. Nobody fucking cares.

In a small way, I understand. Fragile men are frightened by powerful women, and if those women are being passionate or angry or showing any emotion it scares living shit out of them and they don’t know what to do about it so they try to shut it all down by passing shitty judgements on it.

It’s okay to be afraid. Men scare the shit out of me on a daily basis. You learn to cope.

Here’s the thing dudes, and really all people, if it makes you uncomfortable you can go ahead and shut the fuck up. Think about why seeing a woman on stage smashing a guitar makes you uncomfortable. Maybe ponder your own bias for like 36 seconds before you spout off. Also consider this, maybe that wasn’t meant for you. This will be really hard for dudes to understand because you live in a society catered to your every whim, but not everything is meant for you.

As for me, I loved that shit. I want all the girls to grow and play guitar-smashing rock & roll. I want them all to do whatever the fuck they want to do without having to consider the male gaze.

*Yes, I know about Better Oblivion Committee. This sentence was getting too long.