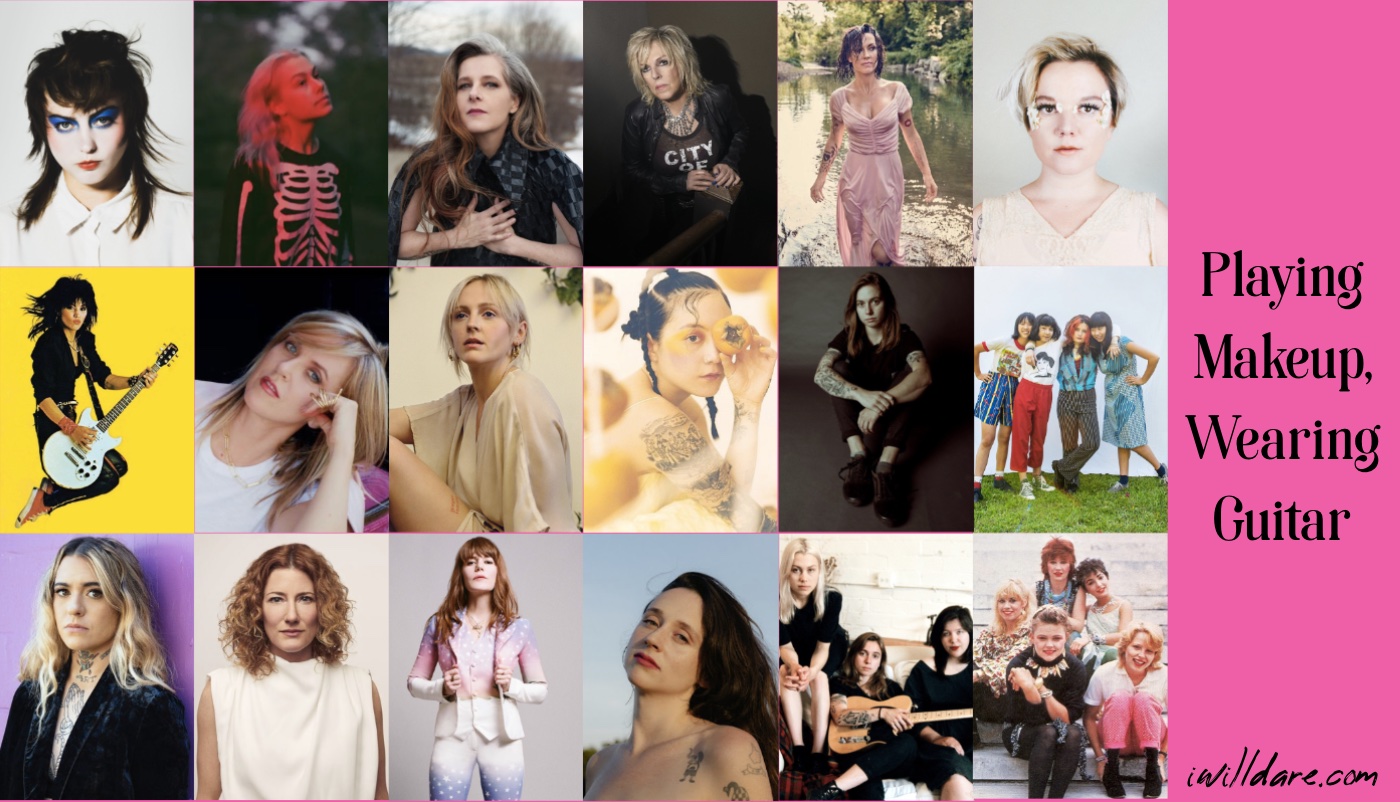 The best thing about being a work from home freelancer is that it affords me very much time to daydream. Instead of commuting to work, I daydream. Instead of getting a case of the Mondays, I let my mind wander through my favorite subjects: books, music, and making out with men. Rather than attend meetings, I daypanic about imminent climate disaster. This last one is zero percent fun.

Today while arguing with my Twitter pals about the unevenness of Paul Westerberg’s 2003 record “Come Feel Me Tremble,” I wished for the 82,198,591st time that I had more women to talk about The Replacements with. This is not a slight on my much-beloved dude Westernerds. I adore them, but I still wish ‘Mats fandom was more female-friendly and that once in awhile a woman got to be an expert on the band.

At the same time I thought, wouldn’t an all-female tribute to The Replacements be the greatest thing to ever happen to rock & roll? This kind of tribute with zero dudes involved would be so excellent. It would introduce girls to the band. It would let women talk about The ‘Mats in a way that had zero to do with wanking off about the shitty production of “Tim” or about who the cute one was/is. And for sure a woman would get to write the liner notes because we’re done with letting one dude be the ‘Mats expert.

I was a little surprised how quickly my imaginary track list came together. Here it is

My brain started with Olsen because she recently covered Safety Dance and she has a covers EP coming out in a few weeks.

Phoebe Bridgers, If Only You Were Lonely

She already covered Here Comes a Regular at First Ave a few years ago, so just imagine how much she would slay this one.

Something about Case’s song “Man” made me think she’d do an interesting take on this one.

Lucinda Williams, Achin’ to Be

The first time I saw Westerberg at the Guthrie in 2000 he sang the last line she’s achin to be, just like Lucinda and me. So this one is obvious.

Amanda Shires, Within Your Reach

The synthy intro on the original made me think of Shires’ “Parking Lot Pirouette.”

Loveless does that aching, conflicted, longing thing so well.

Joan Jett, I Bought a Headache

She already did “Androgynous.” Just imagine her growling giving me a eight dollar and fifty cent, I bought a headache.

I think Liz could interpret this sad song into something kind of sexy and I’m mad that I can’t hear it right now.

The woman who sings “False Hope” will bring the same plaintive desperation to “Unsatisfied” that Westerberg does.

In my head I want her to treat this one just like her “Savage Good Boy.”

This cover doesn’t exist as far as I know, but I can hear Baker singing it in my head and it gives me gooebumps. Just imagine the woman who sings I’ll wrap Orion’s belt around my neck and kick the chair out singing You’re like a picture on the fridge that’s never stocked with food
I used to live at home, now I stay at the house. Ugh, I could already cry.

These are the young women who sing “Racist, Sexist Boy.”

I’m pretty new to Wade’s music, and I really like how she sounds on “Wilder Days.” I think she could give Alex a good go.

“Hockey Skates” is lovely and feels Minnesotan (though Edwards is Canadian), kinda like “Skyway.”

Jenny Lewis, Left of the Dial

This one felt really obvious to me.

Waxahatchee, I Will Dare

This is, obviously, the most coveted honor of all. My life needs to hear her sing “I Will Dare” the same way she sings west memphis is on fire in the light of day.

This was Wolfdogg’s suggestion that was so good I had to include it. Their cover of “Cowboy Take Me Away” is so wonderful you know they’d bring that to “Valentine.”

The Go-Go’s, Kiss Me on the Bus

This was Westernerd Chris’ suggestion that was so good and obvious I’m a little angry I didn’t think of it on my own before he did.

Is this manifesting, Darling Ones? I have put this wish out in the world so now the universe can make it happen.