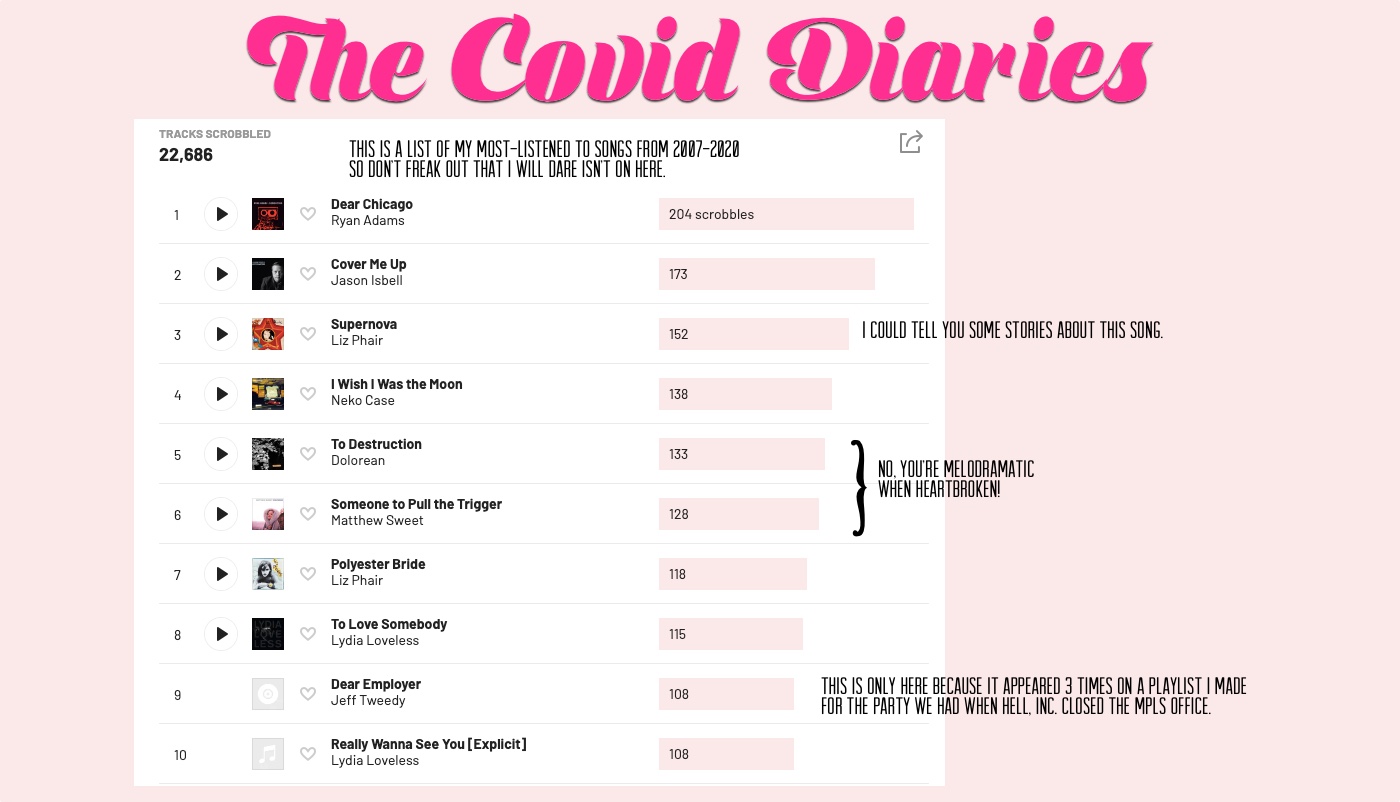 Guess what? I’m still really angry about Ryan Adams. I discovered this the other day when someone on Twitter was giving Jason Isbell shit about how his “Ryan Adams hate was tiresome.”

That’s when I realized that Ryan Adams had a new record come out yesterday and that I got to cancel a bunch of social media men of my acquaintance because the shit they will tolerate from men is more than I can tolerate. I get it, this isn’t easy. It’s hard to evict someone whose art has taken up residence in the corners of your heart. I loved me some Ryan Adams for a very long time. I liked Ryan Adams so much that I went to his concerts alone. Alone. Because these things happened before I had Ryan Adams’ liking friends. I liked him so much that he hearted one of my tweets once and that shizz gave me shower-nozzle masturbation material for weeks*.

I present this as evidence to show that I wholly understand how hard it is to cancel someone. I present this as evidence because men frequently say to me that I didn’t like an artist enough if I can so easily cancel them. It is not easy. I miss the song “Dear Chicago” as much as I miss some of my old friends. “When the Stars Go Blue” is on repeat in my head as I type these words.

Honestly, I don’t expect to ever be able to purge my soul of his music. However, it will be forever asterisked in my brain, and next to that asterisk is the word dirtbag. One of the unfortunate side effects of being a GenX woman is there are a lot of asterisk dirtbags in my brain.

So while I don’t expect people to carve the songs of Ryan Adams out of their souls, I do expect them to not let new ones in. Like I said, I cancelled a few people yesterday which is sad and disappointing, but not as sad or disappointing as I feel when I think about what he did to Phoebe Bridgers and Liz Phair and teenage girls. Fuck that.

You know what those bozos shoulda done instead of listening to a new Ryan Adams’ record? Listened to Emotional Motion Sickness on repeat and every time she sang I hate you for what you did, and I miss you like a little kid. I faked it every time but that’s alright. I can hardly feel anything. I hardly feel anything at all their balls would withdraw into their own bodies.

I am still so angry. I might never not be angry about this.

Though, I do want to say, that I am fortunate enough to have a few good men in my life. Yesterday I was complaining to Wolfdogg about one of our mutuals listening to the new record. “Doesn’t surprise me,” he said. “He also rarely mentions female artists.” And Areg, another of my Westernerd pals, told me how he sold all his old RA records back to the record store awhile back.