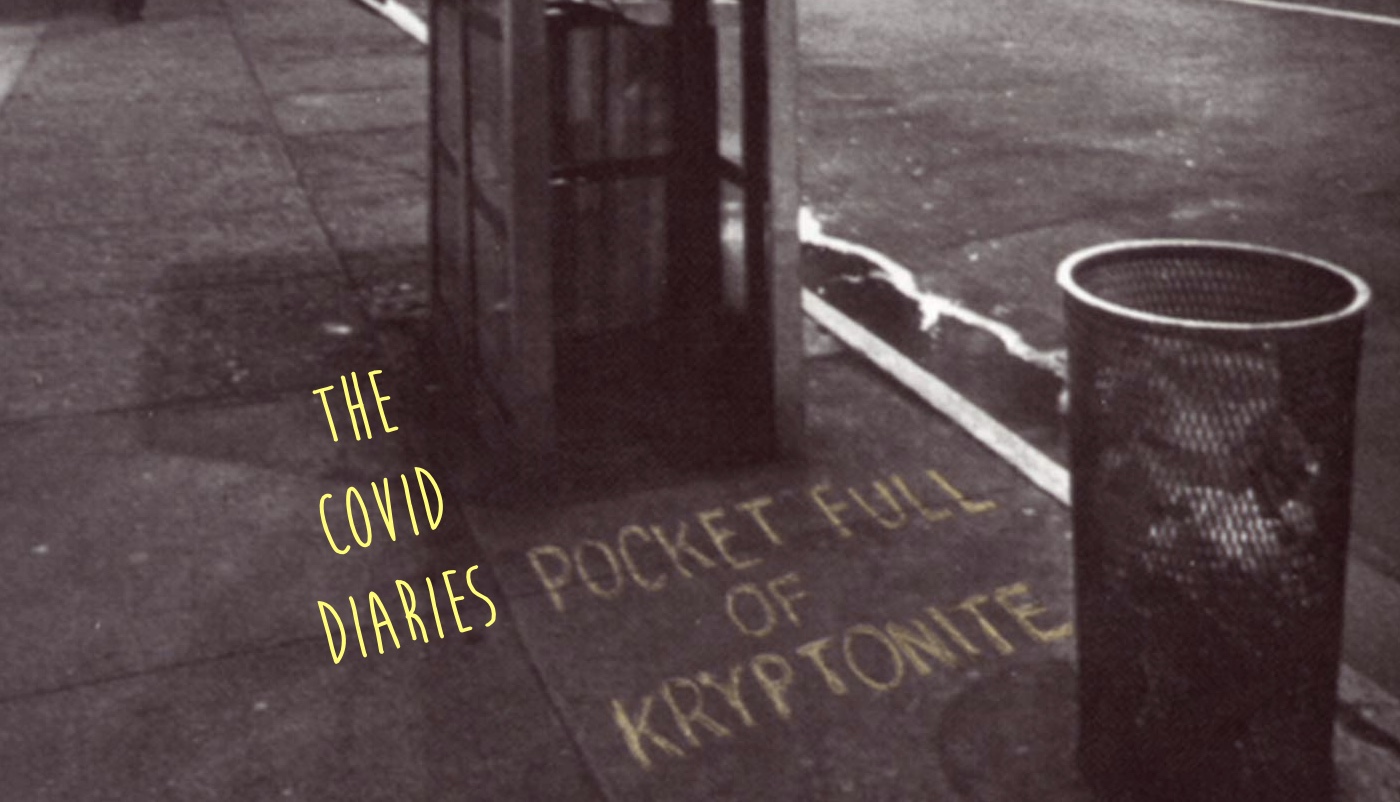 I’m displeased to report that the infinite sadness has yet to abate. I did a lot of the same sadness-fighting steps as yesterday: slept 12 hours, ate eggs & hashbrowns, continued reading The Invisible Life of Addie LaRue, and instead of watching Ferris I thought I’d lean into the sad and so spent most of the day listening to Frightened Rabbit’s discography on shuffle. I’ve since moved on to my UGH 2020 End Already playlist*.

Yesterday on the phone I told EM about the infinite sadness and she said, “Maybe it’s okay to just be sad for awhile.” I scoffed because I cannot afford to be sad AND lonely AND a giant bummer. Nobody wants to listen to a giant bummer whine on and on about being sad for no discernible reason. Sometimes she forgets the only real value I provide is in being entertaining and making people feel good about themselves and loved.

The other thing she forgot? I have a Superman tattoo right in the middle of my chest. This shocked the hell of out me. Also, it’s the second time in two months that a long-time friend has forgotten about my S. It’s weird because I think of that tattoo specifically as like a defining personal trait. Tall. Fat. Superman tattoo. Everything else comes after those three.

“Why do you have a Superman tattoo?” she asked.
“Because I wanted to make sure that every man I ever met for my entire life will tell me all his opinions about Batman and comic books in general.”
“No, really, why?”
“It was the summer of 1994 or 1995 and ‘Pocket Full of Kryptonite’ was really popular.”
“. . . ”
“Come on!” I shouted. “That was a joke. It was funny!”
“The Spin Doctors are never funny. So why Superman?”

I love and hate that we’ve become such good friends that she will wade through my distracting hilarity and wait until I’m ready to tell the truth.

“Well. . . Clark Kent was a journalist and I was a journalist. Superman was the only one of his kind, and so am I. He doesn’t really fit in on Earth and has to hide so much of who he is in an attempt to be accepted.”
“I can see that,” she said.
“But it was mostly so I could hear about how great Batman is my entire life.”

I’ve been told more times than I can count this tattoo makes me even more intimidating, which is my number one problem when it comes to getting men to fall in love with me.

Recently I was bellyaching to a different friend on the phone about my loneliness and what felt like a constant stream of rejection from men.

He went on to tell me men are most insecure about their height and their intelligence, and I got those things in spades. “You’re always going to be taller and smarter,” he said. “Most men can’t handle that.” The whole conversation reminded me of that time P.Holt told me about connoisseurs. And just like that other conversation it made me a little happy to be seen and a little sad that men are fucking idiots.

* This is my UGH 2020 End Already playlist. It is all dudes. The addition of Jeff Tweedy was because Wolfdogg suggested it and he’s my musical soulmate. I frequently ignore his suggestions because I’m kind of a dick and he has a penchant for liking guitar wankery bullshit. But when he’s right, he’s right.