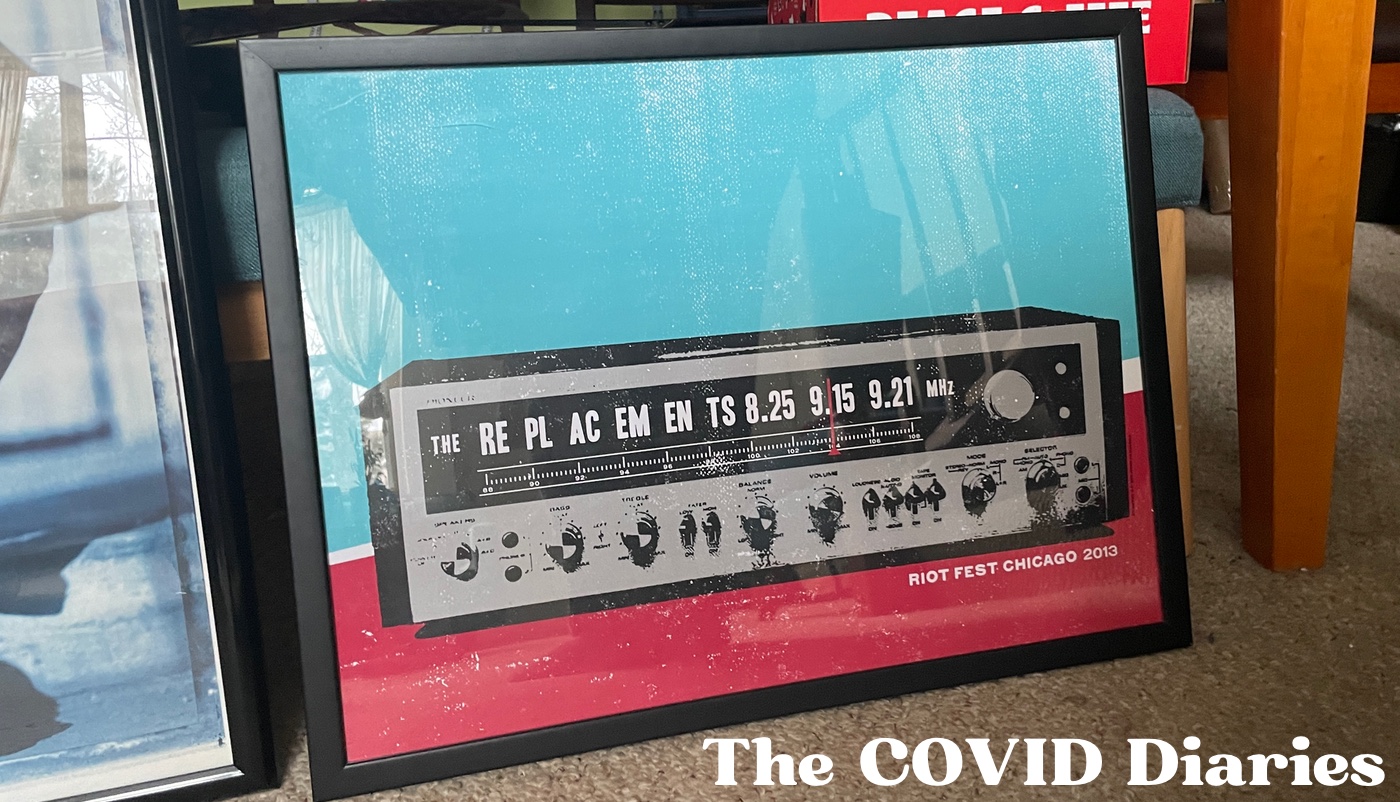 Today my plan to escape the infinite sadness involved listening to all The Replacements’ records in chronological order until the sadness went away. This was a brilliant plan and it worked for about 2.5 records. But then “Within Your Reach” came on and, well, that was the end of that. Fucking done in by Live without your touch, I’ll die within your reach.

So I did what any modern woman would do in this situation. I put a load of laundry into the washer and then I took to my bed. And for the too much information record, I did not take to my bed like some sort of wilting Renaissance woman.* No, I took to my bed like a fourteen-year-old who just discovered orgasms.

Anyway, I took to my bed because I woke this morning after having a shitty, unsatisfying sex dream about my ex. It was bad enough that I had a sex with my ex dream but for it also be unsatisfying? That was more than I could take. Not only was the dream unsatisfying but it was also weird and involved a co-worker from 2008 continuously walking in and critiquing my performance. SHUT UP, JON-ERICH!

So yeah, I spent four hours in bed in the middle of the day alternately weeping through Addie LaRue, napping, and practicing. It was probably the best decision I’ve made in a fortnight. It was a way better use of my time than staring into the void and trying to figure out what the fuck my problem is.

The only reason I got out of bed was because I was fucking starving and all the food is not in my bed. In fact, there is never food in my bed because people who eat in bed are weird. I also think people who watch TV in bed are weird too. Call me a puritan, but snacks and TVs don’t belong in bedrooms. Though now that I think about it, if someone brought me some French toast in bed I might change my ideas about that. Something to ponder, I guess.

In related news, I got a new ‘Mats poster yesterday that commemorates the RiotFest show I saw, but more importantly is the same color as my furniture. And in more related news, I’m listening to “Tim” now and if you can be crabby while listening to “Left of the Dial” you deserve some kind of trophy.

*To be fair, I have no idea what the hell Renaissance women did when they took to their beds. Maybe they were doing the same thing I was doing. I’m not good with history.