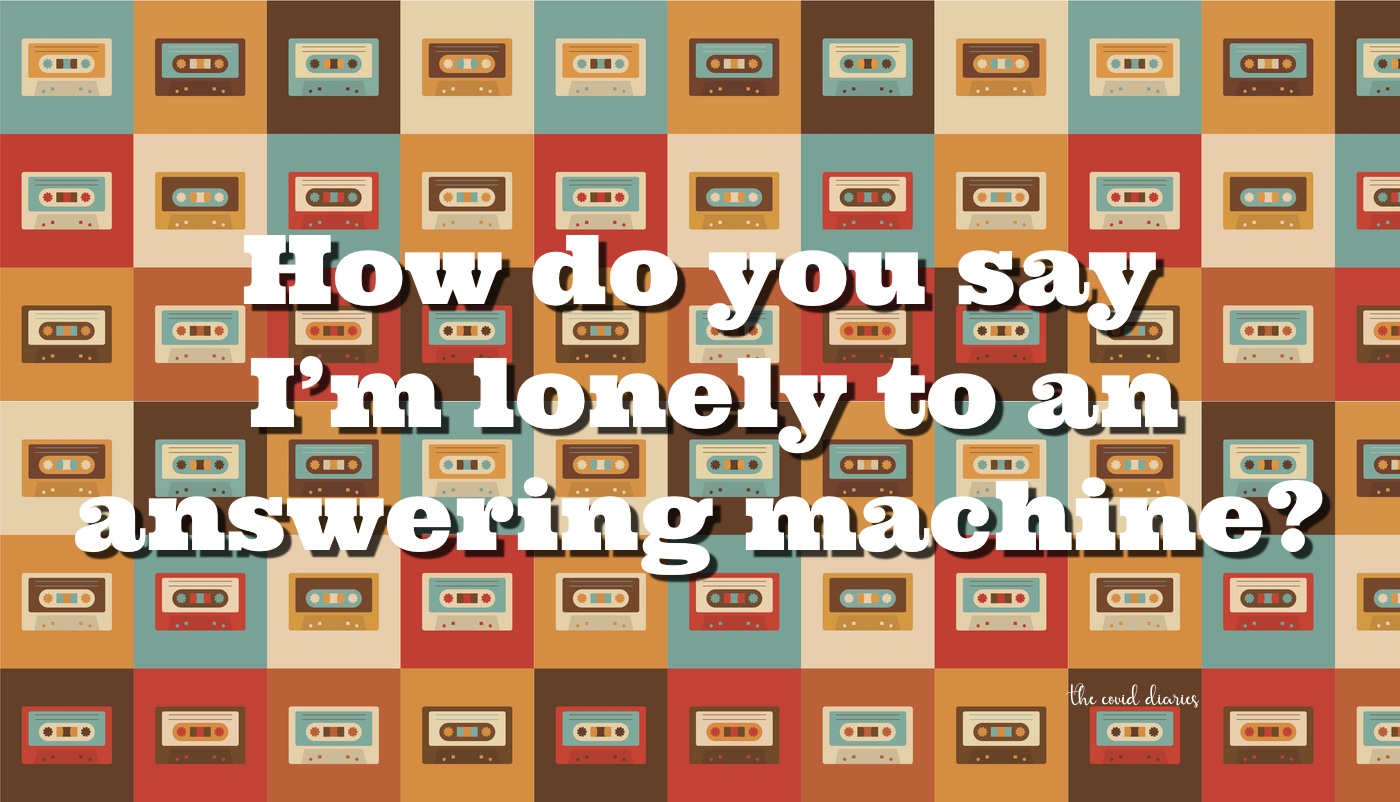 I’ve had the song “Answering Machine” on my mind quite a bit lately. This, of course, makes perfect sense being that it’s a thirty-six-year-old song about outdated technology. Why wouldn’t I be thinking about it? Before I tell you why, let me just remind you that this song contains one of Paul Westerberg’s cleverest and most heartbreaking lines. In case you don’t know the song, here it is.

I wish I could credit the Westernerd who pointed out that in this line Westerberg isn’t talking about a friend who is smoking or one who is drinking but that his friends are the cigarette and the drink. The handful of friends. I just. . . Fuck man. Just. Damn.

There are a lot of lonely, attractive people on TikTok. A lot. A ridiculous amount. Of course, all of these people are twenty years younger than I am, but still . . . game recognizes game, right? As someone whose chronic loneliness has come raging back after more than a decade of keeping it at bay, all these lonely people break my heart.

One of the frequent laments of the lonely TikTokker is how they have nobody to text them good night or good morning. Each time I run across one of these videos, part of me is all, oh, god, yes, that suuuccckksss. This was a frequent bone of contention with the last person I was in a relationship with.

I don’t know what it is about that good morning and/or good night text, but I think about it a lot. There is a scene in “Beautiful Girls” between Matt Dillon and Uma Thurman where he asks what’s so good about her boyfriend and she says that he says, “good night, sweet girl” every night and any guy who can muster up that is one you want to stay with. It makes me melty, this scene. But I still don’t know why this is so important to me and to so many other people.

So after I get all sappy about being lonely with the lonely Tokkers, another part of me reacts to the pining for a good night text with Paul Westerberg would never!

99.999% of TikTokkers have no clue that Paul Westerberg is a human who exists on our planet. I’m pretty sure 100% of them never had an answering machine and never check their voicemail.

And yet, whenever I run across this type of lonely video I think, Would Paul Westerberg text ‘I miss you?’ Would he text goodnight? Is it the same as saying it? I mean, he does have a penchant for singing about writing letters and all that and aren’t texts the modern day equivalent? Would Paul Westerberg leave a voicemail?

I would not leave a voicemail. I wouldn’t send a text.

Instead, I would write many 600-word blog posts being lonely on the off chance someone would like to be lonely with me.*

*this is a line from the mating cry of the TikTok lonely.