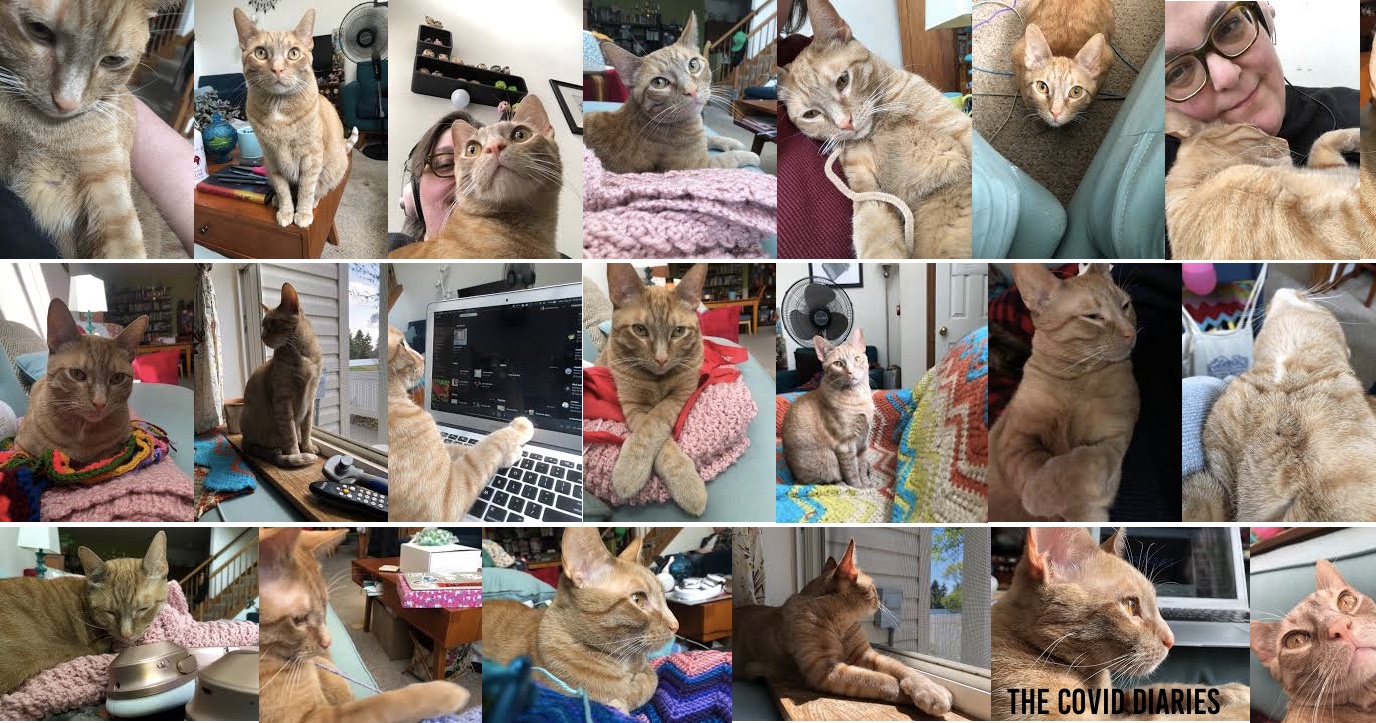 I know you are eagerly anticipating all my TikTok thoughts, epiphanies, and other keen observations, but I’m still fucking exhausted and those things are gonna require a little more thought than I have the energy to give them at the moment.

So, instead, in true SpinsterFormTM, I’m gonna talk about my cat. MY CAT! I’ve come a long way since my biggest fear was being a crazy spinster cat lady who would never write about her cats. Or, I just embraced the inevitable. Whatever. I know what I’m about.

And I’m about telling you the latest about Wendell.

As you may remember, Wendell came into my life in like April of 2019 when I became the caregiver of the Kimball cats after my brother-in-law moved back to Portland. He & Sister #2 only had a studio apartment at the time and it was too small for them, Walter, and three cats.

So I got the three cats. In May of 2020 they took Charles back to Portland with them to live in their new, 2-bedroom apartment. Sadly, he died in July. When Maxwell moved out he took Memphis with him. The plan was for Wendell to go with Max or maybe back to Portland, but I’m a brat and I insisted vociferously that he was staying with me.

Wendell and I have bonded and now that there’s no other cats or humans in the house we’re super bonded.

Our bond really began when he started climbing onto my chest and flopping over so I had to cradle him like a human baby. He does this at least once a day, and every time he does I stop what I’m doing, rock him a bit, and sing him a song. Usually, I sing him whatever song is in my head, or if I’m listening to music whatever song is coming through my headphones. Sometimes, but not often, I sing him Jodi Chromey originals which are usually about his butt. A fan favorite is “You’re a Cutie with a Big Bootie.”

To go along with this activity, I take a picture of him and then tweet it with the song and hashtag DailyWendell, because of course I do.

Now that we’re super bonded Wendell has picked up some more adorable habits. Like now that he doesn’t have Memphis to terrorize all through the night and I don’t have any human eyes to protect from my nighttime nakedness, I sleep with my door open and that means Wendell frequently sleeps with me. He generally likes to sleep at the end of the bed between my ankles, but occasionally he’ll cuddle up all small-spoon-like next to my belly.

But my absolute new favorite, which has only started doing the last week or so, is how he’s become a lap cat. The entire time he was here, Memphis was the #1 lap cat. Memphis spent so much time snuggled between my thighs that I joked how he really was a true “thick thighs save lives” believer. Now that Memphis isn’t around to hog my thighs, Wendell has taken to sitting there. It’s the best.

P.S. BFK stopped by today to give me a gazillion tomatoes, tomatillos, and jalapenos from her garden. I gave her three candybars in return.