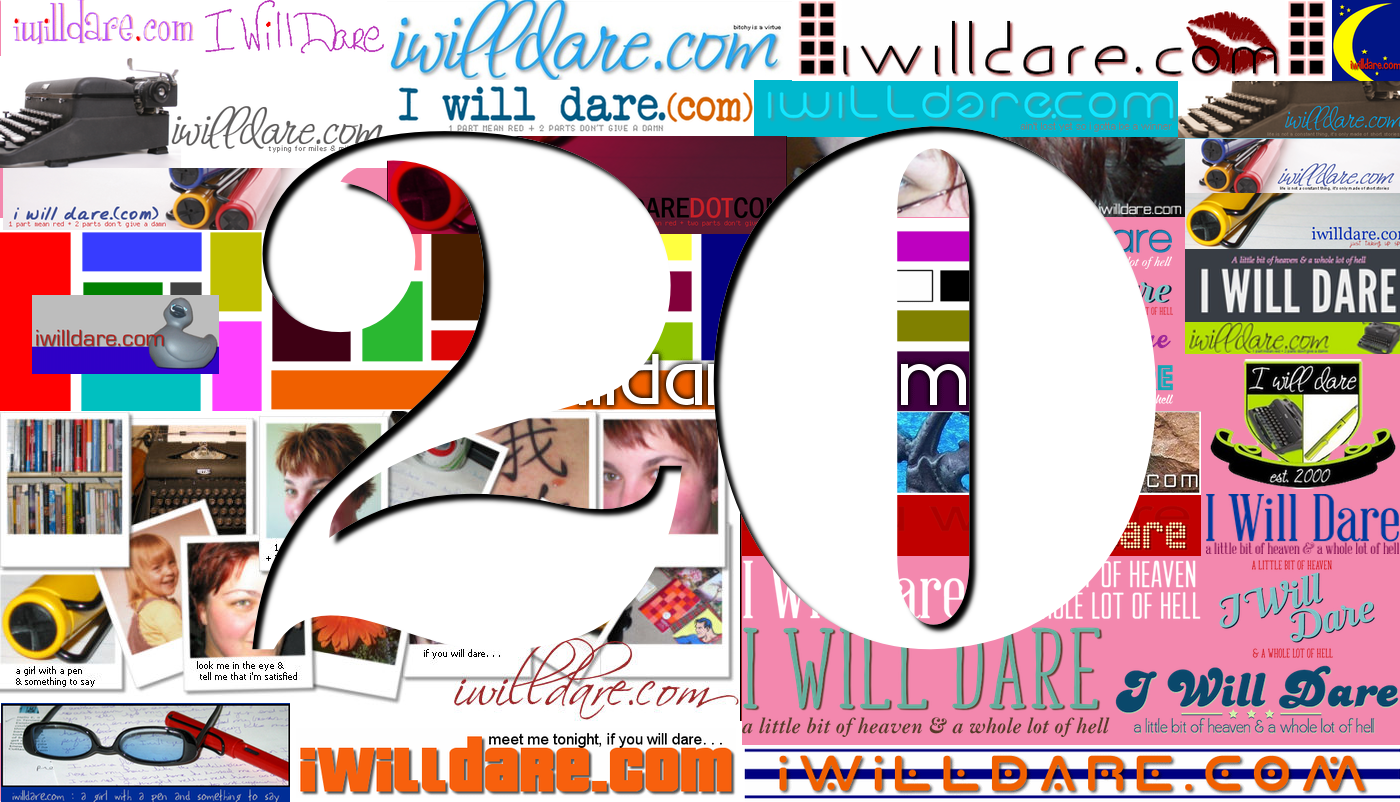 Well, fuck. How did this even happen?

This blog is twenty years old today. And let me stop you right there fellas who want to tell me about the blog they started in 1998, I don’t care. Also, fuck off and let me have this one. I’ve been putting on this production for twenty-fucking-years, it’s okay to let this one thing on this one day be about me.

I mean, aside from the fact that is entire site is about me, but still my point stands. Every year when the tweet about the anniversary of this here website goes out, some dude jumps into my mentions to tell me about their blog started in 1983 back when you had to send it by carrier pigeon or telegraph or whatever.

So, I guess this is my life’s work. I didn’t intend for it to be, but then I’ve never been very much for planning. Like most of my life this just happened. I don’t go back and read the archives too often because it’s too painful. However, about a month ago I read Maxwell a bunch of entries I had written about he & Jaycie. Then we decided I needed to get the greatest hits together and give them Sister #2 as a gift.

I can’t read the archives because Younger Jodi breaks my heart. So much longing and so much loneliness. Plus, I really hate my writing voice from the early aughts. God, I was annoying. I like the idea of having 20 years of my life easily available to me electronically. Just like I like the idea of having every journal I ever wrote since 1984 locked upstairs in a trunk. I don’t want to experience those things again. I don’t want to stroll down memory lane and be horrified by the things I’ve managed to forget. But I do like to have this as a mark that I existed.

As I type this Maxwell is sitting across the room maybe watching the Twins game on his computer. I’m waiting for him to notice that I’m making myself cry as I type. He might gallantly ignore it.

Earlier he asked if we could make cajun chicken pasta for dinner sometime this week and I said of course, because I pretty much say that whenever my niblings ask for anything. Also, he’s moving out in fiveish weeks and I’m pre-missing him.

I’m sitting in my spot, the lovely corner space on my lovely couch listening to “the last great american dynasty” by Taylor Swift, who was ten years old when I started this blog. Also, it is Sunday evening. I’m pre-writing this because I have a lot of stuff due this week and I don’t want to forget.

This song has stolen my heart. I’m not the biggest Taylor Swift fan. She fascinates me, but her music, while catchy, doesn’t click in my soul. However, I gotta give the lady credit. She can write some great lines. This one from “the last great american dynasty” was inscribed on my heart the moment I heard it.

She had a marvelous time ruining everything.”

If I were to have a gravestone (I’m not, I want to be cremated and then used for compost or fertilizer or I dunno, something useful if you can even do that with cremains), I’d want that for my epitaph. Or at least that’s what I want right now at 6:14 p.m. on Sunday, July 26th. It will probably change by the time this entry posts.

Has my blog ruined everything? No. It’s given me a second career and more opportunities than I’d have gotten without it. Has it ruined some things? For sure. Mostly relationships — both romantic and otherwise. Probably my eyesight too. But damn, it has been a marvelous time, hasn’t it?

Ghosts of July 31st Past