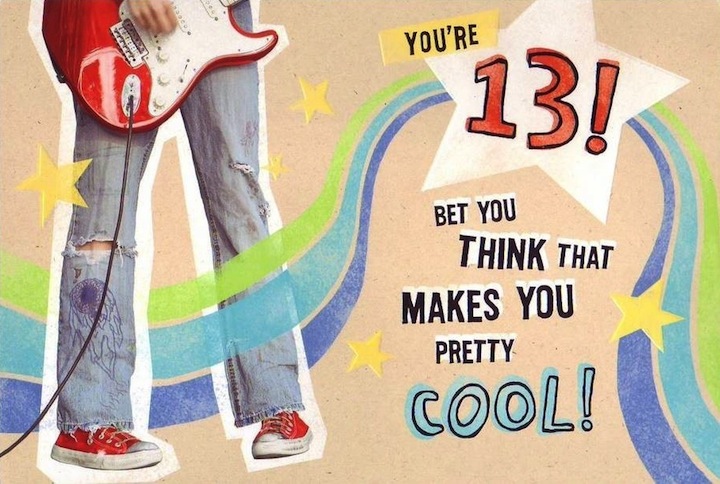 If my website were a child, it’s birth story would go something like this:
I was working in customer service for a software company that made digital photography software. When not working at the software company or my parents’ bowling alley, I spent all your time in my shitty Prior Lake apartment online. Mostly I posted to the alt.music.soulcoughing newsgroup.

One day at work they taught me how to make an animated GIF (which I will forever pronounce with the hard G and not to sound like shitty, second-rate peanut butter). Over email, I regaled my A.M.SC buddy Orange Tim with my stunning GIF animation creation prowess. He suggested I sign up for this cool thing called Blogger. He said it would let me put my writing out there for all the to see, not tucked away in A.M.SC or in email.

And so I did. And after weeks of brainstorming domain names, four chapters of HTML for Dummies, figuring out what the hell a webhost was, you came into the world during the night of July 31st, 2000 and I became a blogger.

If my website were anything like me as a thirteen-year-old girl, she got her period for the first time about two weeks ago, The Outsiders is her favorite book, she has a mad crush on a brown-haired, brown-eyed boy named Cam Anderson, and her favorite song is “Like a Virgin” by Madonna though she might not be entirely sure what a virgin is. For her birthday her parents would get her the very best stereo KMart made that they could afford. It would be one of the best gifts she ever got in her entire life.

If I were a different kind of blogger I would offer up some sort of sage advice on blogging or 13 ways you can stay in it for the long haul or lessons learned from blogging for teenaged-number of years. No worries, I think those kinds of posts are total bullshit too.

Here is my advice on everything:
Think harder.
Do things because you want to.
Don’t give fuck all what anyone thinks about what you want to do.

So, I guess I am that kind of blogger because I just offered up some sage advice. Even after thirteen years I surprise the hell out of myself by changing my mind in a single sentence. I guess that’s what keeps it exciting. You never know what’s going to fall from your fingers.