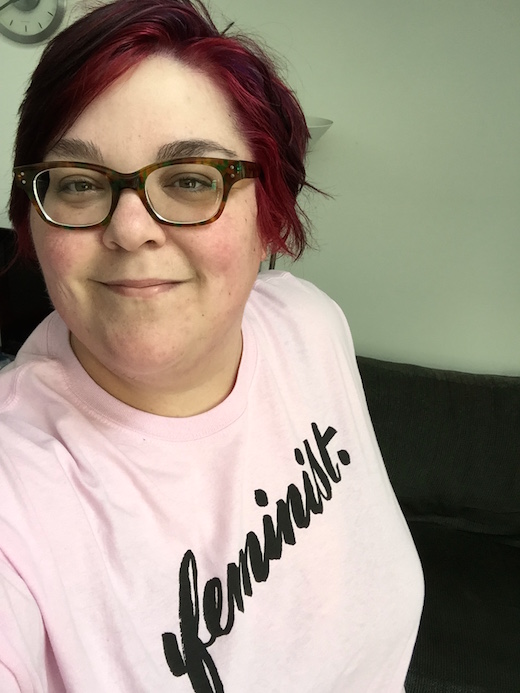 Last month after listening to a podcast where Lydia Loveless talked about her favorite album, The Replacements’ “Pleased to Meet Me,” I got a little huffy on the Twitters. I thought the podcast host was being condescending and mansplainy when he kept asking Loveless, a young but accomplished musician, if she knew stuff about Bob Stinson or Alex Chilton.

Fuck man, I thought. Music is her life. I’m sure she’s done a little bit of reading on this shit. Damn.

Afterwards, I had a thought-provoking conversation about the podcast with Kyle aka @solace. He did not see it as mansplainy at all and rather the interviewer asking good questions, which would probably be asked regardless of the subject’s gender. I didn’t agree, but it was nice to hear his perspective and I’m always honored when he chooses to share it with me.

I’ve been thinking a lot about Kyle’s perspective on that podcast over the past few weeks as I keep trifling with online dating. I’ve come to the conclusion that in general I am much too hermitty to pursue dating as a hobby or whatever, but I still like to flirt and see where things might go. (FOR THE RECORD: They usually go right into the messaging trashbin of the online dating app I use which is not Tinder because that scares me and I am old).

So as you can imagine, if you’ve read one word of this site, I talk a lot in my online dating profile about the importance of books and music in my life. I rattle off a list of favorite bands and authors because I’m hoping these names will mean something to any man who might be potentially attracted to me. Mostly, I have found, dudes just want to fuck a freakishly tall woman, but sometimes a man actually reads the profile and is intrigued by the music and then we start having lovely conversations that quickly go south.

Now when it comes to musicgeekdom, I’m pretty bottom of the barrel. I don’t go to a lot of concerts. I give zero shits about who played what guitar or who produced what album. I don’t seek out rare imports or first-run vinyl or bootlegs. I just like songs, man and how they make me feel.

One of the shitty things about musicgeekdom is there is always some asshole who wants to prove he (and it’s nearly always a he so shut up) knows more than you do or is a better fan, whatever the fuck that means. These guys are keen on making you feel stupid or less than so they can get a boner over their own alleged superiority and wank off when they get home at night and try to forget how they were always picked last for kickball. I think. I don’t know. I try not to be that geek, though sometimes I am.

Since we’ve got that out the way, I will say there is kind of a base level of knowledge I expect other musicgeeks to have. This means I never quiz people about if they’ve heard of Wilco or Jeff Buckley or PJ Harvey. I just operate under the idea that we’ve all been paying attention and done a little research. And if someone doesn’t have this same base knowledge, I don’t make fun of them because the world is a varied and wide place and you can’t know everything.

Okay, so by way of flirting a lot of men like to talk music. I like to do this too, because I always want to talk music even if I’m not flirting. The problem, I have discovered, is that a lot of men have no idea how to do this without coming off as a condescending prick.

I had one ask me if I’d ever head of a band called They Might Be Giants. Another if I’d ever heard of the song “Communist Daughter” by Neutral Milk Hotel. And still one more who implored me to investigate the music of Neko Case.

Now my problem is trying to figure out if this is really ham-handed flirting, a way to sustain a conversation or are these guys kind of clueless assholes who are underestimating my intelligence?

I’m kind of okay with both parts.