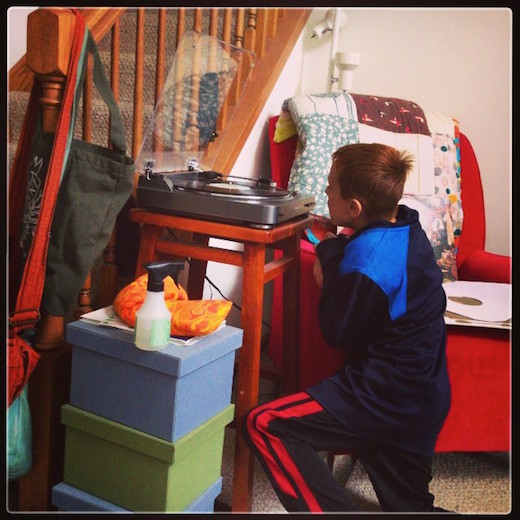 This morning on Teenage Kicks, Jacquie Fuller played two hours of side one, track ones in honor of The Current’s upcoming “High Fidelity” showing at The Fitz.

It was, as you can imagine, totally awesome, even though, she chose the wrong Replacements’ song (went with Hold My Life off of Tim).

Since High Fidelity os one of my all-time favorite movies. I can quote most of the movie from memory, even Rob Gordon’s Top Five side one track one. Since you can’t hear me. I’ll just embed this little bad boy.

Top Five Side One, Track Ones

Contenders that were ultimately dismissed

About the photo: My nephew Cade watching as the needle drops on The Pixies’ “Doolittle” (Side One, Track One = Debaser.) As my friend Caroline said, “Awesome is about to happen. Rarely captured on film.”)