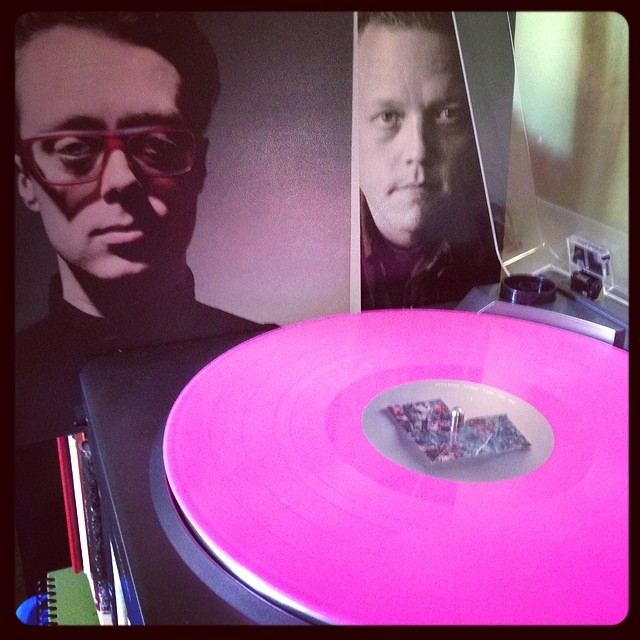 For the first time in the nine-year history of the Top 25 I had to turn to the Last.fm charts, rather than rely on my ol’ iTunes play counts (which I reset every year around March 17thish). The entry of Spotify into my life has changed the way I listen to music. This is not a bad development at all, because using iTunes makes me want to light my eyeballs on fire. For real, iTunes is getting right up there with Excel and PowerPoint on the list of shitty software that eats my soul.

Another interesting note about this Top 25 is the lack of Jeremy Messersmith. He comes in just after the 25-song cutoff even though I listened to “Heart Murmurs” fifty million billion times. So much that I know every single word on every single song by heart. In fact, on Sunday at Family Dinner, Sister #2 and I did a sort of spoken word rendition of “It’s Only Dancing” for my nephew, Maxwell, because we were talking about what a wonderful, lovely song it is and he wanted to know why.

I attribute the lack of Jeremy to the fact that I got the actual vinyl album when it came out and listened to that more than anything else. It is a pink record, how can I resist?

And even though I got the Jason Isbell record too (for Christmas from Jaycie & Max because they rule), I listened to it on Spotify for about five months before (let’s hear it for being a broke freelancer).

The one thing you won’t see when I finally stop yammering and get to the list is Lydia Loveless. According to the Last.fm chart she has the #2, 7, 9, 10, 12, and 15 most-listened to track of the past 12 months. However, that record didn’t come out until a month ago & I’m just ridiculously obsessive sometimes.

So really, this list boils down to Jason Isbell & the songs I listened to while writing the first draft of The Beast, specifically in the form of Boy’s “Mutual Friends” album. It was perfect for writing to — innocuous but not bland; upbeat without being distracting; female voices. I needed all these things to get through that first draft of The Beast. Plus, “Little Numbers” is a great crush song, providing the inspiration for crush songs when my main character was writing about her own crushes.

With the exception of Stevie Nicks’ “That Made Me Stronger” & “Stop Draggin’ My Heart Around” most of the other songs in the Top 25 are mood setting for scenes in the book. As far as Stevie’s songs go, the former has become like my national anthem. I try to play it each time I open The Beast. The former? It’s got its own chapter in the book, a song my character covers with Eddie Vedder at a very important point in her life. Why Eddie Vedder? Because it’s fiction and because I wanted her to.

Me: I’m so tried of stories where someone is murdered, mutilated, or molested. Also me: Sees a book called "A Death in White Bear Lake" on the library's newly-added list and breaks phone pressing the hold button.