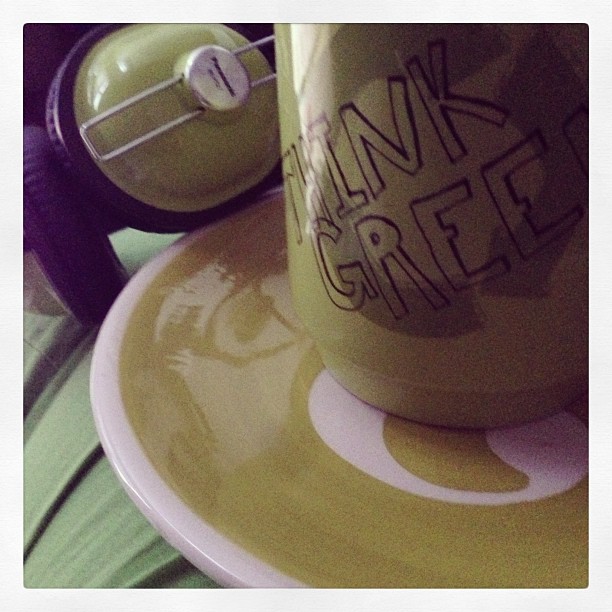 The title is a lie. Kind of. I wear green all the time in the privacy of my own home. I have a pair of hurt-your-eyes-green pajama pants that I love and used to wear with a frequency that some would consider alarming. The used to wear is only because I recently added two new pairs of pajama pants to my wardrobe and thus the greens don’t come up in the rotation as much as they used to.

This is, of course, very vital information that you need to know, the pajama pants rotation.

I don’t wear green even on St. Patrick’s Day. It’s not because I’m anti-Irish. In fact, I may even have some Irish blood somewhere in my mongrel background. I can’t remember if my Grammu was actually Irish or just claimed Irish-hood because her birthday is March 18. I know my Grandma Chromey was 100% Irish, but I’m adopted on that side. I’m not sure how the claiming of heritage works for partially adopted kids. So I just don’t.

You know, now that I type about it, wearing the color green was just fraught will all kinds of potential turmoil.

However, exposing my potential horniness has nothing to do with why I don’t wear green.

I don’t wear green because of Green Giant vegetables and their stupid Ho-Ho-Ho Green Giant slogan. It was probably just a timing quirk that landed the popular Green Giant advertising campaign with my elementary school years. Obviously, I did not get the luck of the Irish.

In the melodramatic parts of my memory I think that I loved the color green and wore it often and ratboys mercilessly sang that stupid jingle to me over and over and over again until my self-esteem was decimated like so much hopscotch chalk.

That probably wasn’t the case. I can’t even remember exactly what the case was, aside from kids pointing and singing that song while I was waiting my turn for four square. It might have only happened once. Once is enough.

Now, I’m a mostly-rational grownup and I realize the chances of someone pointing at me and screeching “Ho-Ho-Ho Green Giant” when I go out in green are pretty slim. Almost as slim as my chances of finding a pick-up game of four square. And yet, I still can’t bring myself to wear green. Unless, of course, it’s Thursday because duh, I’m single and ready to mingle.