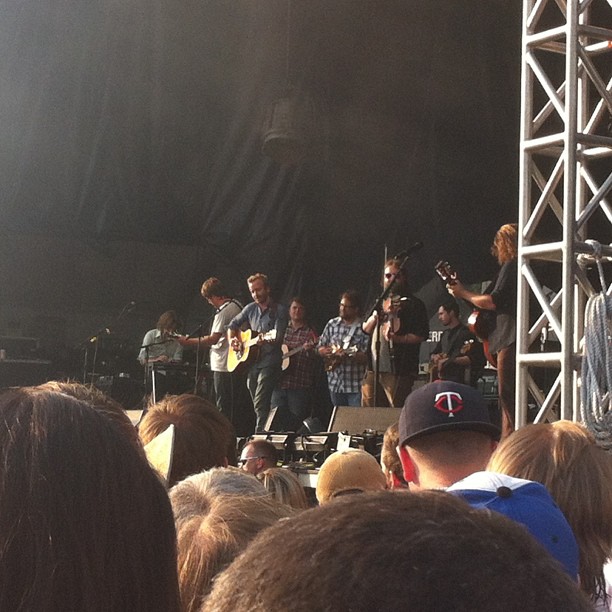 Last night I journeyed to lovely St. Paul, MN to see the festival with 14,000 other people. Generally, I am not a Jam Rock fan but the tickets went on sale when it was snowing, and the last time I was at Midway was in the 90s when Wilco opened for REM, and the heavens opened up as Michael Stipe started “It’s the End of the World as We Know It” and nobody who was there has ever forgotten it ever.

Also, I figure there aren’t going to be too many chances to see ol’ Bob. Now, onto the observations.
[circle_list]