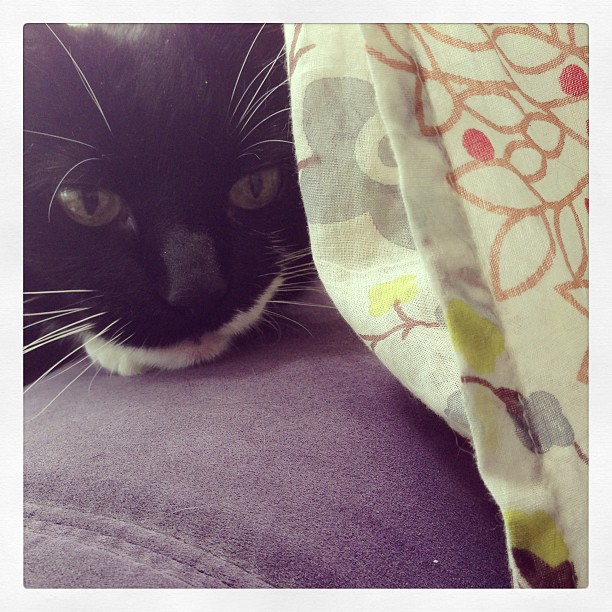 Last night when the soul-crushing verdict came in regarding the murder of Trayvon Martin, I shut it all down. While I can handle the cries of outrage and promises to enact change, I cannot handle the faux-moaralizing some people do without actually taking a stand on anything. I seem to know a lot of these kind of people on Facebook. Basically, I cannot stand people who always want to ride both sides of the fence. Fucking take a chance, express an opinion, and stop being a moralizing asshole.

I hate people who feel the need to judge the way people handle big news, and I really, really hate when I become that person who judges the judgers. Can you see why I avoided the Internet for most of the day?

It’s like I don’t even know where to begin to express my sadness at the verdict, how overwhelming the race problems in this country continue to be, and the utter helplessness I feel about it all.

Here’s what I know, between the abortion rights nonsense in Texas and the George Zimmerman verdict the U.S.A has sent a loud and clear message: if you are a woman or a black man you do not matter.

Because I couldn’t handle any of it (or anything), I turned to the coping mechanism that worked for me so well as a child. I read. I read a good chunk of The Beast, but stopped at the point where it makes me snot my face off with all the crying.

Is it super weak that I’m moved to tears by something I created? I don’t know, but there it is. I make myself cry.

I spent the rest of the afternoon intermittently napping, watching “Buffy” b/w “Angel,” and reading We Sinners by Hanna Pylväinen, which I am enjoying a great deal. The book is good, about a family with one of those weird restrictive religions and a boatload of kids. It’s labeled a novel, but it reads more like a series of linked short stories, and so I spend a lot of time between chapters/stories thinking about why having it properly labeled seems to be important to me. I haven’t found the answer yet, but you’ll be the first to know once I do.

Truth be told, I’ve been sleeping my ass off since about Friday. I had a late, late night with the Dylan/Wilco concert and a sinus attack that was so awful I didn’t sleep at all on Thursday, because the moment I moved my head I’d wake up. I’ve discovered I move my head a lot in my sleep.

Eventually, around dinner time I roused my weary carcass from the couch and attended Family Dinner where me mostly discussed racism and the drug problem of a teenage boy we know.

And now, since I’ve been awake for like six and a half hours in a row, I’m totally going to bed.