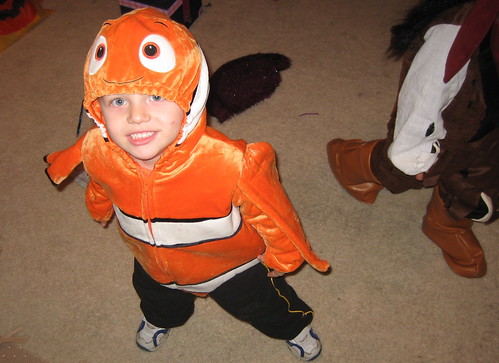 I was home for about four minutes, long enough to grab my camera, before I had to head to Sister #2’s for the Halloween photo op. On my way I stopped and grabbed some Chipotle.

After the pictures had been taken and the parents were trying to wrangle their goblins into the cold, cold Minnesota night, Nolie decided he was going to stay with Aunt Jodi and eat chips and guac. In fact he even cried a little when his parents forced him to go out and beg for candy.

A mere 20 minutes later, the Tibbles were back. Nolie tossed aside his bag of treats, climbed into my lap and demanded chips and guac. He’s a kid after my own heart.