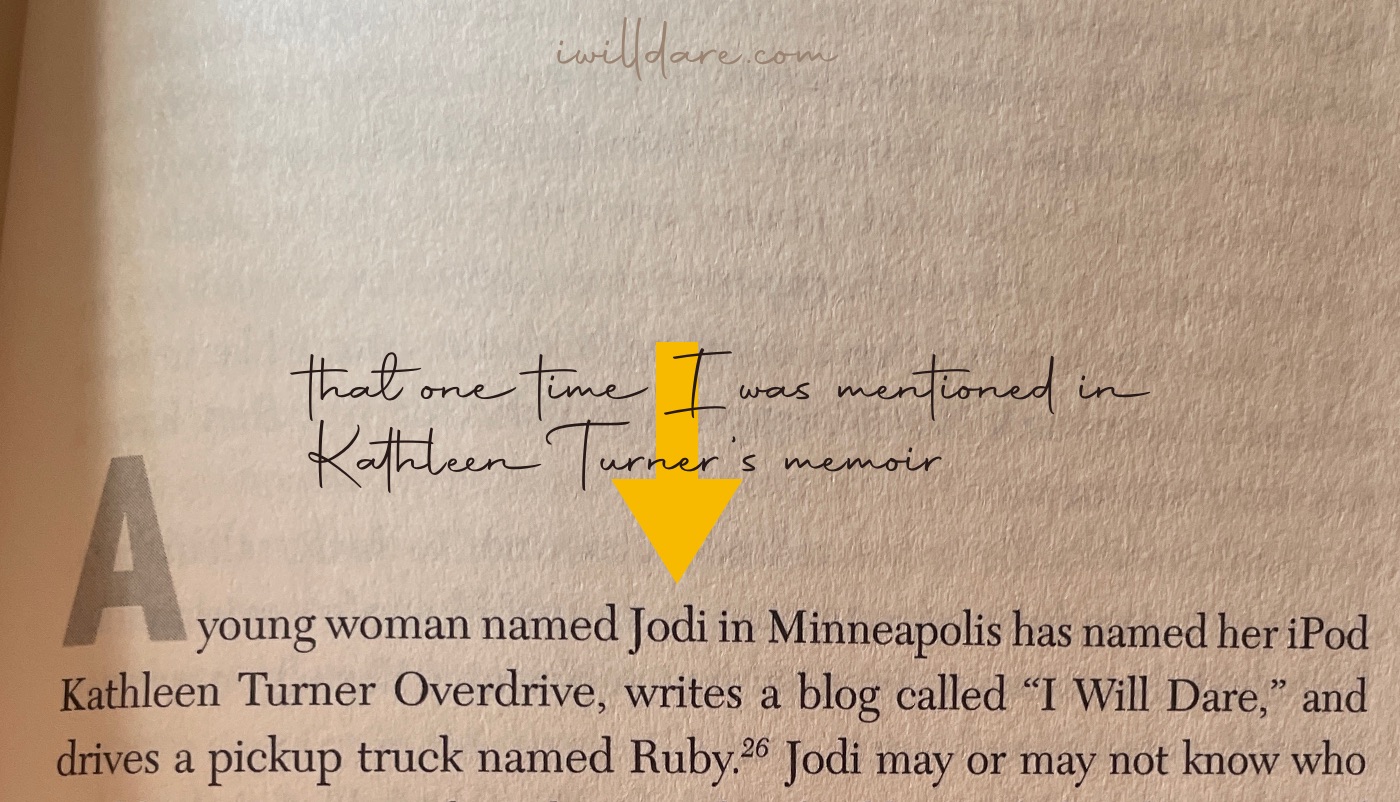 Did you know that back in aught-eight I got named-checked in Kathleen Turner’s memoir? If there’s one famous person you think would name check me, the lowly 6’5″ Spinster Goddess of Minnesota, Kathleen Turner is the obvious choice.

The dumbest thing about being mentioned in Kathleen Turner’s memoir is that I didn’t even come up with the name Kathleen Turner Overdrive of my iPod. It’s a bit from “High Fidelity” suggested by my friend Jason. I stole all his glory.

Up to that point I had named my iPods Roland and Roland II: The Electric Boogaloo*. After Kathleen Turner Overdrive’s untimely demise I had an iPod name Eurydice. I think that one’s still kicking around this joint. At least it was last year when Cade was living here.

I have a history of naming things, not just electronics.

The chronicle of names for things that don’t usually get names is on my mind today. Tomorrow I get a new laptop which means ol’ Gladys here will be put out to pasture. While I got the sticker situation locked in, I have not thought of a name. Do I go literary (Owen, hellojed, Enid)? Obvious pop culture (Otto, Gideon)? Off the top of my head (Gladys)?

These are the questions that have popped into my mind while I procrastinated and plowed through a thoroughly boring book about rock & roll.

Also on the twitters I said “Soul Coughing was having a tiny renaissance in my heart” and that’s the best sentence I’ve written in a month. I’d name the new computer Doughty but I have a plant named that and also the OG iPod’s name was based on the Soul Coughing Song “Rolling.”

Maybe it will come to me in a dream.
Jodi