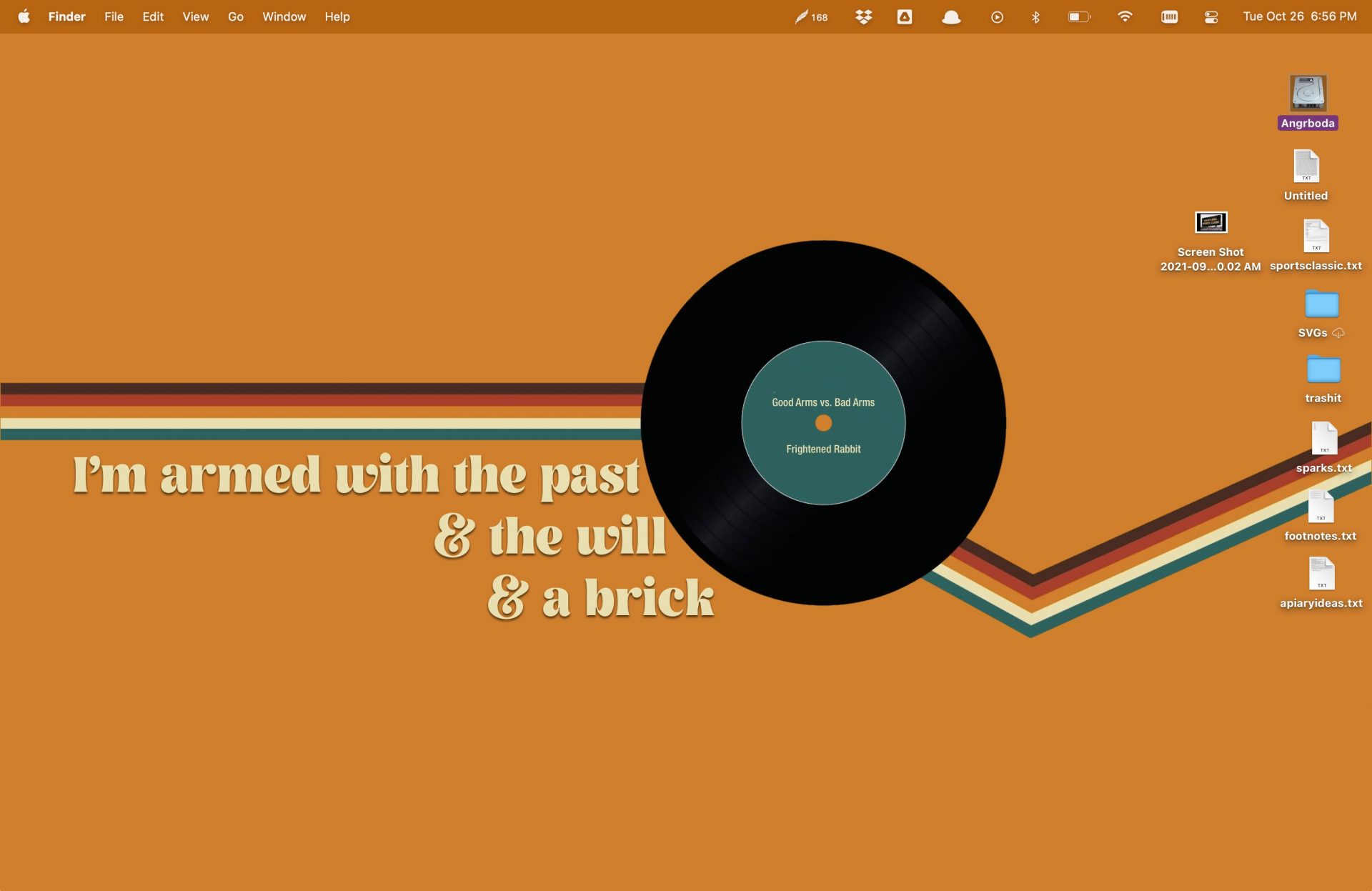 Back in March I fell in love with The Witch’s Heart by Genevieve Gornichec. It’s one of only thirty-five books I’ve given five stars on Goodreads. That’s out of the 1011 books I’ve read since I started using Goodreads in 2007. I never went back and added other pre-Goodreads five-star reads like A Prayer for Owen Meany or Cat’s Cradle or Bread and Jam for Frances.

If I knew any kind of math I’d figure out the percentage of those five-star reads was. Then I’d say something about my discerning taste and high expectations. Then I would tell you read all those books right now because they are very excellent books.

I don’t know why I continuously feel the need to quantify my love like this. I blame it on being a gemini or having an ice-robot heart.

Now that you know how very much I loved that book, it makes perfect sense why I named my new laptop Angrboda, Bringer of Sorrow, Witch of Ironwood. In the book Angrboda is not just the bringer of sorrow and the mother of Loki’s apocalyptic children. She’s a powerful witch who men cannot kill though they’ve tried more than a few times to do it. I’m hoping the unkillableness of the OG Angrboda bodes well for this electronic Angrboda.

It’s been a long time since I had a new laptop so I spent most of Tuesday after transferring all of Gladys’ files making very important decisions like: should I make the pointer a different color and what accent color should I use?

The most difficult decision was choosing a new desktop background. For years it had been Underdog. So many years I can hardly remember when it wasn’t Underdog. Though I know there was a Scott Pilgrim phase and some Where the Wild Things Are years. The amount of thought I put into this inconsequential thing that only I will see was stupid.

Darling Ones, I took check design as a form of personal expression very, very seriously. Hell, when I switched to a credit union a few year back and bought new checks it took me three days to choose a design (retro cassette tape). I’m not entirely sure checks are still a necessity in life. I’ve written exactly two (one for a plumber and one for a furnace guy) since I got them. However, I saved like $300 bucks by writing a check to the furnace guy.

I spent so much time on Tuesday trying to find the right desktop picture that I didn’t eat dinner until after eight. In the end, I found one I kinda liked and then made it the exact perfect picture to express my unique personality. It’s like a mixtape desktop picture where I’m using someone else’s poetry to express how I feel. In this case, it’s Scott Hutchinson from Frightened Rabbit.

Just like another line in that song, I am armed to the teeth and I’m heavy-set,
Jodi

P.S. I am in love with Japanese Breakfast’s cover of “Say it Ain’t So” and have listened to it, no exaggeration, like twelve times today. It makes my heart go zoom. It also makes me wish I learned to play the violin and not the alto saxophone.