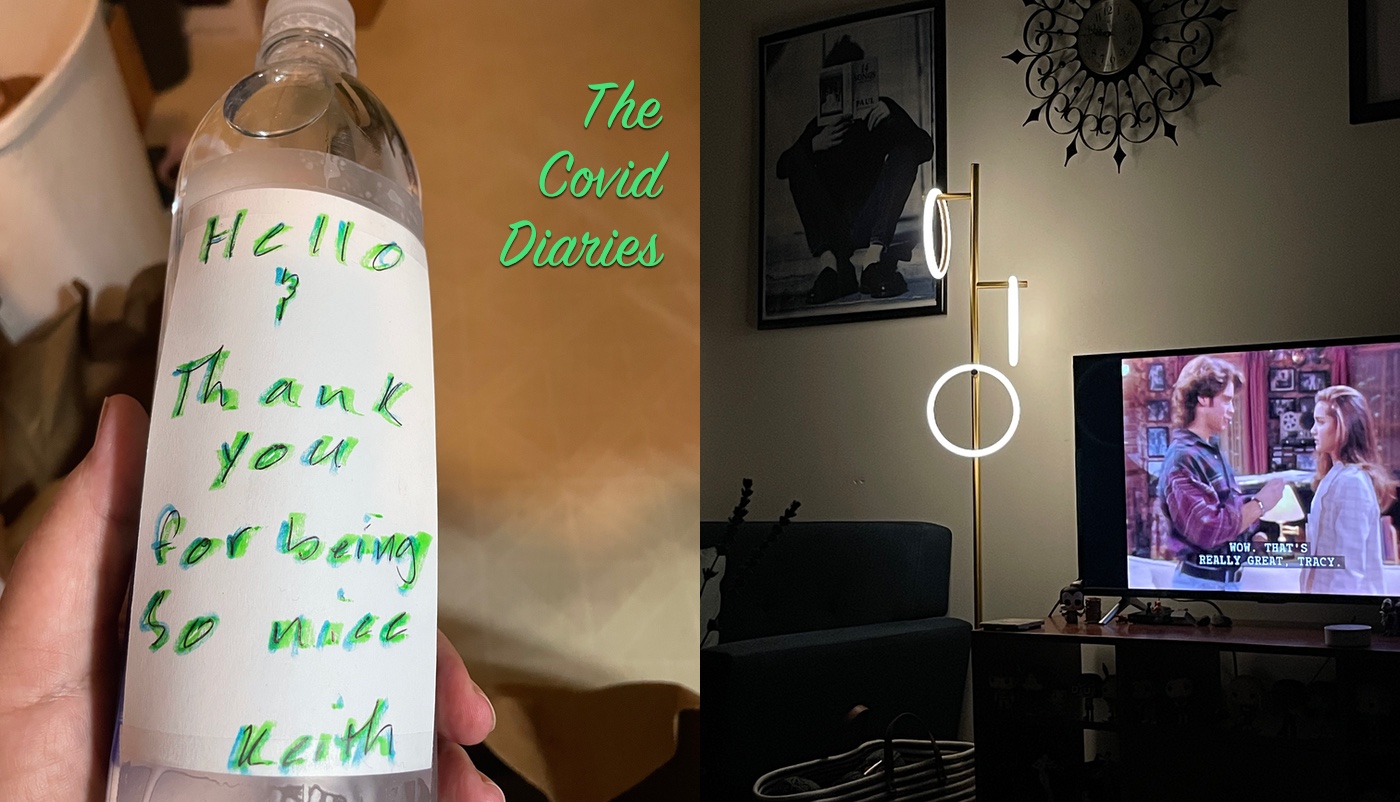 I’m sitting on the couch a miasma of anxiety and nerves because a repairman just left and I have a job interview in 58 minutes. Now that the repair is completed I feel 57% less anxious.

Inviting strange men into my house to do things is so unnerving, especially when I’m all alone. This repair threw me for such a loop that last night I had two separate dreams about being kidnapped. I’m a big, tall woman and I’m still afraid some man is going to murder me when he should be fixing my water softener.

One time I had a dude here to fix my furnace and he ended the repair with, “Okay, I kind of like you.” And my brain immediately went to “this is where he rapes and murders me.” Instead he told me I was funny and nice and then he gave me like $200 or $300 discount on the repair.

This leads me to one of the things I want to tell you about. Even before the pandemic started I would pick up my groceries from the store. Grocery pick up is the best thing to ever happen to me. If I never have to shop in a grocery store again where I am forced to talk to strangers about my body I will be happy. HAPPY! I don’t think there was ever not one single time that I went to a grocery store and was not asked about my height by a stranger. Not once. Ever. Never. So yeah.

Anyway, for a lot of the pandemic an adorable kid named Keith handed me my groceries. I adore Keith and many weeks he’s the only human being I spoke to. He’d tell me if he was having a good or shitty day and why the day was shitty. One time he’d gotten some unspecified bad news before work. Another time it was really busy and he was the only person on the schedule. Whenever he told me anything I’d nod my head and tell him I was sorry something was bugging him. One time we bonded over the fact that he drives a Nissan Cube and I told him how Sister #4 used to drive a Nissan Cube we called the Brave Little Toaster.

Yesterday when I went to get groceries Keith was not there. It was some surly white guy who did not speak any words to me. Which is fine, whatever, I’ve worked in customer-dealing jobs too and customers are the worst. I was frequently the surly white girl who sold Camel Lights to men who told me to smile.

When I was putting away my groceries I found a bottle of Smartwater (that I did not buy because I don’t buy bottled water) with a note taped to it. You can see it above. It said “Hello & Thank you for being so nice, Keith.” Darling Ones, my ice-robot heart grew four degrees warmer yesterday. When I posted the pic on Instagram Sister #2 commented, “This makes my cold dead heart melt a little,” which made me laugh because sometimes she and I are very much alike.

The other thing of the aforementioned two things? I bought a very cool lamp, which is also pictured above. I love it and am only a little bit bummed you can’t use the light rings as flashlight frisbees. Apparently they have to be on the connectors to light up.

Think good thoughts on my behalf. I’m 37 minutes from the interview and wearing my lucky Stevie Nicks shirt and hoping this is what my friend EM meant by being “presentable.”

UPDATE: I nailed it. Yay me.