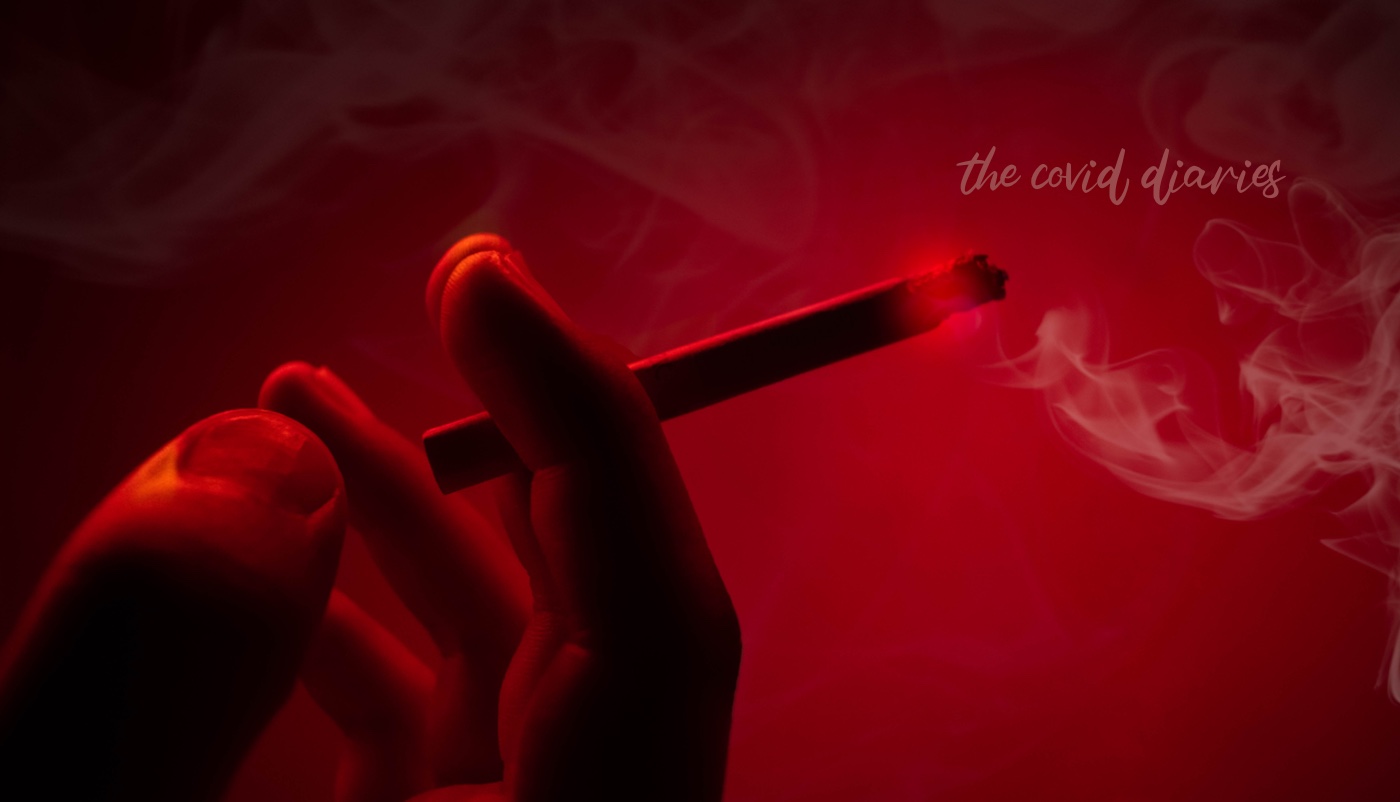 When I was a self-destructive twenty-two-year-old college student I used to spend a lot of time on a bench outside of Hibbard Humanities Hall smoking cigarettes. It was the mid-90s and you could still smoke on benches attached to buildings. While I don’t think I consciously timed it, I wasn’t organized or cognizant enough of the actual time, I could frequently be found outside on that bench puffing away as the cross country team ran past.

Whenever I was outside sucking down a cool, minty Newport as the guys ran by, a lot of them would shout “Chromes, seven minutes, gone.” I think LaFrenz, who I had the biggest crush on, started this. He had learned or invented the fact that each cigarette you smoke took seven minutes off your life. He took to saying it whenever he saw me smoking, which was often because in the 90s you could smoke in bars and I spent approximately 22 hours in bars every week.

And I’m sure each time I had a great come back like “It’s better to burn out than to fade away” or “Live fast, die young, and leave a beautiful corpse” or “Shut up!”

Lately, I’ve adopted the “seven minutes, gone” phrase and apply it to anyone who does something I find annoying. The application mostly happens in my head, because I’m not a total asshole. Usually, I say it to any guy who mentions being on, listening to, or having a podcast. I am so sick of podcasts and people talking about podcasts. Why don’t you read a book sometime? So now, in my head, I take away seven minutes of someone’s life when they talk about their podcast.

Today, I’m taking away seven minutes of my own life, because I keep thinking of a podcast I did with FFJ way before podcasts were cool or ubiquitous. It was called Bookclub Bitches. Each episode would find us drunk and giggling through a review of a book we had read. Then, when we were done we’d BILF the book. BILF = book I’d like to fuck and it involved talking about how far you’d go with a book if you were on a date with it. It was pretty amusing. At least to us. It ended because she got paranoid about having any personal information on the internet and I hated editing it.

The BILF scale is on my mind because I’m reading a book that I would not only fuck, but is making me reconsider my opposition to marriage. It’s called Women and Other Monsters: Building a New Mythology by Jess Zimmerman, and boy is it eye-opening. It’s the kind of book that has rearranged my brain and making me re-think a lot of things about myself, especially the monstrous parts of me.

This is mostly in a good way, but it’s still kind of painful. It’s like someone flipping on some bright lights when you’re used to the dark. It’s really very good and I will have more to say about once I let the ideas rattle around in my brain for a little while.

P.S. I listened to John Cougar Mellencamp’s song “Dance Naked” about seven times today. It’s low key sexy in a way that I never paid attention to before. I thought somebody should know.