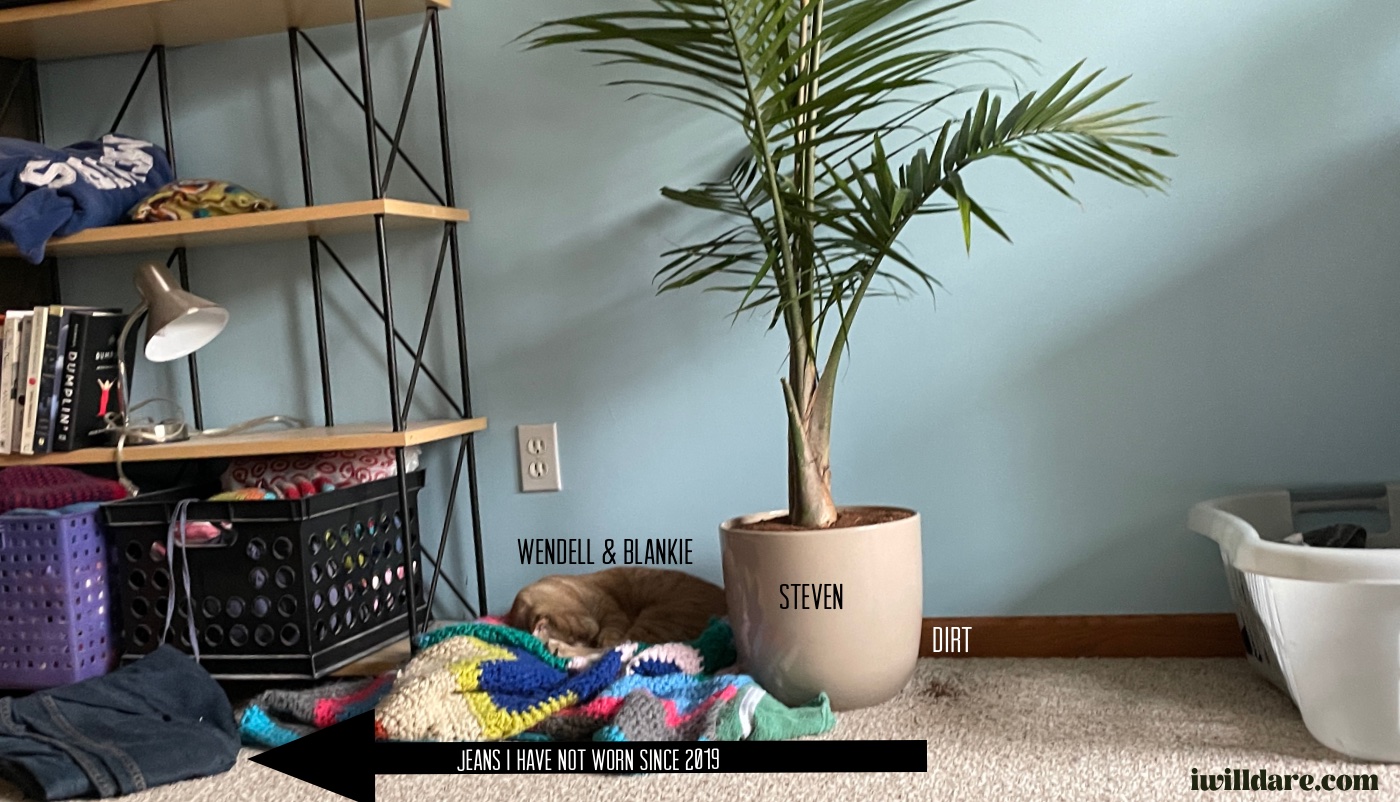 This afternoon I had one of those out of body experiences that occasionally happen when I’m talking to people about work things. Today it happened while I was talking to two people about some marketing stuff they want for their new business.

For the record, I call all the things I do to make the dollars “marketing stuff.”

I keep details of my work intentionally vague because even in 2021, blogging about it feels treacherous. Long gone are the days where I would straight up name names and complain about all the slights. Hoo boy, was a I dummy back in the early aughts. Besides, exactly who they are and what they’re doing is of little value to this story. This is about me. ME! (if you were here you could hear me sing that last me operatically complete with dramatic arm gestures)

So at one point in the meeting it was my turn to speak and as I was spitting out all kinds of knowledge my inner voice floated outside of me and was cheering me on. “That’s right, you do know some stuff. Wow, you are really smart. Lookit you go with these smarty smart smart insights!”

I don’t know why 25 years into my career I still surprise myself by knowing things. My guess it’s a side-effect of growing up and working in a patriarchy where my intelligence has been constantly questioned since the very moment I realized I had intelligence.

Wanna know what else I did in this meeting? I stated my preferences about work and meetings with only a little bit of explanation. For instance, I told them I would prefer meeting virtually rather than in person. On a good traffic day I live 30 minutes from downtown Minneapolis. During rush hour or a bad traffic day that can be a 2-hour commute, which isn’t worth it for a one-hour meeting, you know?

Also, I told them I don’t like to speak to people before 10 a.m. They were so understanding and had zero problems with my requests.

Frankly, I’m surprised how empowered and in control this makes me feel. Is this what men feel like all the time with people just doing what they want because they said so? I could get used to this.

The fact that any of this happened at all is a minor miracle because I am running at a sleep deficit. While I am working on developing some habits — earlier to bed, earlier to rise, exercise, breakfast, Spanish, NYTimes mini crossword, work — Wendell is too. His new habit is to spend from 5:30 a.m. to 5:45 a.m. fucking with Steven, the bedroom tree. Sometimes he likes to play with Steven’s fronds. Sometimes he likes to dig in the dirt. Sometimes he likes to stretch his front legs against Steven’s trunk. This morning he was trying to uncap the water reservoir (Steven came in a self-watering pot). I swear the cat has an alarm set because he goes at that tree every morning like clockwork.

Wendell also likes to sleep on his blankie curled up next to Steven, which is adorable. However, I’m not always the best at falling back to sleep once I am rudely awakened by cat & tree noises. I’m hopeful this is a phase that will pass once Steven’s newness wears off. I hope so, because a bitch is tired.