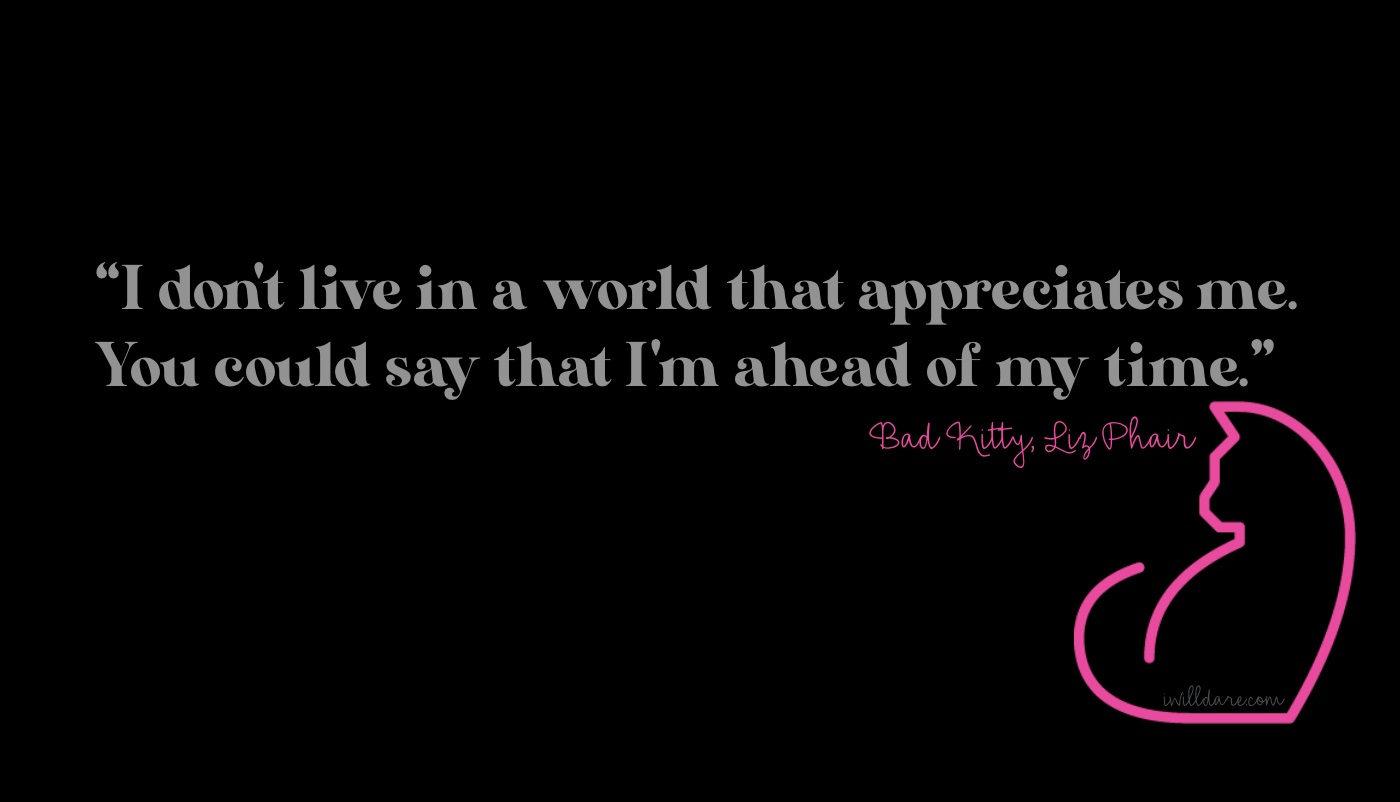 Here’s a thing that I didn’t expect to happen: I like Soberish, the new Liz Phair record. A lot. Frankly, I’m kind of shocked by this development. The singles I’d heard off the new one didn’t do much for me, and I was disappointed by that “live” stream. So I did not expect much going into this, her first new record in eleven years.

In case you are new here and haven’t memorized the 21-years worth of I Will Dare dot com archives, Liz Phair’s music means the world to me. She’s right up there with Paul Westerberg on Jodi Chromey’s Personal Mount Olympus of Musicians.*

Liz Phair is the soundtrack to my sexual coming of age. Yeah, this didn’t happen for me until I was twenty-one. I was a late bloomer because I grew up in a house where I was told men would not be interested in me because I was too tall and too fat. Because of this I missed a lot of opportunities to make out with cute boys. I also ended up in a lot of situations that didn’t work out so well for me because I wholly believed men were not sexually interested in me and did not see the sexual assault coming my way.

Some of my most significant firsts happened because of Liz Phair: First show at First Ave, first tattoo before that concert at First Ave, the first time a man bought me a drink in an attempt to get into my pants** also before that concert. That concert was a big night for me. There were other momentous occasions too. I was twenty-six and working at a gas station when “Polyester Bride” came out. I think I was just starting my relationship with the TTHM when “Why Can’t I?” was released.

In the immortal words of Neko Case (also on Mount Olympus) in “Guided By Wire,” even in my darkest recollection, there was someone singin’ my life back to me. And so often over these past 27ish years it has been Liz Phair.

She does it again on this record. Specifically the song “Bad Kitty” which starts with the wonderful line about her pussy being lazy and fat until it spies a man it wants (same, Liz, same), but is more about being someone who isn’t appreciated and is ahead of her time.

A lot of the songs seem to be about Phair coming to terms with her multi-decade career and hitting that mature woman age while also still fucking up relationships like she did in her twenties. There’s two songs “Ba Ba Ba” and “Soberish” that hit so close to home I’m not ready to write about it yet.

Make no mistake, there’s a few songs on here that I loathe. I have to skip “In There” due to all the electronic noise I call “music for robots.” I also skip “Rain Scene” which I realize is supposed to sound like rain but just sounds like forty-seven seconds of someone peeing on something. Bleh. However, she gets a bunch of gold stars for bringing back her bartending friend from “Polyester Bride” in “Dosage” where she sings, “I reach for words Dear Henry told me.”

I’ll have more to say about this record later, probably once I get my actual copy, but I just wanted to share my delight at liking something I thought would be ultimately disappointing.

Flapping my wings & flying away from here,
Jodi

*I just invented this and plan to give it some thought and use it henceforth to bestow greatness upon the worthy.

**I did not recognize this while it was happening. My friend Amy explained it to me as we drove back to Eau Claire. She would do this many times throughout our friendship. I really was (am?) that oblivious about men’s attraction to me.