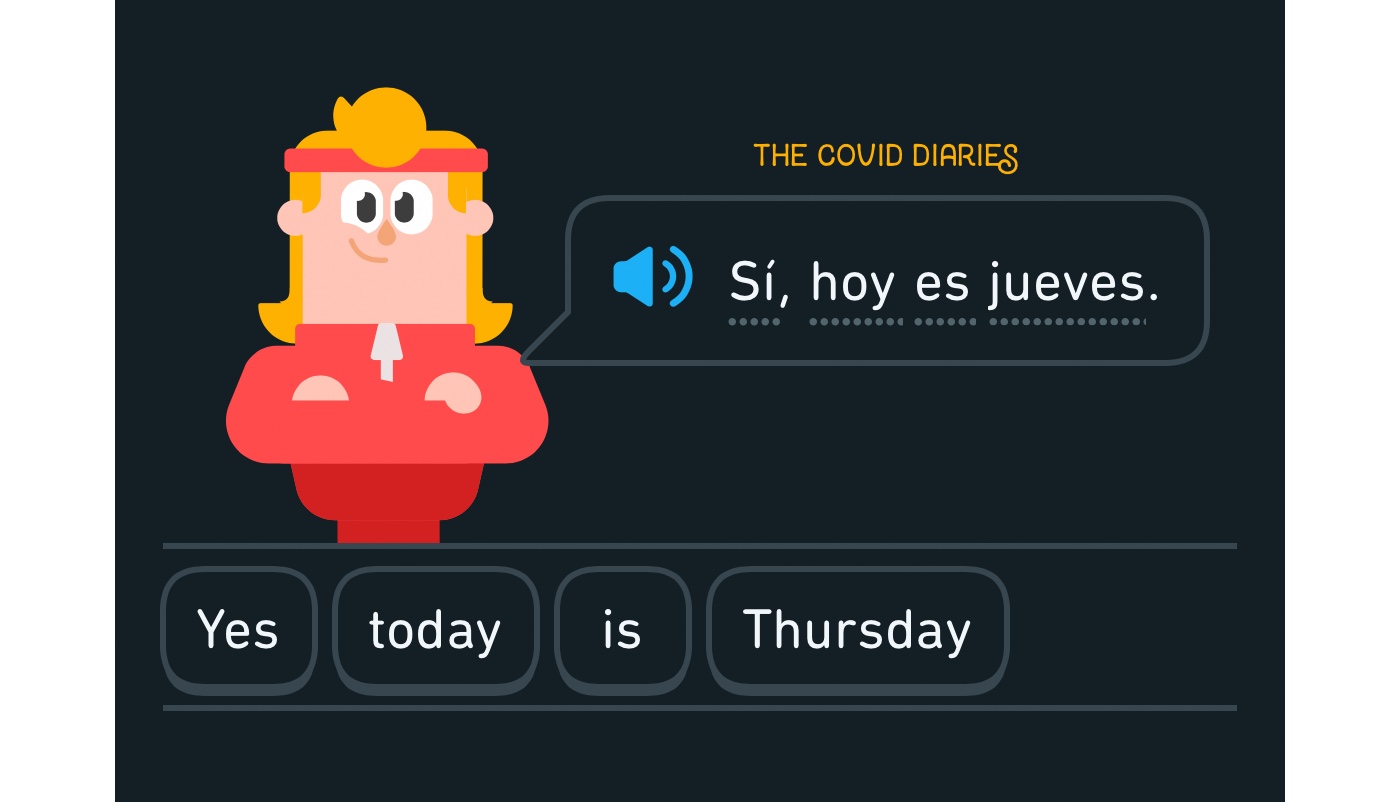 No flower yet. Since I was never pregnant I’m gonna pretend that you are all as excited about the blooming of this flower as you would be if I were having a baby. I realize this is putting me uncomfortably close to being a person who calls my plants her babies or Wendell my fur baby. Trust, that will never be me. It’s been almost four years since I had to put Paco down and I’m still mad that the vet kept calling me his mom. Gross.

My plants are my colleagues, obviously. Wendell is a trash goblin that haunts my house.

Now that we’ve got that clear I must admit I’m feeling kind of grody, filled with dread, and generally melancholy today, which is not Thursday but feels like Thursday. I’ve been complaining for ages that every day has felt like Thursday since March 13, 2020 and here we are on the 33rd of July and it’s still Thursday.

Duolingo, the app I use to learn Spanish, tells me all the time it’s Thursday, as witnessed above. It is rarely actually Thursday. I live in an app-based web of lies. Today I marked the “I am not a robot” box when logging in on some site. A total lie.

For the first time since the pandemic started on Thursday the 82nd of Septober I’m longing for an endless Thursday.

One of my worst/best traits is my ability to remember people’s birthdays (and astrological sign). It’s like once I know your birthday it never leaves my brain. The co-editor of my high school student newspaper that I had a huge crush on? October 18th. Kurt Vonnegut? November 11th. My cousin Wendy, May 12th. I might not always get the exact day, especially if it’s in the 20s of the month, but I can usually get it within a day or so. Having Sister #4 born on my eighth birthday is probably what gave me this superpower/curse.

I wish I could forget Friday is the Ex’s birthday (also Johnny Cash & BFK’s oldest kid). I keep telling myself to forget it, and if you read any of the paragraphs above you know that’s not gonna happen. The birthday is extra tough. It was my birthday when I realized the relationship was over. They* forgot my birthday. Like totally, utterly forgot. Forgot so hard they didn’t even speak to me on my birthday. At all. Not even a friendly text.

So that sucked, but at least it finally opened my eyes to how very little I mattered to them. I’ve given myself permission to wallow all about the end of the relationship in Friday’s letter. I’m hoping by that time I can stop feeling so sad about and tap into my anger and, well, pride that I finally got out. You know?

Ugh. Anyway, tomorrow’s actually Thursday and I got some donuts to celebrate the momentous occasion.

* Pronoun disclaimer: I feel shady & shitty using they/them pronouns. My ex is a trans-woman. For most of our relationship she presented as male. She came out to me eight months before the end of our relationship. Using he/him is wrong. Using she/her feels like I’m misrepresenting my sexuality and appropriating a queerness that doesn’t belong to me. Gender is hard. Sexuality is hard. I will have a lot more to say about this at some point, but not right now. I’m not ready.