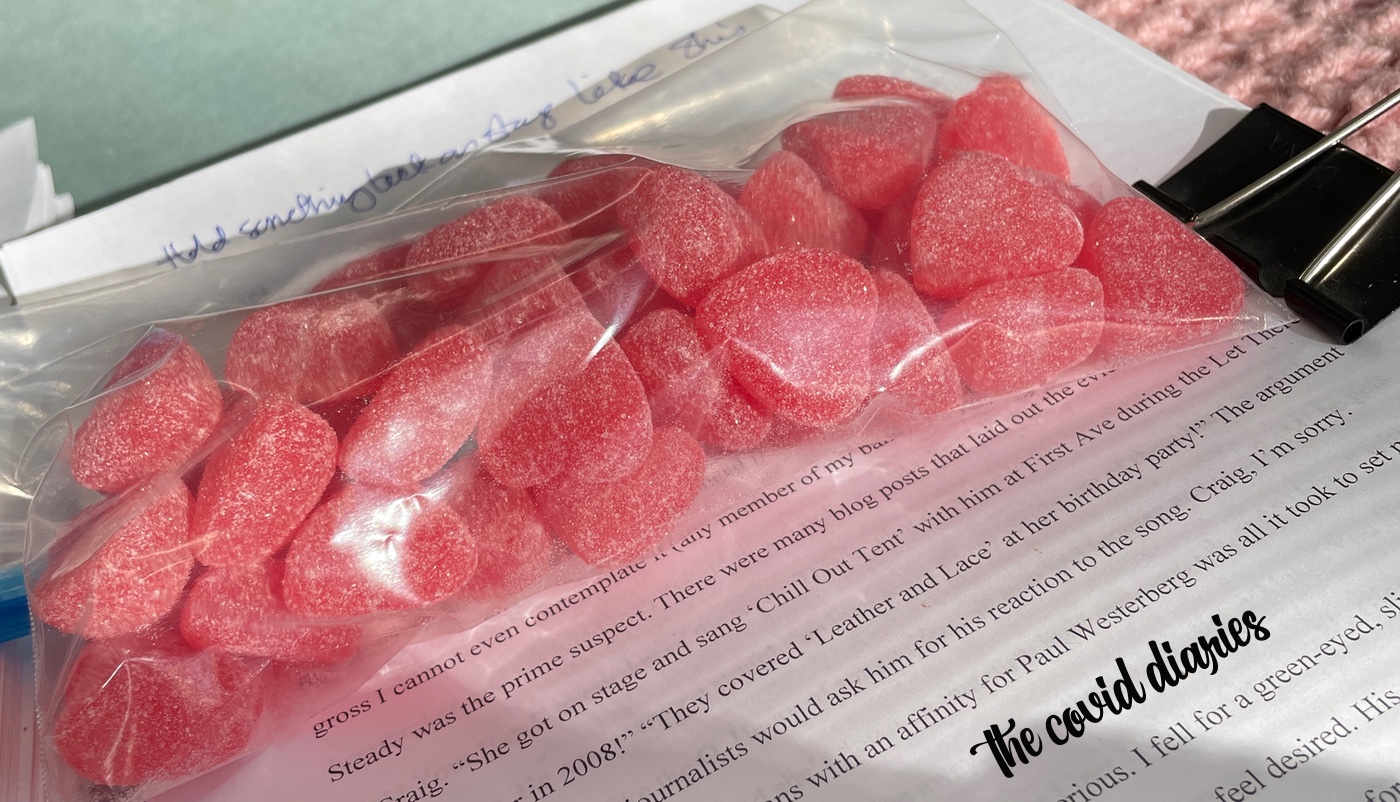 I have typed and deleted roughly 600 words so far during the creation of this letter. My brain is a little spinny today. I can’t seem to grasp any thought for more than a few seconds. It makes writing difficult and when you’re a writer that makes your day wholly unproductive.

Earlier today I thought I’d write about all the things I did today, like that Frightened Rabbit song that slays my heart all the time, but that got sad too and I’m really bored with talking about my own loneliness. This is probably why my other ideas failed today too.

So all I got to tell you today is that I ran out of Atomic Fireballs. I didn’t think this would ever happen. I have told you about how much I love Atomic Fireballs, yes? Up until today I ate one just about every day since maybe 2016? It was usually a post-lunch treat. Frequently it was lunch.

Why 2016 you might wonder. That’s the year my mom decided to buy me a fuckton of Atomic Fireballs every time she went to the World’s Largest Candy Store, which is not far from where I live. I had mad a casual remark about loving them at some point and that year she went to the candy store all the time. I think because my Aunt Jackie was in town and they went there a lot.

In 2019, after surviving a nasty bit of rough, my BFK (Best Friend Kari for those who don’t remember) brought over a googob of them to cheer me up. This is not a complaint. I love that I have people in my life who will buy me weirdo candy because I like it. It makes up for the lack of hot guys willing to bring me cookies.

Lucky for me running out of Atomic Fireballs has coincided with the release of Valentine’s Candy. I mean, why wouldn’t it? This being the third week of January and all. While Atomic Fireballs are my #1 cinnamon candy jam, a close second is Brach’s Cinnamon Jelly Hearts. They are the perfect squishy candy. Gummi anything gives me the shivers of horror. I’ve watched my sisters plow through a 5-pound bag of gummi bears and barely survived. But these Jelly Hearts are kinda like Dots, but cinnamony and covered in sugar. They’ll do until I get in a new shipment of Atomic Fireballs.

In other news, I’ve decided if I don’t get a begonia soon I might die. Also, I’m trying to not buy anything that isn’t an absolute necessity until March.

At least seeing which side of my personality will win out will give me something to do.
Jodi