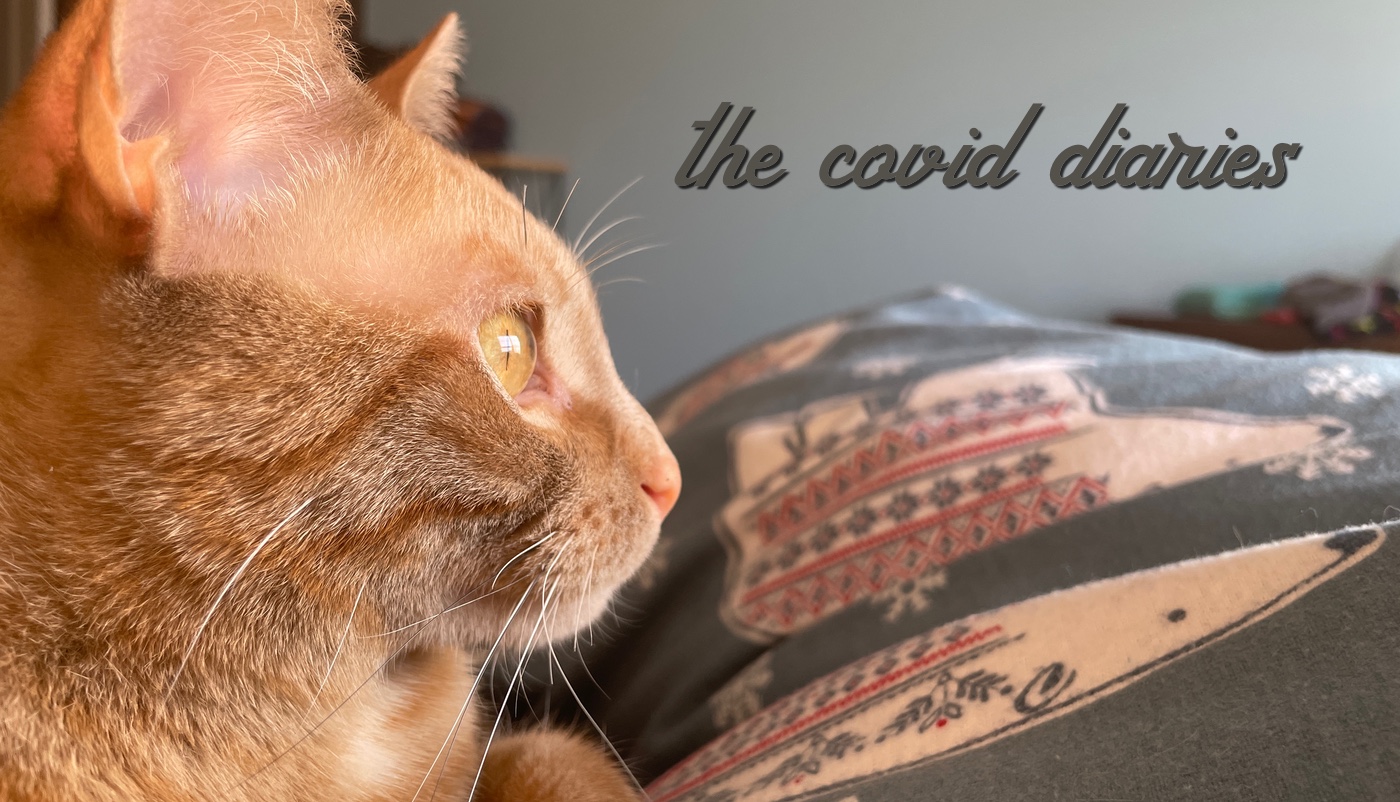 I got a phone call from a client this morning before I had even poured my coffee. I was in the middle of putting a vegetable beef soup in the crockpot and was super salty that my phone was ringing. It was 9:30 so not early at all, but still, there was saltiness.

Wendell, the ginger goblin that inhabits Supergenius HQ with me, has decided that four in the morning is the perfect time to play fetch. In general, he thinks 4 a.m. is the perfect time for all his shenanigans. Living with him is like living with a furry drunk and I wake each morning to all the drawers in my bathroom open and the cupboard too. Today when I came downstairs one of the lamps was knocked over, the drawer under the oven was open, and so were two of the kitchen cupboards. Thankfully he leaves the Sadness Garden alone.

You can say a lot about Wendell Gary Hobbs, but he’s no dummy. My sisters have voted him the smartest cat in the family, which is saying a lot because there were five other cats vying for the title. Wendell’s superpower is that he has a really good grasp of object permanence and a memory like a fucking human. This means that when he wants to play fetch at four in the morning I can’t just hide the pipe cleaner under my pillow and shoo him away, because the ratbastard will dig around for the pipe cleaner until I toss it out of the room. Then, of course, he brings the stupid thing right back.

He’s been doing this the past few nights, so I’m fucking exhausted. The one good thing is that he’s still a cat and his cat brain will soon decide on something else to do at four in the morning leaving me to my glorious sleep.

So, yeah, I was salty this morning and not really in the mood to talk to anyone. Some times the energy it takes to appear all right is more than I can muster.

Even though I didn’t want to, I called my client back. This client is sporadic, at best. She’s a retired professor turned artist and is fucking hilarious in the way women who have reached their sixties and give zero shits are.

And that, Darling Ones, made me so glad I called her back. Who says that? “I’m in a bad humour?” I’m still so fucking delighted. That phrase and the way she said it has gotten me through this shitty day where I’m too tired to distract myself from the endless boredom and sadness that is this pandemic.

P.S. Every day I keep thinking I should stop with the daily posts because I rarely have anything to say and even I’m kinda sick of reading “I’m sad. I’m bored.” But then I remember that these posts make me feel like I did more than just barely exist today. And that’s something right?