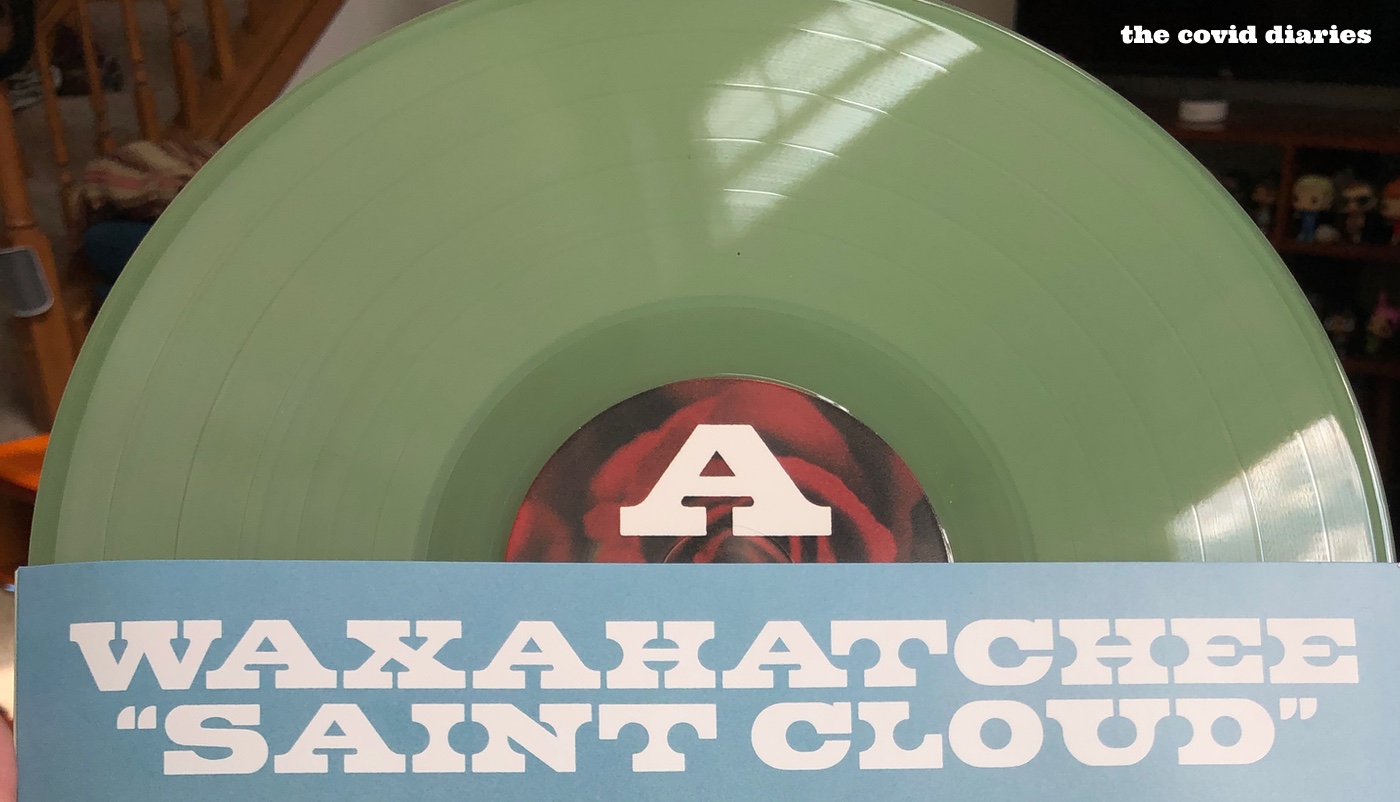 So I finally looked up the difference between fetish and kink. In case you too are curious:
kink: In human sexuality, kinkiness is the use of non-conventional sexual practices, concepts, or fantasies.
fetish: a form of sexual desire in which gratification is linked to an abnormal degree to a particular object, item of clothing, part of the body, etc.

Anyway, with Spotify unleashing its year-end wrap ups for people who use the platform, yesterday was like Kinkmas for me. So much judging. . . so aroused. 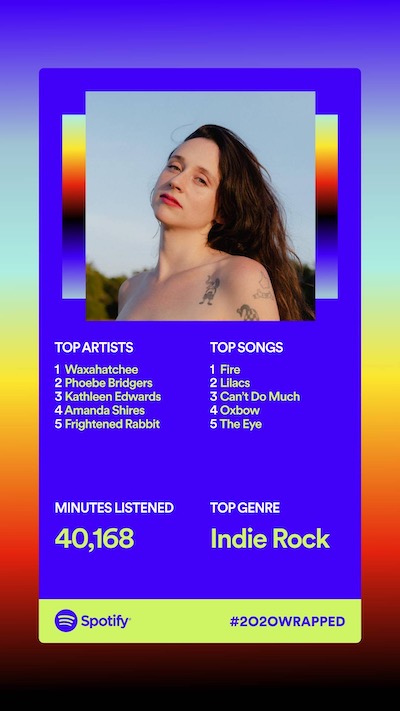 I just said that for the bit. I only judged very harshly those with ZERO WOMEN in their top five lists. WTF people? Stop it! Janis Joplin did not put up with misogynistic bullshit for you to listen to music only made by men.

As you can see by my list I mostly listen to music made by sad white people, mostly women. I gotta fix that in 2021.

In the meantime, can I just praise that Waxhatachee record? According to Spotify I spent 2,160 minutes listening to it and I would have to say those were 2,160 minutes well spent. Also, a gross understatement. I have the record and I sang along to it last weekend while tending to the Sadness Garden.

I had been a causal listener of Waxhatachee up until this record came out, mostly when her stuff would shuffle into some daily mix or something. But when I heard her sing the line West Memphis is on fire in the light of day, it latched into my brain and never let go. This record is all about a woman re-discovering who she is, I’m wiser and slow and attuned.

And if you’ve paid any attention to what I’ve typed in this window over the past few months, you can see why this resonated with me so much. The song “War,” slays me on a daily basis. I keep lying to myself. I’m not that untrue. I’m in a war with myself
It’s got nothing to do with you.

The song “Lilacs” lives, as the youths say, rent free in my head 24-7. I love lilacs, they are my very favorite smell on planet Earth. Every morning before I get dressed I spritz some Lilac Path perfume on my neck and it makes me very happy. My scent goal is to smell like an old man in a forest sitting next to a lilac bush. I got the lilacs down now I just need to figure out the rest of it. I’ve come close because I bought some of those Downy scent beads that smell like Old Spice. Also, I use a bodywash that’s supposed to smell like foresty men. I’m not sure why dudes get to smell like a forest all the time, but whatever I digress.

Yes, my life is basically a musical, thanks for asking.
Jodi

*This is another thing from “Almost Famous” that I do all the time, only in the movie he says, “Iggy Pop, Amen!”