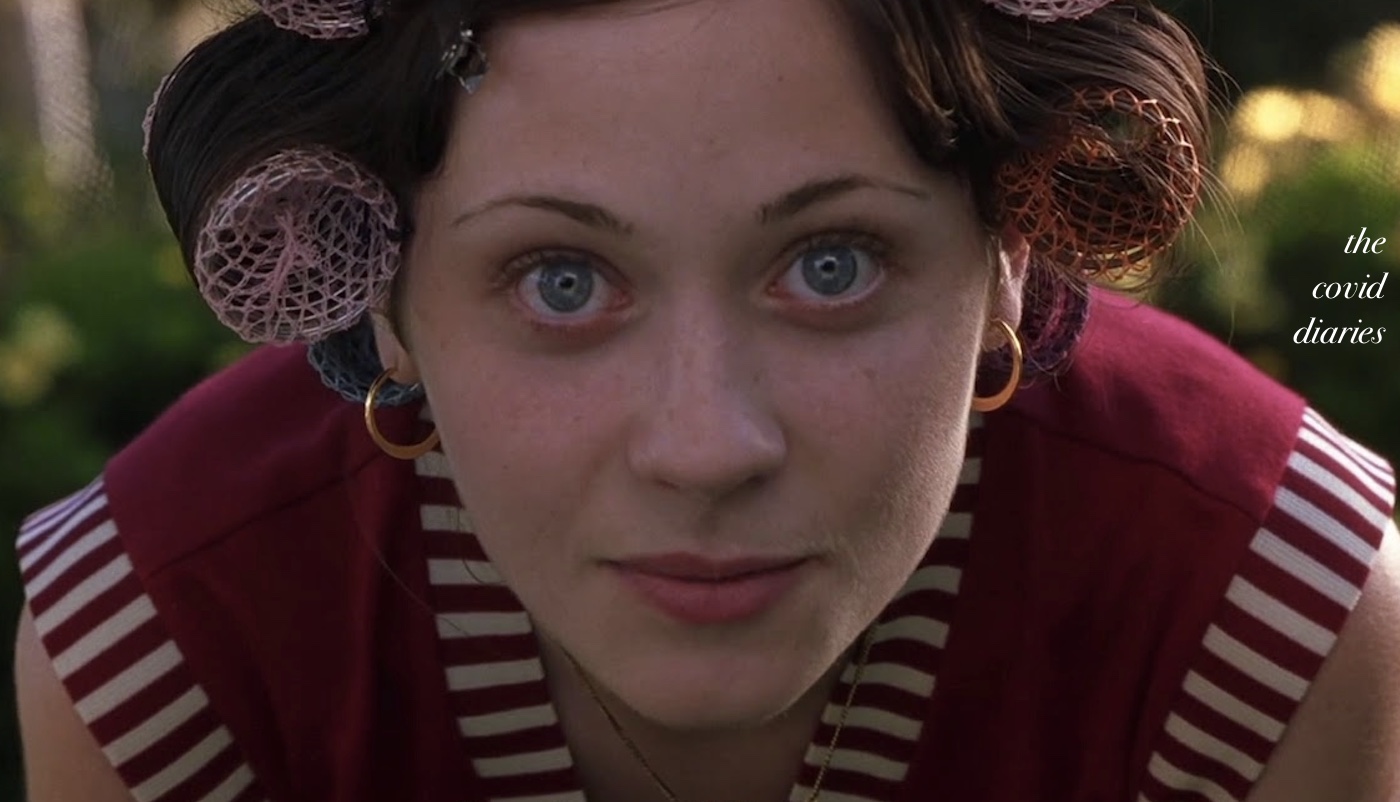 I’ve seen the bootleg cut of “Almost Famous” so many times that I can’t remember which scenes are from the extended version and not included in the regular movie. In general, this doesn’t cause too many problems in my life because I’m the only psychopath I know who has the movie memorized.

The memorization of this movie only becomes an issue if someone has the misfortune of mentioning Jim Morrison* in my presence, then I have to go into: “Jim Morrison? He’s a drunken buffoon posing as a poet. Give me the Guess Who. They’ve got the courage to be drunken buffoons which makes them poetic.”

Oh, and on a daily basis I say to Wendell when he wants to be pet longer than I want to pet him, “Look, I can’t stand here all day talking to my many fans.” He never gets the reference.

This is all preface to say I don’t know if the Zooey Dechanel scene where she says “This song explains why I’m leaving home to become a stewardess” is in the bootleg or regular version. The song is “America” by Simon & Garfunkel and at the end of the scene Zooey says, “One day you’ll be cool.”

Today while I was doing things to make me feel better** the song “Solitude Standing” by Suzanne Vega shuffled up. It simultaneously made me think of that scene in “Almost Famous” and me trying to explain to my 12th grade humanities class why this song meant so much to me. I was going re-tell the story, but it looks like I did an okayish job of explaining that whole thing in 2012. However, remembering this whole thing has made me wonder are some people just preternaturally lonely? Because I know I didn’t say it in 1990, but fuck I loved this song because it made being a loner seem like a superpower.

Anyway, sometimes I hate having a 20-year-old blog because I’m pretty sure I’ve told all the stories I have that are worth telling.

*Today I finished the phenomenal Janis: Her Life and Music by Holly George-Warren, and in it I learned that Janis said Jim Morrison was a shitty lover. I am unsurprised and yet delighted by this.

**I was making Thai red curry chicken noodle soup because making soup is how I take care of myself.